Brace yourselves, readers, this week’s column is going to be another adventure in pitching hypothetical new game concepts that I have no time to make myself and don’t expect anyone else to attempt either. This is one I’ve been thinking about for a while and for which the aftermath of my DC Universe Online review will serve decently enough as a vehicle, because it concerns RPGs, or at least, RPG elements.

Some weeks ago I was attending a barbecue, being in Australia and all, and someone got me gabbing off about videogames, which like a burst dyke is a lot easier to get going than it is to plug up. I was repeating a statement I’d made before concerning RPG elements, stating that I’d played a lot of games with RPG elements where the game gets easier and easier towards the end as you gain more and stronger powers, which is failed design because games are supposed to have escalating difficulty curves. And that led me to wonder if it doesn’t make more sense for a game with RPG elements to have you level in reverse. That is, where you start off in your strongest form, become weaker and weaker over the course of the game, lose abilities one by one, and finally end the game with barely a peashooter and a saucepan lid breastplate to your name.

Here’s how I imagine this game working, which for now we’ll just title Tfarcraw Fo Dlrow. You start off as a level 85 demigod in a wealthy and decadent court of heroes, but after some terrible threat strikes the land you are forced to embark on a series of quests, each of which takes its toll through either injury or exhaustion, gradually and permanently reducing your stats. After a while you’re too weak to defend your home nation and must flee to a neighbouring territory where the threat hasn’t escalated so far, but this is also some kind of spiritual pilgrimage where at various points you’re required to select one of your legion of special powers and abilities to be simply erased from your repertoire before you can proceed. There’d need to be some kind of gating system to stop people getting into later areas too early and stomping all over them.

Now, at first glance, this idea seemed completely indefensible, even to me. “Make the player stronger as they proceed” is part 1 of lesson 1 of game design 101. What possible motivation would the player have to keep playing if they’re just going to get weaker? Traditionally one keeps a game interesting by routinely adding new gameplay features, not taking them away. But we can only break free of a dreary cycle of churned-out me-toos by taking a step back and completely reassessing. And the more I think about it, the more levelling backwards makes sense.

The main reason people play games is to progress through them, experiencing the story and exploring the changing terrains around them, which in our hypothetical TfD is only possible by playing and the consequent levelling down. I have a hunch that the desire to get stronger in a game comes out of the broader desire to progress through it, and if the player understands that weakening is what brings progress in this case then they’ll be happy to go along with that instead.

Secondly, after recently playing a World of Warcraft mage up to level 60, I couldn’t help noticing that the bottom and sides of my screen had gradually become wallpapered with miscellaneous spells, some of which I never used at all. If the player started with all of those, they could decide straight away (well, after some experimentation) which ones best complimented their play style, making the choices of what skills and spells to get rid of initially easy and increasingly heart-rending. Many games already do this to an extent: most recently I’ve been playing Two Worlds 2, which at the start teaches you virtually every skill at its most basic level, then encourages you to level up the ones you like and let the others slowly atrophy. Conversely, games with RPG elements in which new weapons are introduced staggeringly (such as Bioshock) often result in me keeping steadfastly to the weapons I’d picked up early and been pouring my points into rather than take a chance with something new. This also brings to mind the practice of games like Metroid Prime or Darksiders to have an introductory level where you have all your abilities at the start, but they’re all swiftly taken away; it’s a means of showing the player how much is at stake. 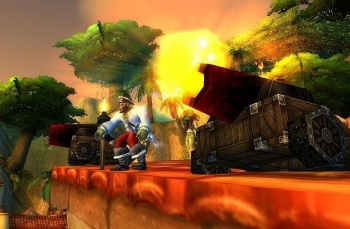 Next, it makes considerably more sense from a storytelling standpoint. The main issue with using a traditional hero’s-journey structure in games, as I’ve said before, is that these stories are rooted in adversity, in the hero being in a losing position right up until the end, while a game structure depends upon the hero winning at every turn – it can’t continue otherwise. In TfD, you still have to win all the time, but in a succession of Pyrrhic victories that leave you worse off than before. When you fight the final boss, you are at your lowest point – exactly where drama demands that you be before the final act reversal. This makes the villain’s threat more vivid, and your eventual tortuous victory more satisfying. It’d avoid the common issue that I choose to call “Resident Evil 4 Syndrome,” in which the final boss still attempting to come across as smugly threatening at the final showdown falls a little flat, considering that the hero has just one-man-armied his way through every single one of their allies and resources.

Finally, if the game were an MMO, it would rather neatly eliminate the practise of griefing nubs. This will however almost certainly result in a reverse problem where the newbies grief the oldbies. This may be the issue that renders the concept unworkable, since ideally in an MMO you want the newbie to aspire to be on the same level of the other players they see, that’s part of what drives them to keep playing, but I can think of a few counterpoints to it.

Firstly, the newbies will probably have a lot of fun bullying the older players, giving a good first impression that may lead them to be suckered into continuing playing the game, but the more they grief, the weaker they’ll get. Whatever you do in the game, levelling down would be virtually unavoidable. If the game’s designed properly, then by the time the nubs get to the point that griefing isn’t so fun anymore, they’ll be hooked on everything the rest of the game has to offer, just in time for a new batch of nubs to come a-griefing – tee hee!

And second, status in an online game (and indeed many online environments) is often awarded, not by ability or merit, but by who’s been around the longest. Take a look at all the supreme champions of the human race who thunderously announce “FIRST!” in the comments for every single fucking video I’ve ever made. By this logic, the most respect in TfD would be given to the weakest, scrawniest, brittlest motherfuckers in the land, regarded as wise, refined self-disciplinarians like mountaintop holy men, while all the big strong lads are considered brash, dumb thugs who barely know how to use the dustbin full of spells they’ve got strapped to their massive backs. Griefers and trash-talkers might even come out of the experience with a whole new attitude.

Perhaps this game could change the world. Perhaps it could bring the shake-up that the Internet desperately needs, but without any of the awkward side-effects that come with surgical nuclear strikes. 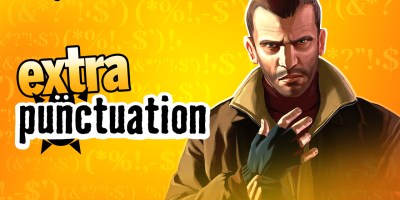