When The Expanse launched in 2015, it was heavily sold as “Game of Thrones in space,” with the comparison attributed to “industry insiders” even before the premiere.

That comparison makes sense, particularly in the world of “peak TV” where it’s easier to sell a new concept as some “[x] meets [y]” combination of recognizable and marketable brand elements. Given that so much of modern television production has been defined by the search for “the next Game of Thrones,” that comparison is an appealing one. However, it also provides an interesting lens through which to examine The Expanse. What makes it similar to Game of Thrones? What makes it different?

Even beyond the basic concept of a deconstructionist epic working in a familiar genre, The Expanse seemed destined to be compared to Game of Thrones. Ty Franck, who co-wrote the Expanse novels with Daniel Abraham under the pen name S.A. Corey, famously worked as an assistant for A Song of Ice and Fire author G.R.R. Martin. For his part, Martin provided the Expanse books with enthusiastic pull quotes that seemed to suggest similarities to his own sprawling epic. However, the comparisons run deeper than that.

This is obvious looking at the first books and seasons in each saga. Both Game of Thrones and The Expanse open with a decoy protagonist, played by the most recognizable name in the cast. Game of Thrones had Sean Bean playing Ned Stark, while The Expanse cast Thomas Jane as Detective Joe Miller. Both The Expanse and Game of Thrones cleverly play with genre, casting these characters as detectives unravelling a mystery that organically introduces the audience to these fantastical worlds.

Neither protagonist would make it out of the series’s first act alive. Ned’s death towards the end of the first season of Game of Thrones was a game-changing moment for television, one that arguably inspired years of pale imitation. Miller’s departure midway through the second season of The Expanse is less radical because it exists in the wake of Ned’s death, but it serves a similar purpose of bidding farewell to the biggest star in the cast so that the ensemble can prosper. Game of Thrones and The Expanse are similarly structured, featuring a large cast spread across a vast geographic area. It’s this feature that distinguishes The Expanse from earlier breakout science fiction shows like the Star Trek spin-offs or Battlestar Galactica. While shows like Star Trek: Deep Space Nine or Battlestar Galactica would occasionally split the cast for epic stories, these were the exception rather than the rule. In contrast, the cast separation on The Expanse is the norm.

This is most obvious in the recent fifth season, which splits the crew of the Rocinante across four plot threads. However, even the fourth season divided the crew, with James Holden (Steven Strait) and Amos Burton (Wes Chatham) on the surface of Ilus, while Naomi Nagata (Dominique Tipper) and Alex Kamal (Cas Anvar) are stuck in orbit. Characters are often absent for episodes or stretches at a time — Chrisjen Avasarala (Shohreh Aghdashloo) barely appears in the second half of the third season.

The Expanse regularly follows story threads scattered across the gulf of space. The early seasons had separate threads organized around the powers of Earth, Mars, and the Belt. The fourth season expands the action to “New Terra,” a planet in a different solar system, while also cutting among an election on Earth, hints of social decay on Mars, and scheming among the tribes of the Belt. As with Game of Thrones, even the opening credits of The Expanse are a helpful geography and history lesson.

While these overlaps speak to the evolution of series production — spurred by Game of Thrones pushing the boundaries of what was possible on television — they also hint at a larger thematic resonance between The Expanse and Game of Thrones. This common structure is more than just a way of suggesting scale and scope. The deliberately fragmented ensembles and geographies of Game of Thrones and The Expanse suggest characters only seeing pieces of a much greater whole.

Both Game of Thrones and The Expanse are stories about mankind confronted by larger external threats, struggling to cohere in the face of extinction. Game of Thrones and The Expanse introduced these existential threats in their opening scenes: the horror of the White Walkers and the nightmare of the protomolecule. Indeed, The Expanse even develops further, suggesting the real threat is the unseen alien menace that destroyed the society that created the protomolecule.

However, The Expanse differs from Game of Thrones in a number of important ways, which suggests that Franck and Abraham have learned from the challenges that faced Martin in finishing his epic saga. It is notable that Martin has had to constantly expand the scope of A Song of Ice and Fire, adding books to his plan and pushing back on deadlines. It’s debatable whether Martin will ever finish his saga. In contrast, the last book in The Expanse is due this year.

Notably, the big arcs in The Expanse tend to tidy up after themselves, rather than expanding infinitely outwards like in Game of Thrones. Obviously, each arc of The Expanse feeds directly into the next in a logical manner. However, the series is willing to wrap up plot threads as it goes, treating them as finite concerns. The protomolecule hybrids drove much of the first two-and-a-half seasons but are no longer a driving force. Ilus dominated the fourth season but is now resolved.

Franck and Abraham employed a 30-year time jump between the sixth and seventh books in their series as a way of getting everything lined up as “one big plot arc coming to the finale.” In contrast, Martin considered, but eventually decided against, a five-year jump before A Feast for Crows. Naturally, a jump would allow for a lot of the narrative logistics necessary for lining up an endgame to occur off-page and off-screen. (Even Boardwalk Empire used such a jump in its final season). 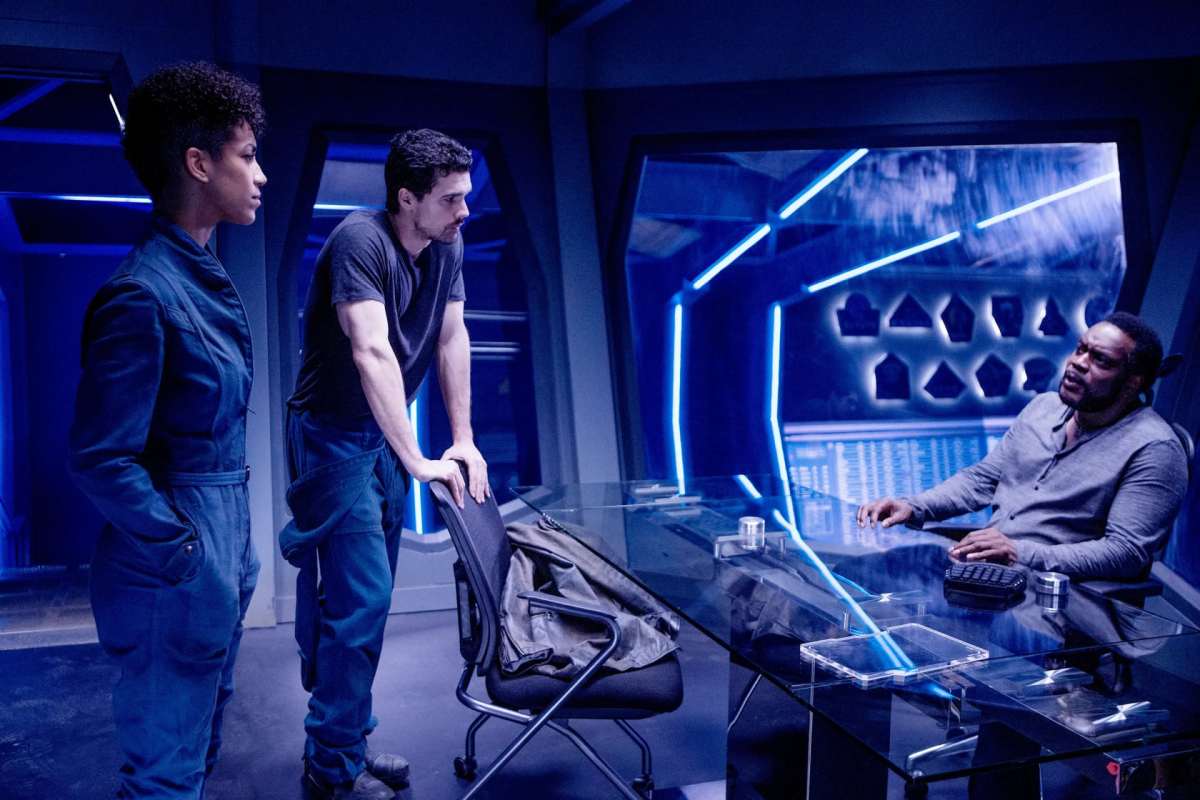 Martin has talked about the challenges of lining up characters and events, referring to the difficulty of getting characters to the right places at the right times as the “Meereenese knot.” As A Song of Ice of Fire (and Game of Thrones) grew ever outward and more complex, the challenges of aligning those characters and those plot threads became increasingly difficult. Martin has spent years trying to resolve these problems, while the television series did not have that luxury and had to fudge a bit.

The Expanse learned a lot from Game of Thrones, importing a lot of the more interesting and radical ideas from that game-changing series. However, The Expanse also seems to have learned from the challenges facing Game of Thrones and adjusted accordingly. The Expanse is a much neater and a much less sprawling series. Martin famously described his writing style as that of a “gardener” rather than an architect. Franck and Abraham seem much happier to use a hedge trimmer.

This all suggests a series aiming for a more comfortable endgame than that of Game of Thrones. Of course, The Expanse is reportedly ending after adapting only six of the planned nine books. While Franck has described this as “a very natural pause point,” it seems likely that the ending of The Expanse might prove just as frustrating to book fans as that of Game of Thrones.

There is some irony in the fact that Game of Thrones struggled with an ending that the course material may never reach, while The Expanse might wrap up before it can realize the ending depicted in the books.