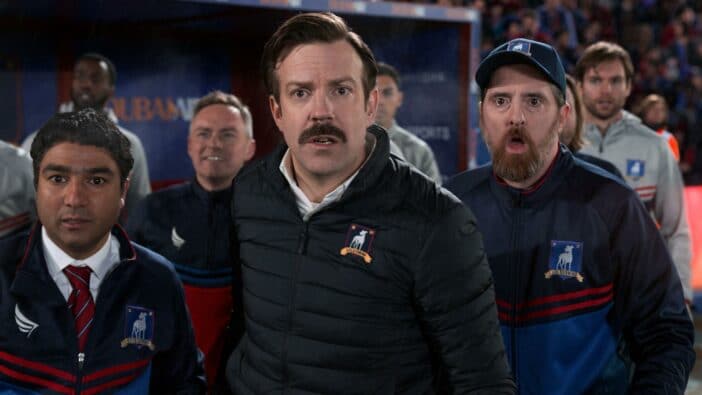 Ted Lasso wrapped up its second season just over a week ago, and it has been interesting to watch the internet’s reaction to the series.

Ted Lasso is an underdog story, in that it is a show about the eponymous American football coach (Jason Sudeikis) who finds himself hired to coach an underperforming soccer team. The result is a fish-out-of-water comedy in which Ted’s niceness gradually wins over the jaded and cynical people around him. It’s arguably a twist on the classic Mary Poppins formula, in which a magical outsider arrives to help redeem a group in crisis.

Ted Lasso itself was also an underdog story. It was a sitcom based on a series of advertisements for NBC Sports. It premiered on Apple TV+, a streaming service that has failed to make the same impact as competitors like Disney+ and Netflix. The early reviews were positive, but not ecstatic. In The New York Times’ original review, Mike Hale conceded that it was “not the worst television series based on commercials.” In The Guardian, Benjamin Lee admitted it “isn’t unwatchably bad.”

Then something interesting happened. As the first season concluded, the show’s reputation began to grow. In the lead-up to the season finale, Variety ran a piece arguing for a “reconsideration” of the show. Sites like Buzzfeed ran glowing reviews of the whole first season. Months after it had wrapped, the season was subject to positive reappraisal and serious discussion in end-of-year pieces from sites like Vanity Fair, The Atlantic, Salon, and The Ringer.

The first season of Ted Lasso became a genuine word-of-mouth phenomenon. Tracking data suggested that the show “peaked in demand around 50 days after it debuted,” which would basically be the end of the season. At the Emmys last month, Ted Lasso scooped up 20 nominations, becoming the most nominated freshman comedy season in the history of the awards. This prompted a new wave of adoring press coverage and profiles, further cementing the show’s reputation. 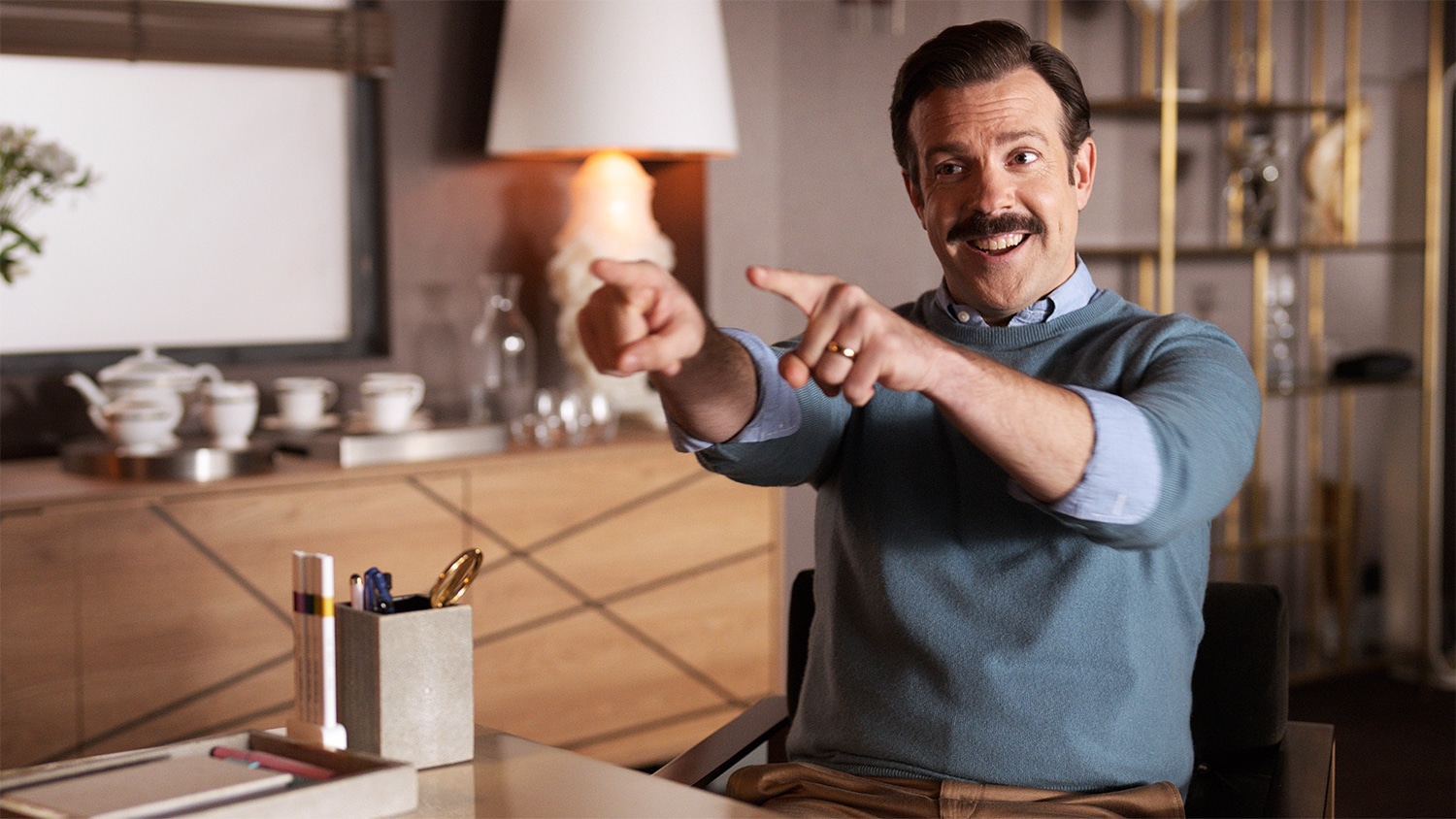 In some ways, the first season of Ted Lasso was a prime illustration of the function of critics in an over-saturated media landscape. In a sea of content, it is always helpful to have critics to draw attention to movies and television shows that might otherwise get overlooked, whether because they didn’t premiere with a huge publicity push, because they were only available on a relatively niche streaming service, or because initial reactions weren’t revelatory.

As such, the reaction to the second season of Ted Lasso was noteworthy when it premiered in August. As with any popular piece of art, there were rumblings of a backlash, often framed in response to the show’s perceived “niceness.” The Washington Post found the show’s relentless positivity “annoying.” The New Yorker warned its readers that “Ted Lasso can’t save us.” New Republic noted that, at times, the series’s handling of mental health could feel as trivial as “Instagram posts about self-care.”

These reactions weren’t the majority, but they drew attention. The Daily Beast asked, “Why does everybody hate Ted Lasso all of a sudden?” The Ringer described the second season as a “lightning rod.” The debate flared up around particular episodes in the weekly release cycle. Paste Magazine singled out the fourth episode, a Christmas special, as “unspeakably bad.” The New York Times compared a character-centric episode focused on Coach Beard (Brendan Hunt) to “getting run over.”

Why has Ted Lasso been subject to this intense critical whiplash? Some of this response is simply a reaction to changes in the show; the second season is “more contemplative” than the first was, more “messy and complicated” in its handling of character and theme. Some of this response is the inevitable reaction to any art or artist that becomes both critically successful and commercially popular. It is okay to enjoy things; it is also okay to not enjoy things. People like what they like. 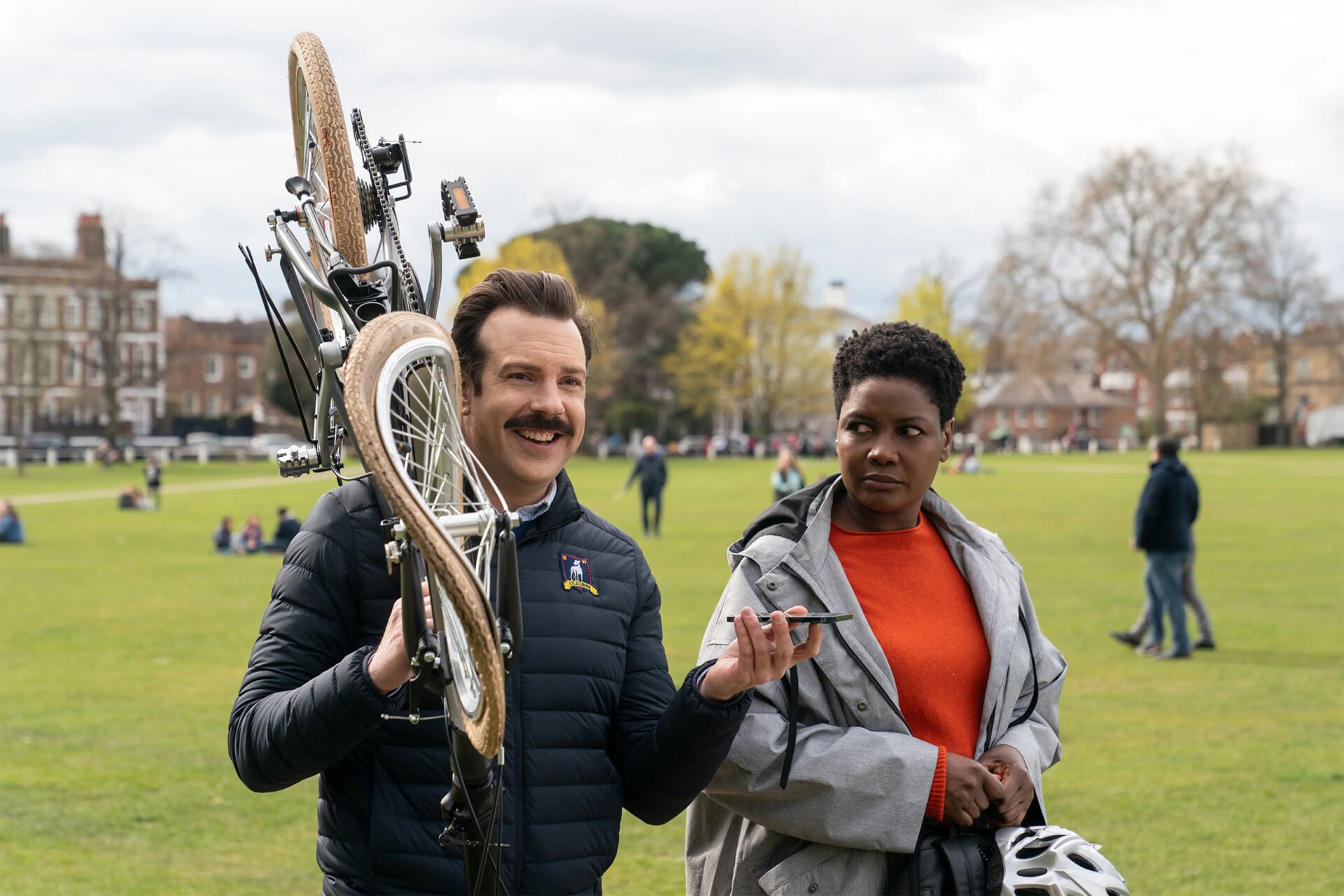 Still, there is an interesting undercurrent to the divided critical response to the second season of Ted Lasso, particularly in contrast to the more unanimous praise and success of the first season. It illustrates one of the limitations in how the internet talks about media that is still in progress. So much of modern media coverage emphasizes the “binge” model, consuming entire seasons in aggregate.

As New York Times television critic James Poniewozik argued in December 2015, consuming an entire season of television in a handful of sittings is a fundamentally different experience than digesting it in half-hour increments over weeks and months. Many critics have pointed out that it is hard to delineate between an eight-hour season that drops all at once on a streaming service and a really long movie. (The inverse is also true, with long movies now often compared to miniseries.)

Interestingly, despite Netflix and Amazon continuing to pursue the “binge” model of releasing, streaming platforms like Disney+ and Apple TV+ have returned to a more traditional weekly rollout. Talking about a television season that is still in progress is fundamentally different than talking about one that has already finished, and at least some of the intense debate over the second season of Ted Lasso seems to be rooted in that difference.

It’s notable that a lot of the debate over the show was “supercharged” by two relatively standalone episodes, the Christmas special and Coach Beard showcase. Those were episodes that could be described as “pointless filler,” particularly if an audience member treats a television show as a race to the finale. Notably, those were the two episodes added to the season when Apple extended the season order from 10 to 12 episodes. 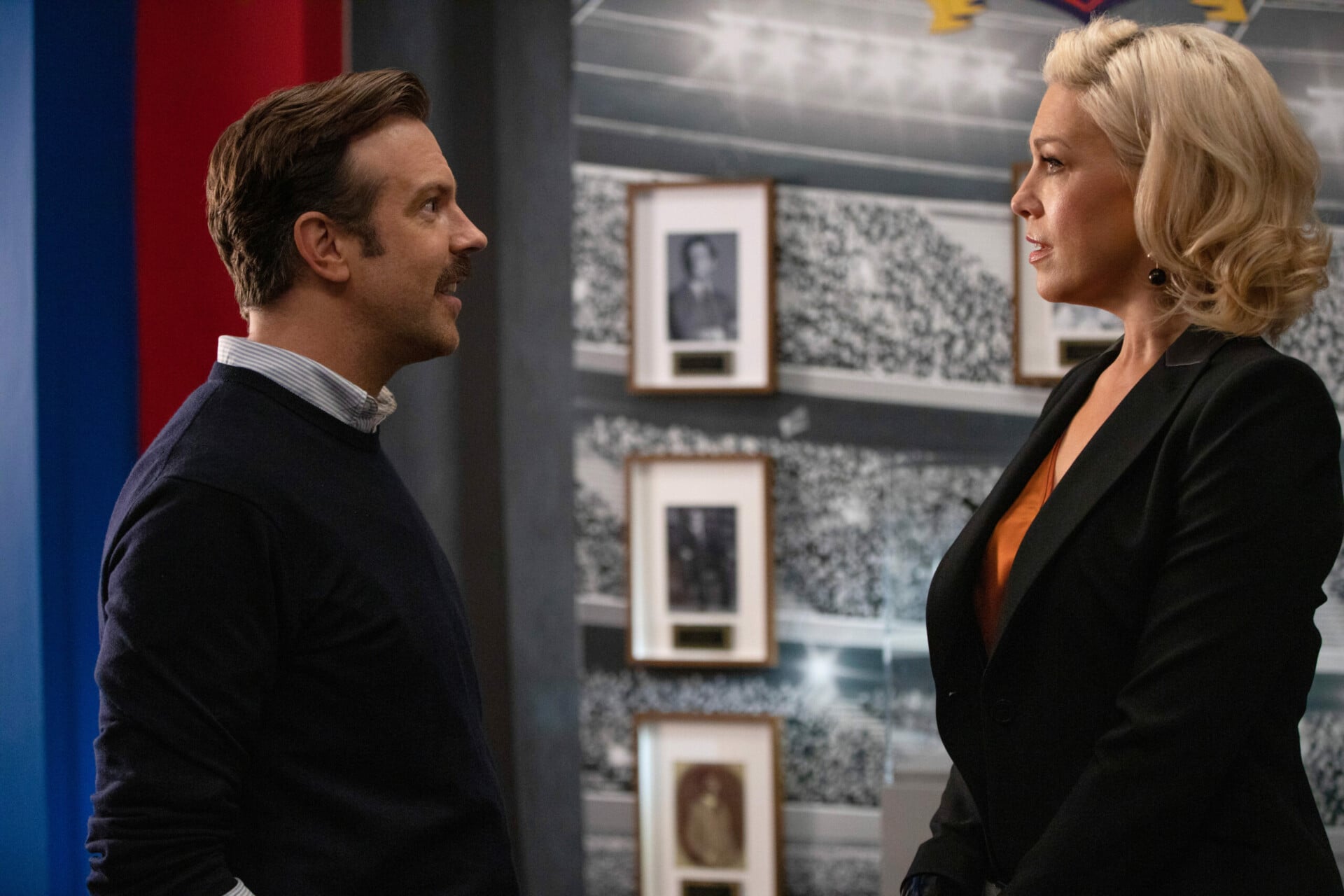 It’s easy to see why those episodes would frustrate fans who see Ted Lasso as a plot delivery mechanism. The fact that these episodes stood relatively alone in terms of narrative continuity meant that eager fans were forced to wait two whole weeks to get narrative pay-off from the episodes leading into them. In a media landscape where audiences are used to having entire seasons at their fingertips, that delay could seem particularly annoying.

Of course, this is just how television has historically operated. Standalone episodes are not inherently bad. It is perhaps more useful to look on these installments as “breather” episodes rather than “filler,” allowing the show room to flesh out characters and themes that would not necessarily have space in a tighter and more plot-driven narrative. One of the advantages that a television show like Ted Lasso has over film is that it can give a 40-minute spotlight to its sixth credited lead.

This is also apparent if the viewer takes a step back and looks at the season as a whole. Many of the cast and crew found themselves reacting to criticism in real time. Co-creator Bill Lawrence responded to one viral thread by pointing out that the season still had “7 weeks left” to finish its story at that point. Actor Nick Mohammed had to react to heated discourse around his own character Nate Shelley with a “promise to respond once we get to the very end.” 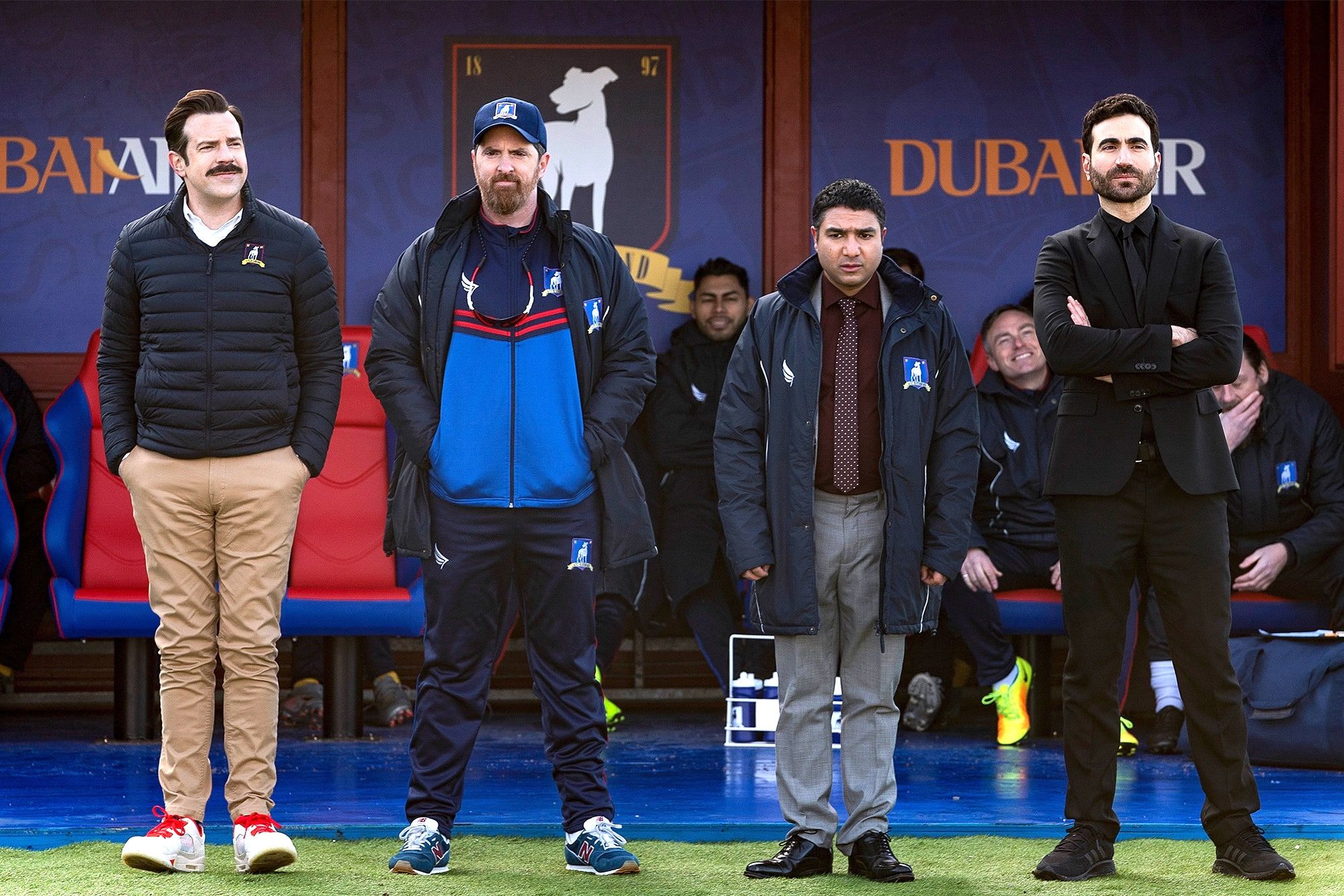 Indeed, many of the early criticisms of the show’s “niceness” were handily explored and acknowledged by the series over the course of the season. Ted’s folksy charm was revealed to be an emotional defense mechanism that he used to deal with his father’s suicide. Nate grew increasingly hostile towards and alienated by Ted’s niceness, setting him in conflict with his former mentor. At times, the show seemed to agree with The New Yorker that Ted Lasso won’t save us; can he even save himself?

The production team was aware of the challenge facing the sophomore season. “The toughest thing about this show, is it is always a week to week release but we got lucky that so many people found the show when it was all done last year and were like, my gosh, I watched the whole season in three days and it’s awesome,” Lawrence conceded in an interview after the finale. “Watching people process on a week-to-week basis this year has been incredibly interesting.”

Of course, this is nothing new. In her retrospective reviews of The Sopranos at The A.V. Club, Emily VanDerWerff would repeatedly note that the pacing of later seasons frequently solicited criticism from viewers who had caught up by binge-watching the series on DVD, which made the show “feel faster-paced than it actually is,” and so were frustrated to be watching it in real time. As different as the two shows are from one another, one can feel the same effect at play in the Ted Lasso discourse.

If soccer is a game of two halves, then perhaps the second season of Ted Lasso is best approached as a show of 12 episodes.