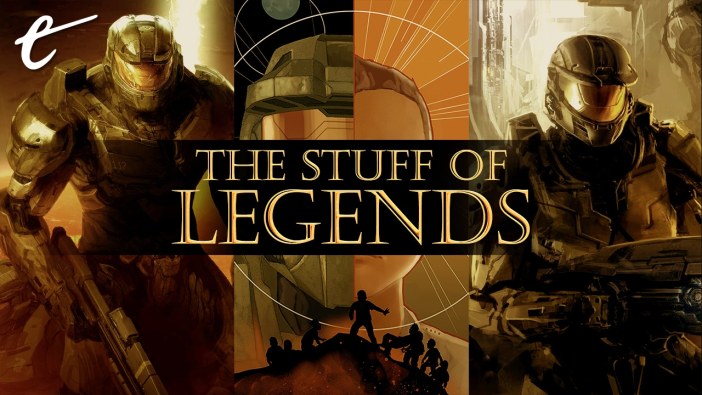 Last column detailed the origins of Master Chief John-117 and Blue Team. Where we left off, the UNSC’s most vital colony, Reach, had fallen to the Covenant, a bunch of the Chief’s fellow SPARTAN-IIs were dead or dying, his best friend Linda was bleeding out before being dumped into cryosleep, and there’s the titular Alpha Halo ring right around the corner.

Thus, the events of Halo: Combat Evolved unfold. Linda is left in cryo, lifesigns seemingly flatlined, while Master Chief wakes up to find UNSC ship the Pillar of Autumn under attack while they chance upon the titular Halo ring, an artificial planetary construct they crashland on. Except, contrary to everyone else’s belief, their slipspace jump to Halo wasn’t an accident, but Cortana’s intentional decision based on some relics recovered by John and his comrades in Blue Team during one of their missions before the fall of Reach.

One thing leads to another, and the UNSC and Covenant mutually unleash a terrifying biomutant plague known as the Flood, which can infect any living organism. Long story short, Chief and Cortana destroy the Halo installation to stop the Flood and a rogue AI, and they believe they are the lone survivors of the incident. However, one of the best Halo novels, Halo: First Strike by Eric Nylund, picks up immediately afterward and reveals that’s not true.

As Halo: First Strike begins, Master Chief and Cortana discover more survivors led by Sgt. Avery Johnson. Linda is also alive, her cryotube floating amid the debris of the Halo ring, but she’s going to need serious medical treatment to pull through. First though, they have to capture the Covenant flagship Ascendant Justice. They then learn the Prophets are fast approaching aboard the Covenant’s literal capital capitalship, High Charity. Though they’re able to escape in time, the Cole Protocol dictates that they can’t lead the Covenant to Earth, and being aboard an enemy vessel counts. Meanwhile back on Reach, Dr. Halsey, surviving SPARTAN-IIs including Kelly and Fred, and Vice Admiral Whitcomb are among the lone survivors of the cataclysmic glassing of Reach. The entire planet was burned to a sickly glimmering sheen by the plasma cannons of the Covenant fleet. The Covenant intend to wipe out anyone who remains, so Halsey and her Spartans retreat to CASTLE Base and leave a signal for Chief to find them, transmitting the tune “Oly Oly Oxen Free” on a UNSC band, referencing when he used it as a whistle to signal all-clear during training.

After nearly being foiled by an abhorrent Covenant AI, Chief manages to not only locate multiple surviving Spartans, but learns that Vice Admiral Whitcomb was working on a new warhead called NOVA, capable of destroying an entire planetoid. The NOVAs on Reach couldn’t be activated in time and were currently in contested territory after the Marine escort moving them were wiped out. Together with his kin, John leads a rescue effort through CASTLE Base’s adjacent caverns to find Halsey, Kelly, Fred, and fellow Spartan Will.

The collective survivors manage to slip through the Covenant’s grasp again, with all the battle-hardened veterans of Reach and Installation 04 finally catching a breath. Cortana is even able to command the Covenant’s Engineers, the gaseous Huragok, to help combine Ascendant Justice with the UNSC Gettysburg into an enhanced, if ugly abomination of a ship.

However, Cortana soon learns the Covenant have already found Earth. As they arrive at the rendezvous point for the Sol System invasion fleet, they land in the middle of a fleet where they’re devastatingly outnumbered. As if this weren’t bad enough, the surviving Covenant forces that had been hiding aboard Ascendant Justice attack from within. This is complicated by a Forerunner crystal Halsey had smuggled aboard from Reach that caused a massive slipspace disruption, warping physics and pulling the Covenant fleet with them when they attempted to escape. 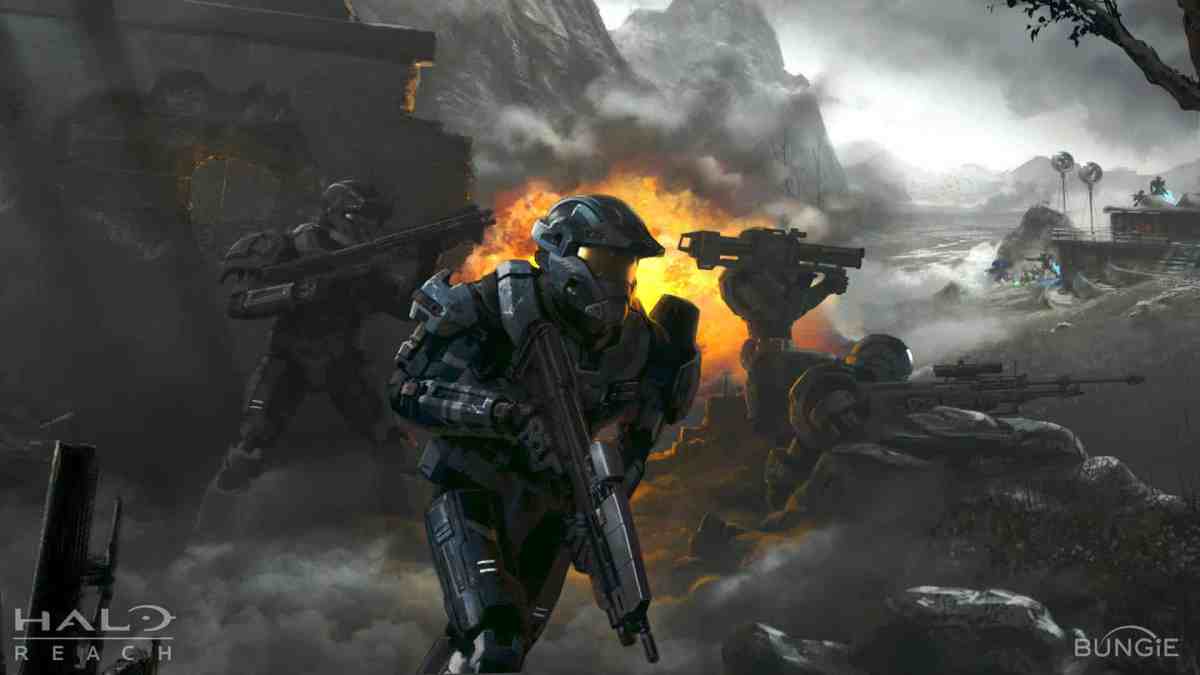 During the botched interception, several UNSC crew members and Spartans are killed, along with Kelly receiving considerable injury. Cortana uses a rapid slipspace maneuver to wipe out the remaining Covenant and evade the Covenant forces, only to find themselves displaced out among some of the oldest destroyed UNSC colonies. On the upside, Halsey reports that Linda will live, able to successfully stabilize her with their makeshift resources.

Halsey also deems the Forerunner crystal too dangerously powerful for any person to exploit, going so far as to erase Cortana’s knowledge of it after she analyzes it for her. Halsey then entrusts it to another crew member, who destroys the crystal and inadvertently blows himself up in the process to ensure it does not get in enemy hands. Only a few fragments of lesser power remain.

Meanwhile, Halsey brings up the matter of Sergeant Johnson’s presumed immunity to the Flood with Chief. When faced with the prospect of another friend dying for the sake of research, no less to research for an enemy presumed dead, John chooses to spare Avery a future as a lab experiment, unwittingly assisting Halsey in continuing to cover up the original Orion program.

Covenant patrols are ultimately able to track them via the crystal’s signature and attack. Halsey slips away with a sedated Kelly aboard an old Insurrectionist vessel. Taking the war as lost and learning that her rival Colonel Ackerson may have started his own Spartan program, Halsey sets off to try to save her “children” scattered across the stars, save for the handful that stay with Chief, Whitcomb, and Johnson. 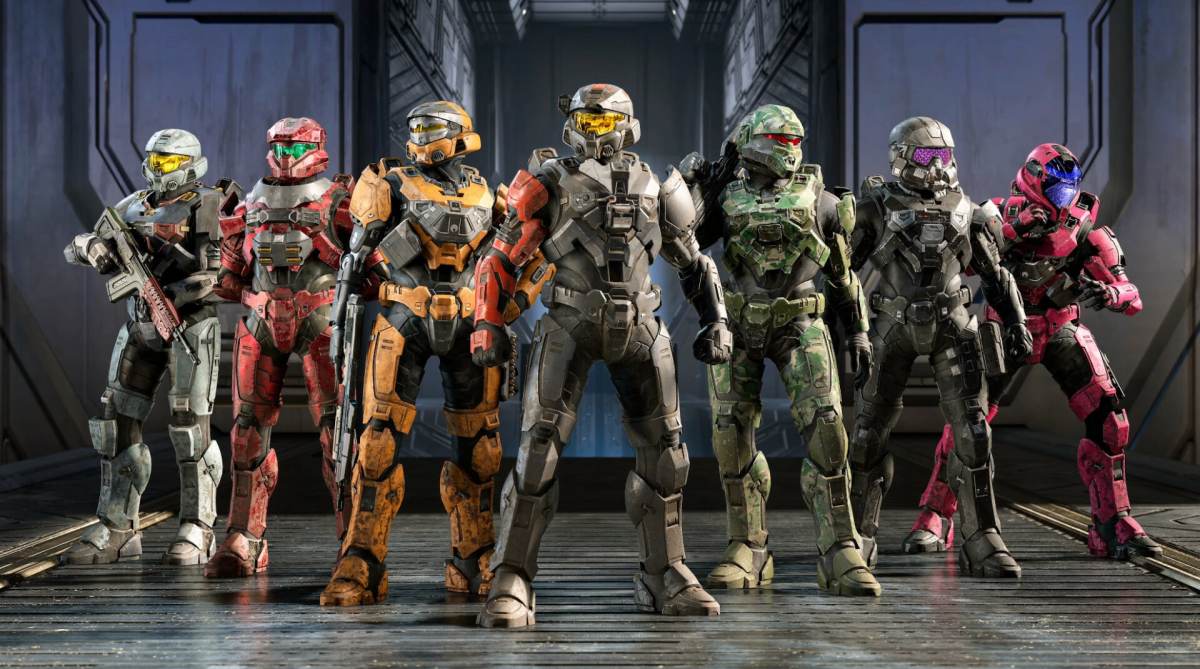 Together with Fred, Linda, and fellow Spartans Grace and Will, the remaining crew devise a plan to strike at the Covenant battle station where the Sol invasion fleet is mounting, Unyielding Hierophant. Little did the UNSC heroes realize that not only were they on course to disrupt the Covenant invasion, but delaying a betrayal long planned by the Covenant’s leader, the Prophet of Truth. Before the events of Halo 2, Truth had already acquired the knowledge of Earth’s location and devised a scheme to send a fleet led entirely by the Jiralhanae “Brutes” to claim the planet and then eradicate the Sangheli “Elites.”

Since the near five hundred-ship armada is busy refueling and organizing for the invasion around the station, the Spartans take the opportunity to assault the station’s reactor, and Grace is their lone casualty when coming into contact with the Brutes. Simultaneously, Whitcomb and co. set to work separating the Gettsysburg and Ascendant Justice, transferring the slipspace drive to the Gettysburg for the Spartans to use as they flee the doomed station.

At the same time, Whitcomb and the remaining crew fool the Covenant armada into thinking they still have the Forerunner crystal intact, luring their enemy away from the Gettysburg. In the ensuing explosion, all but the handful of ships the Prophet of Regret leads to Earth are utterly destroyed. The Gettysburg is able to escape, with Johnson and the last four active SPARTAN-IIs managing to lose their pursuers and return to Earth in time to warn them of the oncoming invasion. Meanwhile, on the far-off world of Onyx, Halsey sets to work on her new mission.

Contrary to popular belief, Master Chief isn’t the only active Spartan on sight during the Battle of Earth. Linda, Fred, and Will all undergo missions ranging from Antarctica to the Yucatan Peninsula. However, when receiving an urgent message from Halsey, Fleet Admiral Hood orders the trio of Spartans to Onyx, sending them hurtling away from Earth, with John left behind as the last Spartan when Regret’s fleet arrives. The trio’s ensuing journey with Halsey and Kelly would span a whole separate novel covering the first Onyx Conflict, which sees Blue Team fighting alongside the newly christened SPARTAN-IIIs, a cheaper, faster-produced alternative to the SPARTAN-IIs. Set simultaneous with the events of Halo 3, it sees Blue Team’s supporting cast in the lead while John’s off busy ending the Human-Covenant War. What’s fascinating about Halo: First Strike is how elegantly it establishes not only a number of key lore details for the grander story of Halo 2, but for the setting on a whole. Where The Fall of Reach is an origin story with bite, First Strike is simultaneously Halo’s Avengers and The Empire Strikes Back. Countless subplots and threads unfurled from this novel, and the subsequent works fed into inspiring later creative decisions as far down the line as Halo 4. What’s more, in the original release, First Strike goes as far as to establish how Cortana’s appearance shifts because of absorbing Covenant code into her database — intense dedication to providing a coherent explanation for changes made in the sequel. It’s also a fantastic introduction for the Brutes, making them a bit more intimidating than they are in most of the games.

Halo: First Strike also provides more defining characteristics for the expanded cast. After decades of fighting, we see Halsey grappling with the complexities of her dubious moral choices and the UNSC’s internal infighting weighing on the already ailing war effort. Linda manages to literally single-handedly take down four Covenant Banshee aircraft with a sniper rifle in one hand while hanging from a cable with the other. By contrast, Spartan William notably loses his sense of humor due to incurred losses. However, First Strike serves as the beginning of Spartan Fred’s journey to becoming the official leader of Blue Team, eventually outranking his old friend John by the events of Halo 5.

If these stories have intrigued you, then I wholly endorse diving into the greater Halo canon. Along with Eric Nylund, brilliant authors like Troy Denning, B.K. Evenson,  and Karen Traviss have since helped flesh out the world and are telling their own equivalent tales to First Strike right now as we await the arrival of Halo Infinite. I wonder what hints of the future we’ll learn in the stories to come.