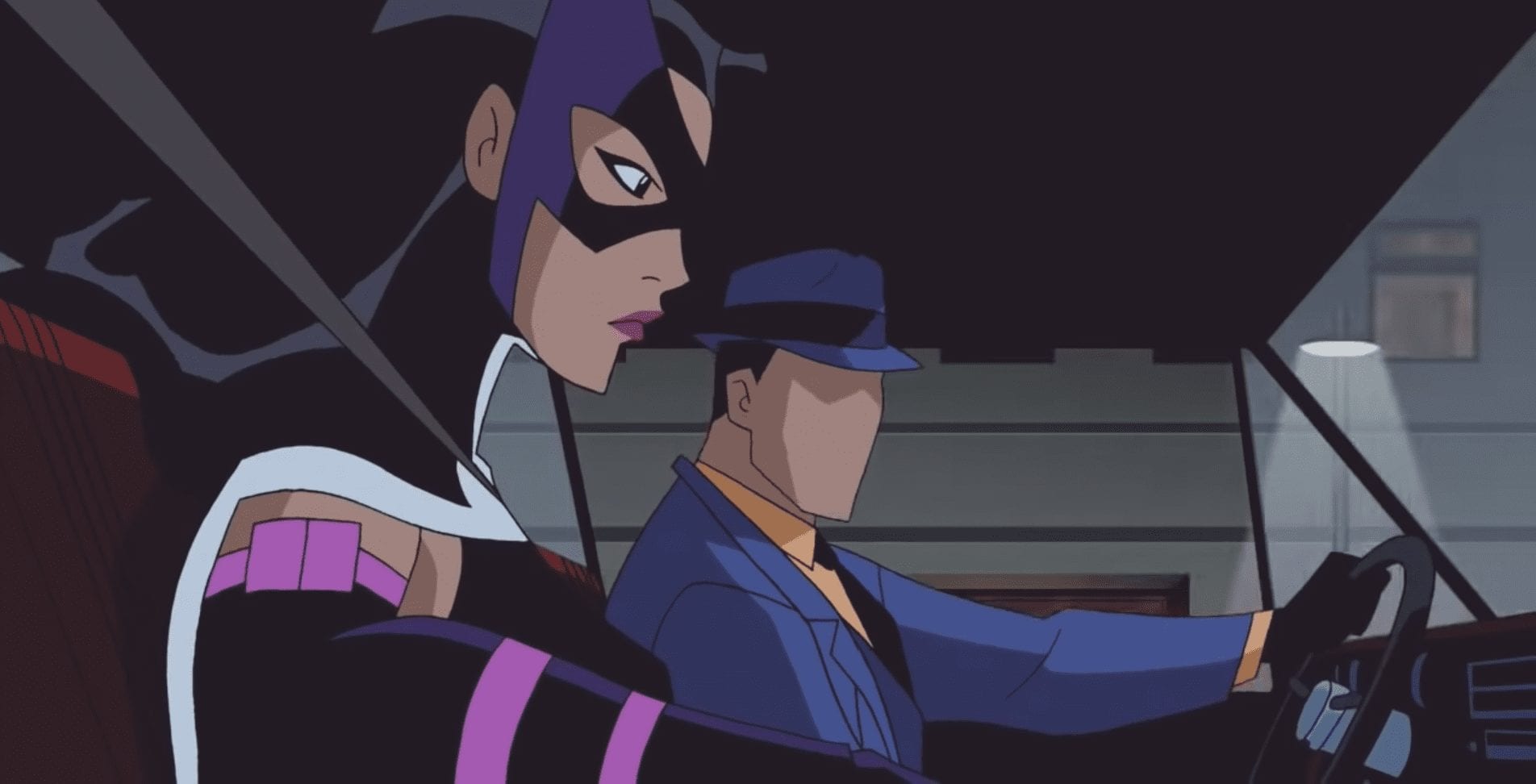 Since his creation in the ‘60s, the obscure nature of the Question has always kept him on the fringes of popularity. Yet, 50 years after his inception, major film and comic book writers say they dream of taking a crack at him.  For a character who is defined by not having any facial features, the Question has had many faces. He’s morphed from moral absolutist to an urban zen shaman, and there remains so much potential for this character and story in this time of uncertainty.

Created in 1967 for Charlton Comics by Steve Ditko (yes, THAT Steve Ditko), the Question appeared as a backup feature in the Blue Beetle series. Deeply steeped in Ditko’s own beliefs in Objectivism, Vic Sage (visage!) is a hard hitting investigative journalist for Hub City’s major television news station. When his public crusade against political corruption doesn’t lead to justice, Sage dons the guise of the Question, the man without a face, who will punish evil with his fists. Not much can be said about this era of the character as only 30 or so pages were actually completed by the author. It wouldn’t be until the ‘80s when DC Comics bought the rights to the Charlton characters, that Vic would see his first reinvention.

Moore’s original pitch for Watchmen was based on the Charlton characters. That influence is most clear with Rorschach. Not only does the character takes his visual cues from the Question, he is also characterized to his most Randian extreme, taking his Objectivist mentality to a darker much more narrow view of right and wrong. Moore and Dave Gibbons’ comic book deconstruction remains a bestseller to this day, but the Question would go on to experience another reinvention. First, Vic needed to die. Sort of.

Denny O’Neil was no stranger to reinvigorating characters. He made Batman a dark knight and Green Arrow a hard traveling hero. Then he set his sights on the Question. Picking up threads left over from Ditko’s original run, O’Neil and artist Denys Cowan presented an unofficial ending to the ‘60s era version by shooting him in the head on the last page of the first issue. What follows is a more than 36-issue epic about finding the answers within. The run relies heavily on themes of philosophical altruism, Eastern mysticism, and the combination of body and mind through martial arts. And by the end, another reinvention had occurred: the Question had become a hero.

But much like his original incarnation, the Question would once again fall into obscurity. It was time for another reinvention. This time though, it would happen in our living rooms. Justice League Unlimited is the follow up to the wildly popular Justice League animated series from Cartoon Network. Its premise is to open up the ranks of the League and put a spotlight on the wealth of smaller characters outside of the Big Seven. It’s here that the Question receives his introduction to mainstream audiences. Voiced by Jeffrey Combs of Re-Animator fame, this version of Vic is the quintessential conspiracy theorist. Everything is connected, and he’s the one who will find answers that no one else is looking for. And he’s usually right, though sometimes he just sounds crazy. Like when he confesses under torture that “The plastic tips at the ends of shoelaces are called aglets, their true purpose is sinister!”

Viewers are treated to exciting team-ups with other characters playing off Vic and his enigmatic approach to, well, everything. His plots include putting Superman in his place, uncovering a military conspiracy with Green Arrow and Supergirl, and developing a budding relationship with fellow vigilante Huntress. Every episode he appears in plays up the best qualities the Question could offer to an audience who never knew him. Despite the nature of the show, which is big and bombastic, it’s in a “quieter” episode where the indelible character of the Question really shines through.

“Double Date,” written by Birds of Prey scribe Gail Simone, is very loosely based on the miniseries Batman/Huntress: Cry for Blood, in which The Question guest stars. The episode sees Huntress expelled from the Justice League after breaking into a mob boss’s home with what we’ll say is dubious intent. Chastised by Martian Manhunter, she recruits the Question to help in tracking down the mobster, who had cut a deal with the feds. To make matters worse for the duo, Green Arrow and Black Canary have been dispatched to guard his safe house. The heart of the episode comes from the Question admitting he knew not only that Huntress had deceived him to get help, but also her true murderous intentions. When Huntress is faced with the choice to let him go or kill him in front of his own child, she chooses to leave him to the authorities. The man with no face had shown her who she wanted to be.

After Justice League Unlimited ended, the Question was effectively in stasis. Until Vic died again. Following the events of Infinite Crisis, the trinity of Superman, Batman and Wonder Woman took a year off. DC Comics jumped their entire line of comics one year into the future, with a 52-week long series detailing what happened in that year in real time. It is in this story that we see the Question transition into a legacy.

Renee Montoya was created in 1992 for Batman: The Animated Series and was the first character transplanted to comics from the show, followed by Harley Quinn a few years later. Mainly a side character, she was developed more as an individual within the mega-arc Batman: No Man’s Land, which explores her experience as a first-generation American born to immigrants from the Dominican Republic. She also has a star-making role in the critically acclaimed Gotham Central centered on acknowledging that she is a lesbian. Leaving behind the prejudices of the Gotham City Police Department, she spirals downward, finding solace at the bottom of a shot glass. It is then that she meets Vic, who wants to recruit her as his protege. While defiant at first, she acquiesces, following Vic on a very familiar quest of self discovery. She learns that Vic is dying from cancer due his bad smoking habits and exposure to an older hazardous version of the gas adhesive that was used for his mask. He is impressed by Renee and her ability to see the real questions that need answering. With his dying breath, he asks “Who are you?”

With the mantle passed, Renee took to the role well with appearances in a slew of Gotham related titles, a backup feature in Detective Comics, and a recurring role in the Birds of Prey.

Despite showing up in the first season of Gotham, Renee hasn’t had much of a presence in the mainstream. That’s all about to change, as it was confirmed that Renee will be in the upcoming Birds of Prey feature film played by Rosie Perez, alongside Mary Elizabeth-Winstead as the Huntress. There is rumored to be a secret unexpected cameo in the movie too, so could we be seeing the theatrical debut of the Question? Maybe. Maybe not. But it is interesting to note that although mentioning Hub City several times on the CW Arrowverse shows, executive producer Greg Berlanti has stated that the Question is off limits because DC Films may have plans for the character.

So who is The Question really? We live in the era of social media, where everybody is represented by profile pictures and selfies. We live in a time of facial recognition and cameras in every hand. The Question is the perfect juxtapositional character for our generation for one reason: He has no face. He is the face of faceless people. A samurai without a master. A gunslinger with no name. Is he a crusader? Is she a vigilante? Is he a ronin? Is she a hero? That is the question.