Sometimes I say things straight from my heart that I need to go back and examine more closely from a more analytical perspective. Like a conservative politician blurting out how much he loves the cock. In my Deadpool review, I said that for all the wacky dialogue and silly stuff going in the cutscenes, it’s not married terribly well with the gameplay, which is utterly standard hack-and-slash in utterly standard environments. But I had to ask myself – what kind of gameplay WOULD suit a comedy action game?

My position is always that I like story and gameplay to be in a comfortable marriage, ‘cos if it ends up being all about the story then it might as well just be a film, and if it’s all gameplay then the story is a waste of time. So if the story aspect (or context, rather) is comedic in tone, then the gameplay should weave into that. For a number of reasons comedy and gameplay are destined to have a difficult marriage, with lots of shouting and thrown ornaments from the mantlepiece.

The problem arises with repetition. Repetition is death for comedy, and for most action games – especially these days – repetition is all they’ve got to pad out the run-time. So even if a game does offer silly takedown animations, or a suite of comedy one-liners for the characters to spout, or has someone wielding as a weapon a giant ball and chain composed of several interlocking elderly women in flowery dresses, that’s only funny the first couple of times. The moment it’s worked into organic gameplay and we’re watching the same silly takedown animations roll out (inevitably for way too sodding long) over and over again, then the comedy content is so much dead weight.

One thing that might help is to lighten one’s touch a bit. Try to create an organic environment for comedy situations, rather than endlessly repeating the same scripted gags. This is the approach demonstrated in games like Serious Sam. The cannonball weapon never does anything besides fire a massive fuck-off black ball that annihilates anything in the way, but each time you use it will be on a new cluster of enemies who all explode and hurtle away in a new pattern each time, and that’s sort of all you need.

But that goes back to what I said in the Deadpool review – over-the-top ironic violence might be funny, but it’s not witty. It’s low-brow. And I don’t want funny games to limit themselves to it when the medium could well serve the entire comedy spectrum. Portal was witty. And I had to ask myself, writing this column: does Portal‘s gameplay reflect its comedic nature? On reflection, yes, it does. Because the essence of the comedy is in the characters being various kinds of insane, and stepping into one wall only to materialize on the other side of a completely different wall is also pretty insane. All comedy is subversive, and this is subverting the laws of physics. Also, the clean, stark environments complement nicely the deadpan delivery of the jokes. So Portal‘s still fine. Phew.

Maybe that’s the answer: Short games can be witty. Or, more accurately, a game remains witty as long as its exactly as long as it can be without repeating any of the funny bits. So, there’s your answer, comedy action game makers: just create enough one-liners and silly animations to attach to every copy-pasted combat encounter in the entire game with no repeats. Hop to it. 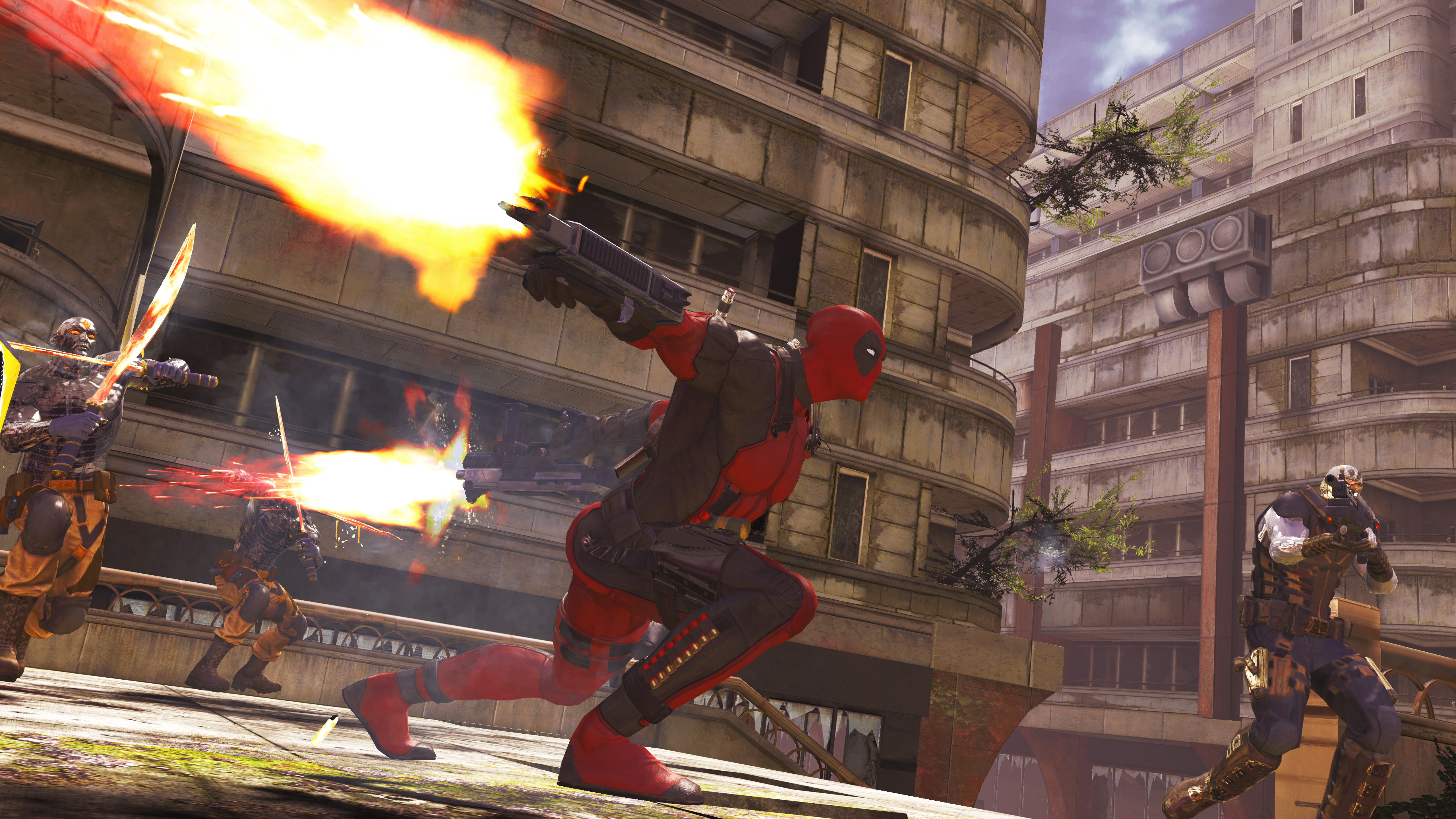 See, this sort of thing is a lot easier in your classic point-and-click adventure games, because such things are basically totally inorganic. Every puzzle in something like Day of the Tentacle is a unique combination of items; one moment might be combine hamster with microwave, another might be combining spaghetti with Egyptian mummy, and none of them are done more than once. As long as every interaction is different, you can have a new gag every time. But it’s at the expense of good gameplay, and action games have only one kind of interaction: combine bullet/knife/fist with bad man. Perhaps making unstructured gameplay comedic is always doomed to fail because a gag by nature has to be structured. But is that giving up too easily?

I find myself thinking of God Hand again, a silly brawling game. That’s an interesting case study for this ramble, because what it does is have roughly ten million different over-the-top punching attacks, and limitless possible combinations of such, so that hypothetically there will always be variety. I say ‘hypothetically’ because what would generally end up happening is that the player will find the combination that works best to get through the fights and just use that over and over again. Why you got to spoil everything, player?

Maybe I’m exaggerating when I say repetition always kills comedy. ‘Cos I’ve just remembered there’s a move in God Hand called the Yes Man Kablam, in which the protagonist hits the enemy very slowly and gently before raising his arms for applause, doing little damage but raising the special meter. And for some reason that never stopped being funny for me.

And I think I know why: the Yes Man Kablam was kinda difficult to do, it wasn’t some pre-baked uninterruptible animation that plays every single time you’re finishing someone off. It was a very slow move, so you could only do it on an enemy when you were sure neither they nor any of their pals would interrupt it by punching your face out through the back of your head. And then I think of another game that made me laugh, Far Cry 3: Blood Dragon, in which I was happy to go out of my way to find all the collectibles because I knew they all had funny dialogues attached. So now I’m starting to wonder if there isn’t a link between the appeal of a gag and the extent of the challenge required to see it. Perhaps video gameplay, far from being anathema to comedy, simply represents a whole new way of doing it.

Clearly this is a topic that merits a deeper exploration than I can manage on these two little pages. I leave it open for discussion. Here’s some homework to get you started, comments section: what other comedy games, besides Portal, possess raw gameplay and challenge mechanics that could be interpreted as reflecting the context and tone of the humour?