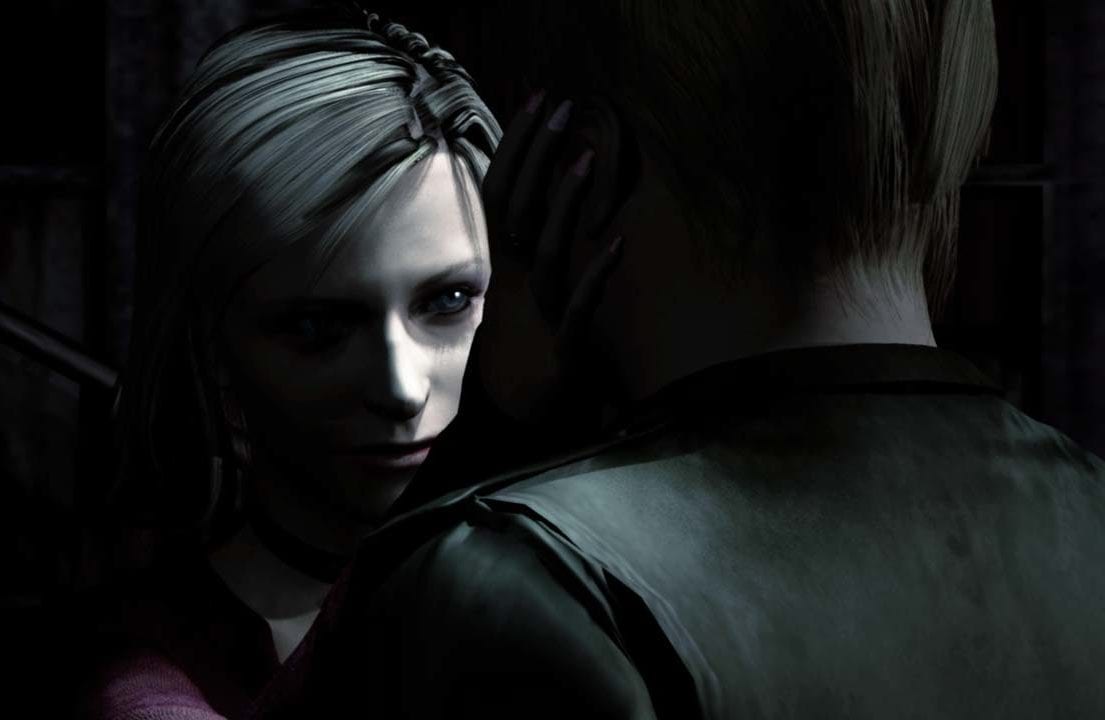 Silent Hill 2 came out 17 years ago. I’m really picky when it comes to scary games, but for me Silent Hill 2 hits this sweet spot of existential horror and personal mystery that few other games have attempted. It still makes lists of all-time best horror titles, which is pretty impressive considering it’s been out of print for ages. In 2012, Konami released a buggy and barely functional remastered version for the PlayStation 3 and Xbox 360. You might be able to get your hands on that version if you still have a last-gen console. Otherwise you’re stuck hunting down used copies of the original versions for PlayStation 2 or PC. Those are the better versions of the game, but they’re also very rare and sell for collector’s prices.

I know heaping praise on this game is nothing new, but over the years it’s become clear that publisher Konami never understood what made Silent Hill 2 good. Konami released 10 more Silent Hill games after Silent Hill 2, and none of them have received the critical praise and loyal fanbase that the second game enjoyed. (Although I think Silent Hill 3 and Silent Hill 4 were both worthy entries with some interesting ideas.) In 2007, Konami began passing the franchise around to various developers in California, England, and the Czech Republic. This was a baffling decision since Silent Hill is built around a quintessentially Japanese style of horror. Imagine if Hollywood decided to give the Rambo sequels to a French film studio. Why would anyone expect this to work?

I’m not saying that Silent Hill 2 is a flawless game or that there haven’t been any good horror games since then. It’s just that we have this incredibly beloved title and in the last 17 years nothing else has nailed this particular tone and style of horror. In an age dominated by reboots, spinoffs, remakes, and imitations, it’s strange to go so long without someone attempting to replicate this classic.

In case you never got the chance to play it: Silent Hill 2 is a bit of a black sheep, even when compared to the other entries in the franchise. Most of the titles are focused on the history of the titular rural town where the games are set. There’s a bunch of stuff about an evil god, a crazy cult, and an angry little girl with the ability to alter reality. The first game is all over the place in terms of tone and feels more like a fever dream than a proper story. The town’s backstory is too convoluted to sum up, and I never found it particularly compelling, but for the second game they shoved all of that stuff off to one side and told a personal story about a single character.

In Silent Hill 2, we follow James Sunderland, a man who came to Silent Hill looking for answers. At the start of the game, he thinks he’s here to solve a mystery, but as the story unfolds it becomes clear that — whether he understands it or not — he’s actually here on a pilgrimage of sorts. He’s not fighting against the cult, or an evil god. He’s not here to prevent the end of the world by getting tangled up in the strange history of the town. He’s here to face some very personal demons. He meets two other pilgrims along the way, and it’s clear that each of them sees the town differently. They each see “monsters” that tap into their own sense of guilt and fear. I’m not going to spoil the whole plot here, but if you want all the details I did a full overview of the plot and themes back in 2006. I also covered Silent Hill: Origins, where the series stumbled into accidental comedy because Western developers couldn’t figure out how to do Japanese-style horror. Origins featured a dunce-faced trucker that randomly visited the various horrors of the town like a dumb tourist on holiday and stumbled into the activities of the town’s cult for no good reason.

So what makes this game so special? Why are people still talking about this game 17 years later when the newer entries have been forgotten?

I think one of the major reasons this game is so well-remembered is that, for a lot of us, it was our first introduction to Japanese horror. Sure, Resident Evil is a Japanese game and it came to the West years before Silent Hill 2, but Resident Evil is Japanese creators imitating the Western grindhouse aesthetic. Western horror is focused on gore, body horror, jump scares, and physical brutality, while Japanese horror is more about confusion, anticipation, and dread. I think the Cthulhu mythos is the closest analog we have to it in the West. For the people who played Silent Hill 2 back in 2001, it represented a totally new approach to scaring the player.

A Western horror story will try to freak you out by depicting an explicit and graphic attack, while a Japanese one will threaten you with an attack but leave the details to your imagination. You don’t know what the malevolent force is going to do, you just know it’ll be bad. If you were desensitized to body horror by watching the likes of Freddy Krueger, Jason Voorhees, and Michael Myers carve up dumb teenagers in the 1980s, then the slow-burn dread and uncertainty of a Japanese-styled story might have given you a shot of fear that hadn’t been possible in years.

Another thing Silent Hill 2 has going for it is the lack of jump scares. I know jump scares are contentious, and for a lot of people the excessive use of them is a deal breaker. I play my scary games at night with the lights off while wearing headphones. That’s great for creating a sense of immersion, but it also means that those sudden loud sounds feel like a punch in the ear. I like scary games, but I’m not willing to damage my hearing for a cheap scare.

Silent Hill 2 is the opposite of a jump scare game. Instead of having a monster pop out suddenly to startle you with a loud sound, the game telegraphs the appearance of monsters ahead of time. The protagonist carries a radio that emits static when a monster is near, so you know when you’re about to face one. Instead of startling you with a sudden sound, the game gives you several seconds to anticipate what’s about to happen. It allows you to worry about it before it throws you into combat. Again, this is a very different kind of fear.

Over the years, AAA horror games have reached for more mainstream appeal by making the combat “feel good.” That’s a reasonable thing to do if you’re trying to make money on a big-budget title, but when you make combat more empowering, you kill the very thing the fight is supposed to accomplish in a scary game. Instead of being afraid that a monster will show up, the player starts to look forward to it because it’s fun to fight.

The Dead Space games are a great example of how a developer can cross the line from fear to empowerment. The developers make the combat interesting and put a lot of focus on it, while spending less time on the dramatic details and sense of mystery needed to make the player curious. The result is that players get bored and restless during the non-combat bits, which encourages developers to put more fights in the game. The game ends up feeling very predictable. Again, that’s not necessarily wrong. I enjoyed the hell out of Dead Space 2, but it never really scared me.

We can contrast a couple of moments in Dead Space 2 and Silent Hill 2 for a great example of the difference between Western and Japanese-style scares. In Dead Space 2, you have to stick main character Isaac into a medical machine and use the controls to stab him in the eye with a huge science needle. (It’s a long story.) That’s classic body horror, and for a lot of people it was the most intense moment in the game.

In Silent Hill 2, there’s a deep hole in the wall, just wide enough to fit your arm. It’s dark inside and you don’t know what’s in there. You have to willingly stick your arm down the hole to get an item.

In one game you’ve got an explicit physical threat: a needle in the eye. You know exactly what’s going to happen, and the fear comes from the gross-out nature of it. In the other, you don’t have any idea what might happen. The fear comes from the uncertainty. What’s in the hole? A toothy mouth? Writhing insects? A guillotine type device? Another hand to grab yours? Nothing? Your mind will probably focus on whatever ideas are most unsettling to you.

Personally, I found the hole scenario more unnerving, even though it was far less explicitly threatening. Different people will have different reactions to both scenarios, and I’m not saying one is right and the other is wrong. I’m just saying that if you’re into the fear of the unknown, then there haven’t been a lot of games designed to scratch that particular itch.

The other thing that makes Silent Hill 2 special is that it features a visual style that has since fallen out of favor. Horror games use darkness and fog to obscure the world around you, because having limited visibility makes the world more uncertain. It makes it easier for threats to sneak up on you, and it makes it easier for your eyes to play tricks on you. If you’re afraid and looking nervously into the distance for signs of movement, then that billowing fog will give your eyes lots of subtle movement to fixate on. You can spot an ominous dark shadow in the distance and then have it resolve into a utility pole or a mailbox as you approach. We’ve had lots of dark spooky games over the years, but none of them have managed to capture the unsettling fog we saw in the early Silent Hill games.

The problem is that the tricks developers use to limit visibility for the sake of fear are also the tricks they used to make games run faster. Back in the day, we needed to have darkness, fog, and short draw distances just to get the game to run smoothly. Those techniques then became associated with old games and bad graphics. Today developers want to show off their slick engines and publishers want to sell the latest gaming hardware, so everyone has an incentive to push for high detail and large draw distances. That gives us technological miracles like Grand Theft Auto V, but it also denies the developers the ability to create the paranoia and smothering claustrophobia of being enveloped in a cloud of writhing fog.

So that’s the magic of Silent Hill 2. It’s a style of horror that’s hard to do, that doesn’t get a lot of love, using a gameplay style that’s fallen out of favor because it relies on visual tricks that AAA developers don’t want to use these days.

The horror genre has mostly retreated to the indie space. There might be a lot of brilliant titles out there, and maybe some plucky indie developer has recaptured the magic of Silent Hill 2, but the genre is now cluttered with dross and sorting through it can be pretty time consuming. For every brilliant game like Amnesia: The Dark Descent there are a dozen janky, goofy, poorly-executed games with cringe-worthy dialogue and terrible pacing.

I don’t have any hope that Konami will get their act together and make another proper Silent Hill game, but maybe somewhere out there is an indie team that can make this particular lightning strike twice.