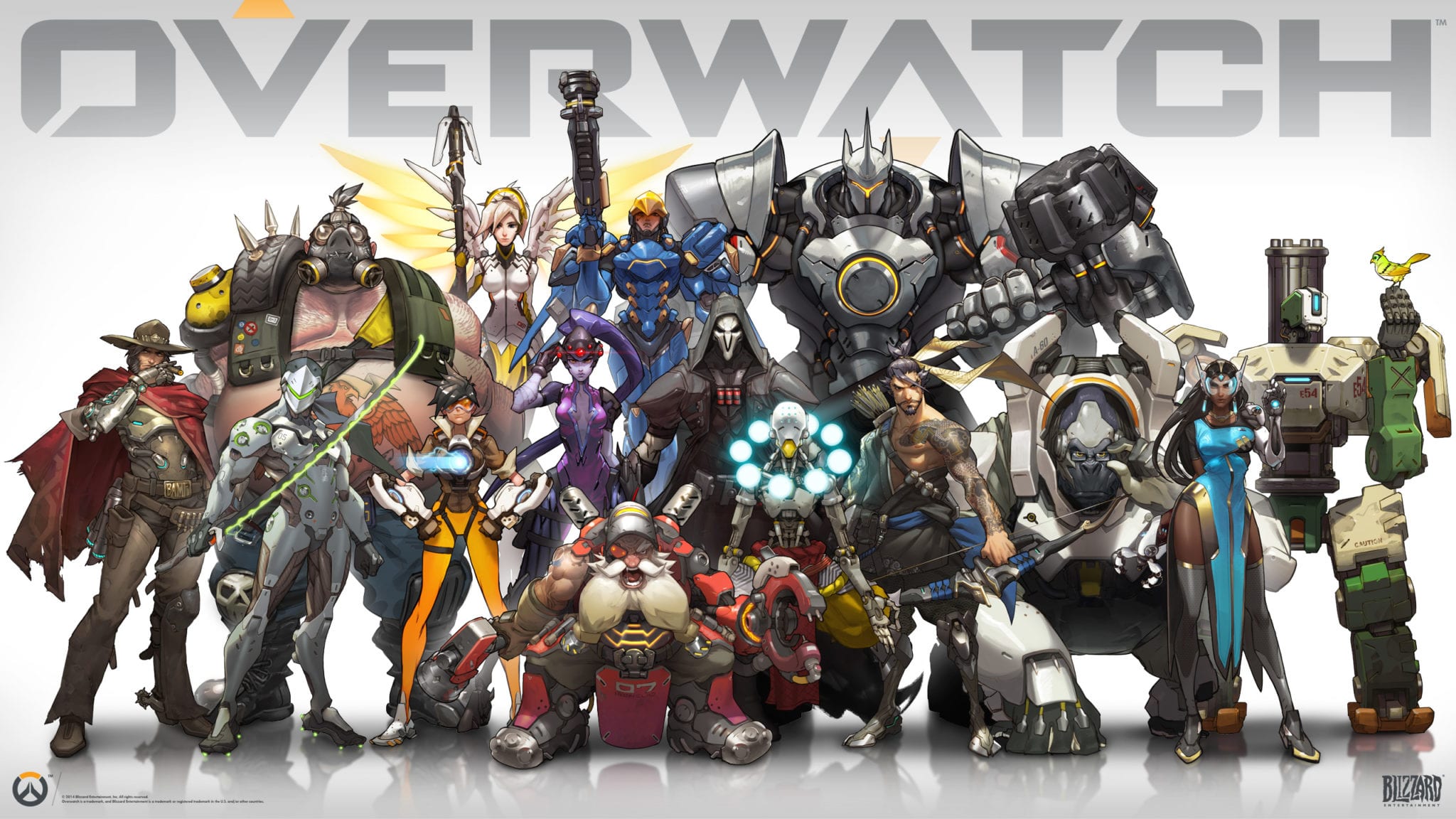 In 2014, Blizzard Entertainment released the first animated trailer for Overwatch. It introduced players to four new characters — Winston, Tracer, Reaper, and Widowmaker — along with the the look and feel of the game, which is set in a slick, dangerous future populated primarily by cool heroes and villains. What if Marvel heroes were about shooting instead of punching? What if Pixar did G.I. Joe? Perhaps more importantly we were given a glimpse of the epic battle that was about to unfold, the opening skirmish of a battle for the future of the human race.

Four years later we are still waiting for the second skirmish.

Overwatch is set in a technologically advanced future. Between “now” and the story’s beginning there is a big Terminator-style robot uprising leading to the creation of Overwatch, an organization dedicated to battling intelligent, sentient robots called omnics. The organization is successful, and proceeds to become a force for post-war political stability. However, it is revealed that Overwatch is involved in some black ops, off-the-books operations and public backlash causes it to disband years before the game’s plot begins. Some former members have become vigilantes, others have joined criminal organizations like Talon (think Cobra from G.I. Joe but with more skulls and fewer snakes), and others have disappeared entirely.

After the first cinematic trailer, Blizzard released a short called “Recall” where genetically modified super-ape Winston has a run in with spooky gun-waster (rather than reload he just tosses away his weapons and grabs new ones) Reaper and decides to bring all Overwatch members back to the fold. This is generally regarded as the kick-off point of the story, and happens in-universe right before the 2014 trailer. Since then, we have seen several other animated shorts. Some, like the Tracer vs. Widowmaker slugfest “Alive” could potentially happen after “Recall,” but the majority focus on the backstories of individual characters and clearly take place long before, or at best, concurrently.

This was brought into sharp relief for me when the latest short, “Reunion,” was released at Blizzcon. Cyborg cowboy McCree has a cool gunfight and introduces three new characters to the fiction: cute robot girl Echo, dynamite chucking outlaw Ashe, and Ashe’s robot butler B.O.B. Then he tells Echo that Winston is pulling everyone back to Overwatch, again, as per “Recall.” But first he has some business to take care of! McCree was available to play at launch and he’s got plenty of memes, Play of the Game videos, and slash fic to prove it. This is a character with whom Overwatch players are very familiar, and his awesome animated short doesn’t even advance his story all the way to his rejoining Overwatch. Why?

The reason is actually really straightforward. Overwatch is character driven rather than plot driven.

For sharpest possible contrast let’s compare Overwatch to its closest MMO relative, Blizzard’s World of Warcraft. WoW is a game that is plot driven rather than character driven. Blizzard is selling you expansions, which represent big events in the world’s story. Yes, there are big, world-shaping characters, but they are there to move the plot forward. WoW needs big plot events to create new environments. Once those environments are created you can make whatever character you want and interact with the fallout of those big events. This is why the plot matters a lot, but characters matter little. Events have to be big enough to create change that every character can then interact with.

Overwatch is the exact opposite. All gameplay, except maybe the lore-based Overwatch Archives events, is non-canonical. The plot matters so little that it might as well not exist. What Blizzard is selling you is characters, heroes, personalities and attitudes: a focus through which you experience the same game over and over. The hero personalities are complete. They have already changed their youthful ways, atoned for their crimes and fought all their formative battles, as evidenced by the the inordinate number of missing and prosthetic limbs and eyes in the roster. Seriously, I counted 11 on a cursory glance. If this was a drinking game, I’d be puking.

Blizzard is stalling the story purposefully. This is why we get rare unconnected vignettes, rather than an episodic plot. This is why whenever a character is added to the roster, the other characters already know them. They are not new, they are already an intrinsic part of this conflict and have been for a while. The problem here is the fans’ expectations. We are used to stories moving forward, but Overwatch’s story actually moves backwards and will continue to do so because when an Overwatch character enters the game they are already “perfect.” These are characters who are at the peak of their arcs and are now showing up for the final battle … at Hanamura Point B. I guess.

So what does that mean for the people actually invested in these characters? Well, it means you need to stop expecting lore to arrive at a rate comparable to a game with an actual story. And also you need to know that the story is going to continue to move laterally by introducing more characters, and backwards by fleshing them out, but will rarely advance any character past their current state. Will we see the moment where Gabriel Reyes loses his humanity and becomes The Reaper? Maybe! Will we ever see the moment when The Reaper feels remorse for a lifetime of killing and becomes Reyes again in time to atone for his sins? Definitely not. Changing the character that dramatically would strip him of the perfection that makes him Reaper in the first place.