Just about the only thing worth reiterating about Ninja Gay Den 3 is that the spectacle of a man in jim jams and a fucking crown hacking people’s limbs off has somehow become boring and that a series once infamous for its meaty challenge has been reduced to a ten minute donkey ride.

But it raises the issue of challenge, and some people who were apparently off sick when everyone else in math class was learning about the concept of a “median” have accused me of hypocrisy for having the gall to slate a game for being too easy when I’ve slated games like Dark Souls for being too hard. Where does the buffer lie? What makes a game enjoyably challenging without being infuriatingly hard?

I think it’s never a bad day to over-analyze shit so let’s get started. Remember my threefold theory of game development discussed a while back in this column, in which I declared that every video game experience can be boiled down to three component elements, namely context, challenge and gratification? Some of my correspondents thought it needed work. Surely it can be boiled down even further, they said, because gratification is an unspoken element of the other two. And yes, strictly speaking, it is gratifying to kill the main baddie when we have enough context to know they deserve it, and there’s plenty gratification in overcoming a difficult challenge.

But this is in the strictest definition of the term “gratification”. Of course there’s some kind of gratification in all the aspects of a video game, that’s the whole point of any piece of entertainment. Fun. Context without fun is boredom. Challenge without fun is frustration. I’ve never been entirely happy with the word “gratification” for the third leg on my videogame milking stool because in truth it’s a more complex concept than can be describe in one word. It’s a visceral satisfaction that speaks directly to something beyond the higher brain, a flavor of fun that can exist outside context and challenge. I mean, if you picked up your friend’s game of Dead Rising while he was in the bog, grabbed a rock drill and did that thing with it where you impale a lone zombie and use his rapidly dismembering corpse as a flail, then you don’t have any context for what’s going on and you’re not being challenged, but it’s still a lot more fun than listening to the straining gasps of your friend pooing upstairs.

But we’re getting off-topic. Since Ninja Gaiden brought it up, let’s concentrate on that most spikey and treacherous leg of the stool, Challenge. The interesting thing about the Challenge leg is that of all the three it’s the one that requires the most input from the player to find gratifying. In context the finely-crafted story has to do the work and whatever-alternative-name-we-come-up-with-for-gratification still depends on the engineered interactions between things created by the developers, gratification in challenge comes entirely from satisfaction at one’s ability to overcome whatever trials are put in your path. 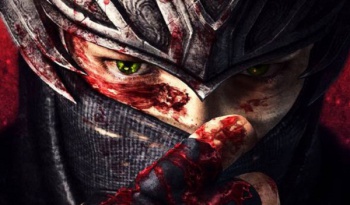 So with that in mind, allow me to repeat a sentence from earlier in this article. “Challenge without fun [or indeed gratification] is frustration”. That should be a straightforward enough sentiment, but the interesting thing about frustration is that it doesn’t necessarily preclude fun. I’ve said before that I’m fond of deliberately hard games like Super Meat Boy, Cave Story and I Wanna Be The Guy, because as frustrating as replaying the same section over and over again can get, no one will remember that frustration once they’ve actually gotten past it, and their satisfaction with their achievement increases the more attempts it took. The more frustration one builds up the more pleasing it is to all drain away, it’s like putting off having a wank for a day or two.

In my recent freeware release Poacher (hosted here on The Escapist download now) I was trying to recreate the same kind of retro-style fail-frustration-success gratification. Whether or not I succeeded I leave to the history books, but channelling frustration in any game’s challenge aspect can be a treacherous mistress. There’s a fine line. You only get the benefit of that frustration release if the player actually does eventually get past the challenging section. You have to give them just enough encouragement to keep at it, don’t dwell on their failures and keep things fun on some level (this is where the visceral gratification third leg comes in handy). The very worst thing that your player can do is ragequit. Give up and stop playing without releasing the frustration you’ve been building up in them. Because that feeling is what they’re left with and will associate with your game. They’ll probably be in a bad mood for the rest of the afternoon and you’ll indirectly increase the domestic violence rate.

I always try to avoid ending a gaming session while I’m still trying to get past a challenge, because it’ll make it harder to start the next session. I’ll probably end up procrastinating and waste half an hour constantly updating my Twitter feed hoping someone will praise me or propose marriage. And if I end up stopping playing altogether, the game will go on to occupy a very low step of my critical ziggurat, as happened with Demon/Dark Souls.

But challenge is a balance. The other mistake is to go too far the other way. Ninja Gaiden 3 is too easy. But that in itself needn’t necessarily be a problem, the nature of the three-legged milking stool theory of game design is that deficiency in one leg can be shored up by strength in either of the other two. If there’s very little challenge and you’re just holding the player’s hand through set pieces and cutscenes – you know, if you’re pretty much any triple-A game these days – then you can still save yourself with a strong showing in either of the other two legs, context and gratification.

And that’s where Ninja Gaiden 3 ultimately tucks itself nice and cozy into a lovely warm coffin and the gravediggers get to work filling it in. Whatever gratification you can glean from hacking up cockney arseholes dribbles away after the first ninety-seven times you executed the same overblown sommersault attack. And the less said about the story the better. Ninja Gaiden‘s never had more than an atrophied stumpy leg for its context aspect and things really don’t improve much here. When the tiny adorable mute girl passed the still-blood-caked ninja murderer a text message reading “Will you be my new daddy?” an involuntary scoff escaped from my mouth, followed by my last few meals in one long yellow-brown half-digested stream.