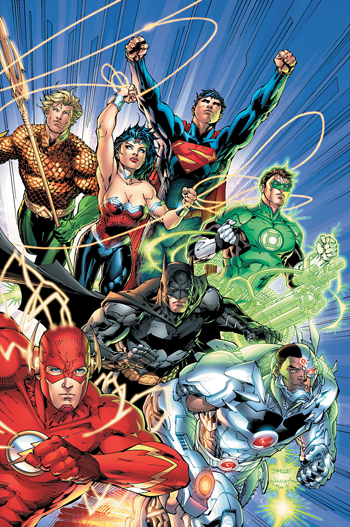 DC Comics’ New 52 still gets a lot of hate, but there are many things it managed to get right.

It’s been four years since DC Comics unveiled its New 52, the biggest continuity overhaul since 1985’s Crisis On Infinite Earths. While DC has played around with soft reboots in the intervening 25 years, the New 52, with the exception of recent events like Batman Incorporated or Green Lantern‘s War of Light, has seen every character’s backstory dramatically changed to fit a timeline where costumed heroes had been around for only five years. Established and well-developed characters saw extensive personality changes, with altered personal histories and costume designs that barely resembled their pre-Flashpoint crossover versions.

For those who aren’t familiar, Flashpoint was a crisis event that saw the entire DC Universe altered thanks to a rogue time traveller. While the Flash was able to “correct” the timeline, he couldn’t do so perfectly, creating a new canon that let DC largely wipe its slate clean. Naturally, comic book fans on the internet completely lost their minds. And I was right there with them. I’d followed DC Comics since the tail end of “Reign of the Supermen”, and saw a significant portion of my childhood being carved away to pull in new audiences. And this was after writers like Geoff Johns, Grant Morrison, and Mark Waid used an encyclopedic knowledge of DC canon to present engaging stories for old and new readers alike. Ending it all with a flimsy time travel accident felt like a slap in the face.

Then I started reading the books. And enjoying them. And eventually found myself loving the New 52 in spite of myself.

Okay, not all of it. There are all kind of problems with how this reboot has been handled. Beloved female characters like Catwoman and Starfire weren’t portrayed in the best light. Continuity errors began cropping up immediately. Editorial disagreements tore apart multiple creative teams. That’s not even getting into the multitude of books which sold so poorly, they were cancelled in a year. And I don’t think I’ll ever understand the logic behind making Lobo a super-serious anti-hero.

Regardless, there are some fantastic things coming from the New 52. Wonder Woman became a New York Times bestseller. Justice League and Forever Evil made Lex Luthor a halfway-believable superhero. One of the most consistent critically acclaimed hits of the New 52 is Aquaman. I repeat, Aquaman, who most non-comics readers thought of as “the fish guy”, is the among the best books DC Comics is putting out right now.

Even the stuff about the New 52 that doesn’t “work” (or more specifically, clashes with pre-reboot character designs) has a refreshing air of experimentation to it. Building a new timeline from the ground up created room for new ideas that were difficult to establish in previous canons. Now we have a Justice League that represents Canada. Nightwing is a spy investigating the seedy underbelly of DC Comics lore. A Muslim hero joined the Green Lantern Corps. Batgirl can walk again, but carries PTSD from her shooting. Superman and Wonder Woman are a canonical couple, after decades of readers wondering “Why haven’t they already?”

Are these visions as iconic as the superheroes we grew up with? Not always. But that doesn’t make them less interesting, compelling, or enjoyable. If the New 52 was a parallel universe to established canon, like Marvel’s Ultimate line, comic fandom probably wouldn’t have reacted with the same hostility. But since the New 52 is our default timeline, wiping out everything that came before with reboots and time travel, it’s harder to see what’s good about it.

But change is inevitable and unavoidable. And there are good things about the New 52. Broadly saying the entire line is flawed is unfair to creators who used the premise to do something special. More importantly, it implies that readers just want those pre-New 52 stories over and over, without changing the “iconic” formulas. Whatever you may think of the New 52, at least it was willing to shake things up to see what stuck.

We’ve spent years talking about what doesn’t work; maybe it’s time to highlight what it did right. Things like: 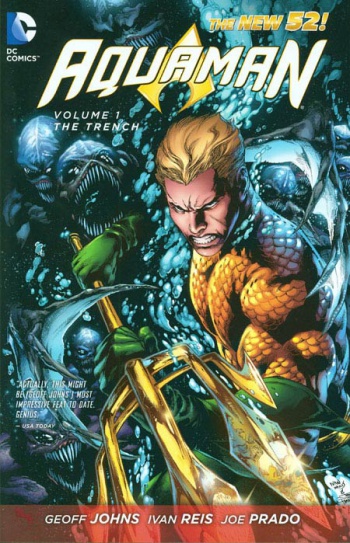 Sure, you may think of him as the fish guy. But not only is Aquaman a fantastic book with a great central hero and supporting cast, it keeps topping itself every few months.

Its first issue introduced Arthur as a self-imposed outcast, choosing to live in his human father’s hometown instead of ruling Atlantis. Since then, he’s fought terrifying monsters from the ocean depths. Dodged media scandals. Teamed up with a motley crew of heroes for an international adventure. Picked sides in the Atlantean invasion of America. Reclaimed his throne. Lost his throne. Fought a three-sided civil war within Atlantis itself. Every storyline, sometimes every issue, takes the character in a new direction that would easily warrant a reboot of the series. But instead, everything fits neatly together and escalates nicely, telling a long-form story with a massive scope.

Aquaman’s adventures usually occur far away from the larger DCU. He doesn’t spend much time with the Justice League anymore, and is really too busy to get involved with crisis events (save for a single crossover fully compiled in the Aquaman collected editions). That just means Aquaman works incredibly well as a self-contained story, developing Arthur’s character and abilities without worrying about canonical events occurring elsewhere. It also means you can read Aquaman without things you don’t like about New 52 coming up on a regular basis.

With a new creative team taking over the book with Volume 5, here’s hoping Aquaman can continue the high bar it set. 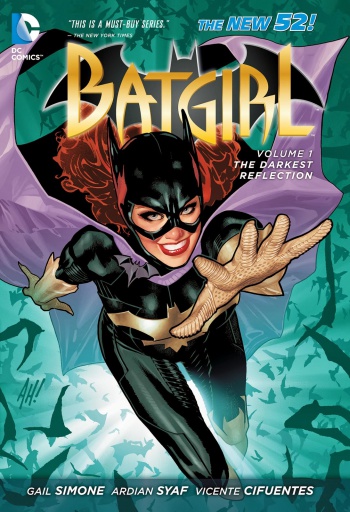 When the New 52 started, one of the things I was most skeptical about was Barbara Gordon’s return as Batgirl. After her paralysis in 1988’s Batman: The Killing Joke, Barbara had been developed as Oracle, the wheelchair-bound computer expert who proved her disability couldn’t stop her from aiding the entire superhero community. While critics have panned Killing Joke‘s violent treatment of Batgirl, Oracle was a fantastic silver lining that highlighted her true inner strength. Wiping out twenty years of Barbara’s character development to bring back the original Batgirl felt disappointing, especially with other Batgirls available to take up the New 52 mantle. (Not to mention DC was already publishing a Batwoman New 52 title.)

Thankfully, my fears were unfounded. While I certainly miss Oracle and what she represented, the original Batgirl is a breath of fresh air to the Batman books. Barbara Gordon’s smiling face and positive nature are necessities for Gotham City, especially when its primary protector leans towards the grim and dour. In crossover books, she also helps the Bat-family actually feel like a family instead of a team of rich superheroes who beat up villains as a hobby. She even keeps some of The Killing Joke‘s emotional consequences; in the New 52, Barbara’s paralysis was temporary, but the internal damage is still a part of her personality.

If we went back to Oracle after all this, losing Batgirl would actually feel like a tragedy again. Gail Simone really helped pull off something impressive with this reboot, and it’ll be exciting to see where Cameron Stewart and Brenden Fletcher take her from here. 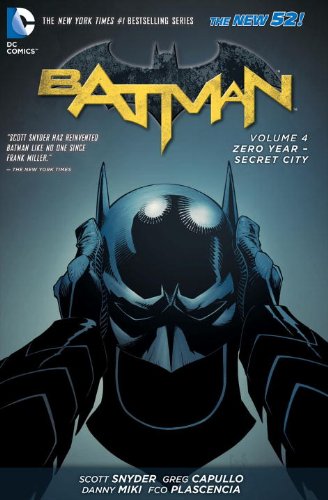 Batman has always been one of DC Comics’ most popular heroes, and even the New 52 wasn’t about to change that. But the core Batman book, written by Scott Snyder since the reboot began, has set the tone for the character’s entire line-up. Starting with a secret society that controls Gotham from behind the scenes, to a brand-new origin inspired by Year One and The Killing Joke, Snyder has proved that the “rich-guy-beats-up-criminals” formula still has some great ideas in it. While Snyder’s Batman still poses the biggest continuity problems of the New 52 (how the hell did Batman raise four Robins in five years?) these concerns take a back seat to consistently impressive storytelling.

Not only is Snyder’s Batman worth reading, it acts as a focal point for other “Bat-books”, even spinning into the greater DCU on occasion. When Batman’s conflict with the Court of Owls escalated, every Batman-related hero took 1-2 issues away from ongoing storylines to combat the threat (the Justice League even pitched in from its own series). While Batman unraveled the Joker’s plans in “Death of the Family”, Joker was terrorizing each of his sidekicks in their own individual series. Even Batman’s “Zero Year” event, reintroducing his first missions with a cape and cowl, inspired DC to explore prequel storylines for other popular heroes.

Snyder’s run on Batman is just drawing to a close with “Endgame”, but its legacy is assured. This series raised the bar for what makes a good Batman book, and is absolutely worth checking out. 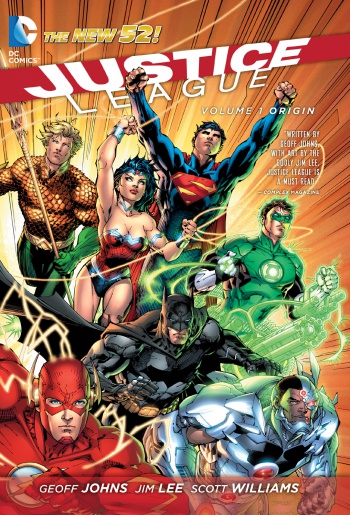 Where would a DC Universe be without a Justice League? Following in the tradition of previous series before it, Justice League brings together the DCU’s most recognizable heroes to defend Earth from threats that couldn’t be stopped alone. And in true League fashion, these threats are as deadly as ever. An invasion from Apokolips, skirmishes with Atlantis, and supervillains from alternate realities have all been covered.

But while these conflicts are well-realized, Justice League really shines in balancing them with the struggles of its supporting cast. The most notable example is Cyborg, who constantly proves himself to be a valuable team member despite his half-human state. Superman and Wonder Woman’s relationship started here as well, largely because superheroes can’t really make human connections. The book even features a Metal Men origin story that tugs on the heartstrings as they fight a villain the size of a building.

The one downside to Justice League is that sometimes crossover events take away from its appeal as a standalone book. But even then, it’s a solid series filled with great moments and believable character developments that’s worth checking out. Even the bit where Lex Luthor joins the team as its latest superhero. 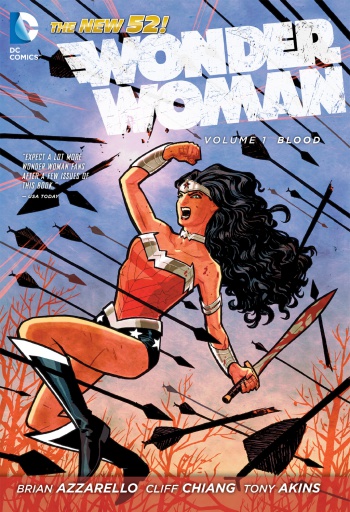 Wonder Woman stands out quite a bit from the rest of the New 52 in terms of its tone. In the pages of Justice League and Superman/Wonder Woman, Diana still gets up to her usual, action-packed adventures with the rest of DC’s roster. But in her own book, Brian Azzarello and Cliff Chiang have seperated her from other superheroes to reimagine her entire mythology right down to its core. It’s an approach that clashes with traditional superhero storytelling,which isn’t every comic reader’s cup of tea. But in terms of introducing new readers to the core Wonder Woman book? It’s proven far more successful than throwing a leather jacket on her.

What’s great about Wonder Woman isn’t just that it’s epic, it’s that it’s epic in the classical Greek senses. This version of Diana wasn’t made from clay, but is a daughter of Zeus, born from one of his infamous dalliances. Like other Greek myths, this revelation makes Wonder Woman the latest enemy of Hera, who is as unimpressed with Diana as she was with Hercules. On top of that, Diana finds herself increasingly tied in the struggles of reemerging Greek Gods as the series progresses. Not only does that give Wonder Woman a tone comparable to the original myths (including a literal descent into the underworld), it gives a new edge to her adventures as a kind of family drama.

Of all the books to come out of the New 52, this one stands out the most from its peers in tone, content, and visual style. For those reasons, I’d say it’s well worth a read.