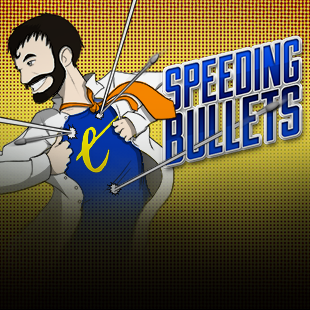 Of all comic book sequels, The Dark Knight III – The Master Race is probably the one fans wanted the least.

Sure, Batman might be DC Comics’ most popular hero by an enormous margin, but Frank Miller’s version ain’t what he used to be. The Dark Knight Strikes Again was barely a Batman book. All-Star Batman & Robin was an overwhelming disappointment. Holy Terror was such a disaster that DC probably breathed a sigh of relief over the bullet they’d dodged. The character has been almost completely soured to the point that fandom’s general response to The Dark Knight III was a resounding “Why?”

And it’s not like fans don’t still appreciate Dark Knight on some level. Setting aside all the comics and films it inspired, Frank Miller was a revolutionary storyteller. The Dark Knight Returns and Batman: Year One are among the most critically-acclaimed graphic novels of all time, and hold up remarkably well today. Even Alan freaking Moore wrote a glowing introduction to The Dark Knight Returns, praising it as “one of the few genuine comic book landmarks worthy of a lavish and more durable presentation”. But you’d be hard-pressed to find anyone addressing Miller’s recent work in such terms – especially Moore himself.

Yet here I am, reading The Dark Knight III, and feeling a strange thrill I haven’t experienced from a Frank Miller Batman book in a long time. It’s not that DK3 is well-written (it’s just okay) or that Miller’s political views have been toned down (they’re still there). But when it comes to superheroes, DK3 is finally treating them like characters again instead of one-dimensional allegories. And this is especially true of Batman himself, who DK2 and All-Star Batman & Robin basically treated like Sin City‘s Marv with a mask and cape.

The Dark Knight III takes place years after Strikes Again‘s superhero revolution broke Lex Luthor and Brainiac’s hold on America. Bruce Wayne has been in hiding ever since, nursing his wounds and training Carrie Kelly to take over his mantle. But plans change when Kryptonian fundamentalists escape from Kandor and set about brutally overthrowing world governments. Instead of giving Gotham a Batman which opposes systemic corruption, Bruce has to resurrect a Batman capable of defending the entire world, uniting heroes under his banner. 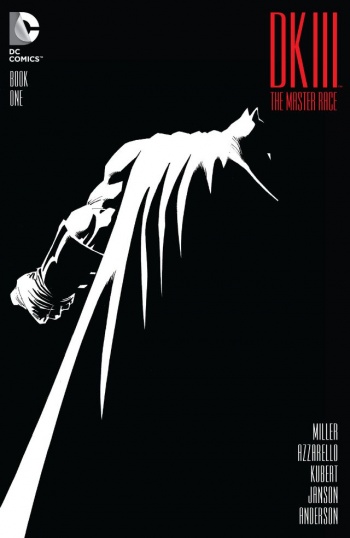 If you’ve read The Dark Knight Strikes Again, you probably have a specific picture in your head of what Batman’s resistance looks like. He was a brash voice who ordered superheroes around like cattle, and was prepared for literally every contingency. DK2‘s Batman wasn’t a character – he was a parody of everything The Dark Knight Returns accomplished in its thoughtful deconstruction of heroes.

Well, guess what? That Batman’s not here anymore. This Bruce Wayne carries a crutch with an arm brace. He has to wear glasses to watch television. He’s even gained a little humility and regret about his actions in the past. And when the Kryptonians attack, he goes to Superman and actually asks for help. Oh, he still has that crime-bashing fire in him – even if he says it’s dimmed – but he’s wiser and more reflective now. He’s the “old man” again. And it’s incredibly refreshing to see.

To many Batman fans, Bruce Wayne represents human achievement over adversity, without relying on superpowers. He wasn’t born on another world, gifted with abilities beyond our understanding, or anything else from a superhuman origin story. Instead, he experienced an unbearable tragedy as a child, and used it as a motivation to become a better human, and perfect hero. But ever since The Dark Knight Returns showed Batman pummeling Superman into the ground, he’s been treated as a figure seemingly more powerful than heroes themselves – which was never the appeal. Batman is engaging because he’s capable of rising to challenges despite the odds, not because he’s naturally superior to everyone around him.

In DK2 and All-Star, this didn’t just make Batman overpowered, but made every other hero outrageously shallow by comparison. Superman wasn’t simply flawed for taking orders from American authority, he was buffoonish and tragically naive. Green Lantern went from being a capable Air Force pilot to an oblivious oaf whose ring was stolen from his own finger. Frank Miller’s Dark Knight universe went from being a realistic deconstruction of iconic heroes to a weak, one-dimensional cartoon for adults. This new approach is a vast improvement, and whether it comes from Miller or co-writer Brian Azzarello, it’s a welcome one.

That’s not to say The Dark Knight III can’t be problematic in other ways. It still features the same masochistic violence that’s driven many modern readers away from Miller’s Batman. Perhaps more concerning is DK3‘s Kryptonian supervillain, whose religious leanings and multiple wives seem like a pretty strong allegory for Miller’s political views on Islam. But in terms of storytelling, Dark Knight III does feel like a step in the right direction. I certainly didn’t expect to enjoy a new Frank Miller Batman book, but here I am, getting frustrated every time the latest issue meets a publication delay.

We still have several issues to go before I can give a final verdict on Dark Knight III, including a special prequel issue. But it actually feels like Batman has come back to Gotham, and for now, I’m okay with that.

Remember to check out The Escapist’s other comic book columns: Space, Spells, and Spandex, The Panelist, and Gutter Mouth!

Rebirth, Reboots, And The State Of The New 52