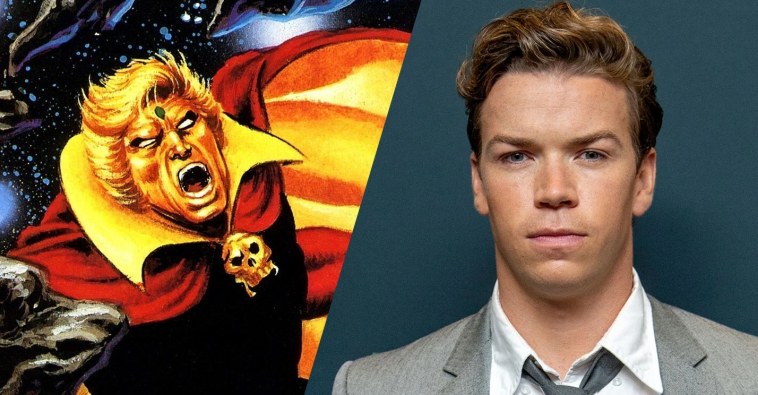 The Guardians have a new maybe-antagonist to annoy with quippy one-liners. Will Poulter has been cast as Adam Warlock (also known as Him and Adam in the comics) in Guardians of the Galaxy Vol. 3 after an extensive search, as reported by Deadline and confirmed by director James Gunn himself. Gunn and the executives at Marvel reportedly looked at a wide variety of actors, with Poulter making the final cut amongst many.

A hell of a lot has happened in the Marvel Cinematic Universe (MCU) since Guardian of the Galaxy Vol. 2‘s five post-credits sequences, so you may be forgiven for forgetting that Adam Warlock was teased in it. While in the comics Warlock is an integral part of the storylines involving the Infinity Stones (or Gems, as they were known then) as he possessed and used the Soul Stone, he was obviously not part of that plot line in the cinematic universe. Instead, Ayesha (Elizabeth Debicki) is shown talking to her chambermaid about the creation of the perfect creature and the pinnacle of the Sovereigns, whom the Guardians humiliated in the second film.

Hell-bent on revenge, it appears that Will Poulter Adam Warlock will be sent after the ragtag group of space heroes, despite the fact that they once again helped to save the universe in Avengers: Endgame and that Thor is, maybe, tagging along with them. It is worth noting that Thor and Warlock have a history in the comics, with the character making one of his first appearances going up against the god of thunder.

As you guys know I often strike down false rumors, so… um…

Welcome to the Guardians family, Will Poulter. He’s an amazing actor and wonderful guy. See you in a couple weeks. #AdamWarlock #GotGVol3 https://t.co/RaNeGDIC0E

Now adding Adam Warlock to his resume, Will Poulter has been racking up successful roles over the past few years with turns in The Maze Runner, Detroit, and the upcoming TV show Dopestick. However, this will be the first role that will have a chance of turning him into a true star instead of a guy you see and say, “Oh, it’s that guy from that movie.” The actor definitely has the jawline and stern good looks to play a perfect creation of some sort. He’ll be joining the Guardian team (well, not quite Gamora) and possibly some more original Guardians team members in the comics who cameoed in Guardians of the Galaxy Vol. 2, including a rumored return of Sylvester Stallone.

Guardians of the Galaxy Vol. 3 is currently scheduled to release May 5, 2023. However, we’ll all get a Guardians fix before that with a holiday special set to land on Disney+ this December.