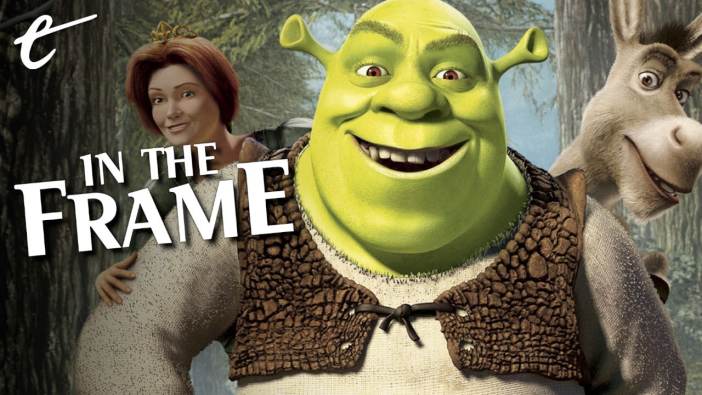 With two decades’ distance from its original release, it’s hard to understand just how seismic Shrek was.

The film’s 20th anniversary has prompted a lot of analysis, trying to contextualize the irreverent computer-generated family film as a landmark of 21st century cinema. Shrek has become such a fundamental part of the pop cultural fabric that it’s hard to even assess its impact. It was the rare movie that was genuinely revolutionary, and its influence is keenly felt even beyond its immediate genre. Shrek didn’t just change how studios told stories, but how people talked about those stories.

When Shrek arrived in 2001, American animation was in a strange place. Disney had dominated the market place during the 1990s, owing to the success of the so-called Disney Renaissance. Beauty and the Beast wasn’t just the second highest-grossing movie of 1991; it was also the first animated film to be nominated for Best Picture. The following year, Aladdin was the highest-grossing movie at the global box office. The Lion King topped the global box office in 1994.

Most other animation houses played by Disney’s rules. Don Bluth animated earnest tales about talking animals like The Land Before Time and All Dogs Go to Heaven, before offering his spin on the classic “Disney princess” template with Anastasia. Disney’s acquisition of Fox has put Anastasia on Disney+, meaning the title character (Meg Ryan) is now kinda (but not officially) a Disney princess. Bluth wasn’t necessarily copying his rival, but his work existed in a paradigm defined by Disney.

Towards the end of the decade, other approaches to animation began to break into the American market. Although Nausicaä of the Valley of the Wind had been released in the United States as the mangled Warriors of the Wind, and while My Neighbor Totoro had become a cult hit on VHS, a distribution deal with Disney brought Studio Ghibli films like Princess Mononoke and Spirited Away into the American mainstream just as anime was becoming popular with American audiences. 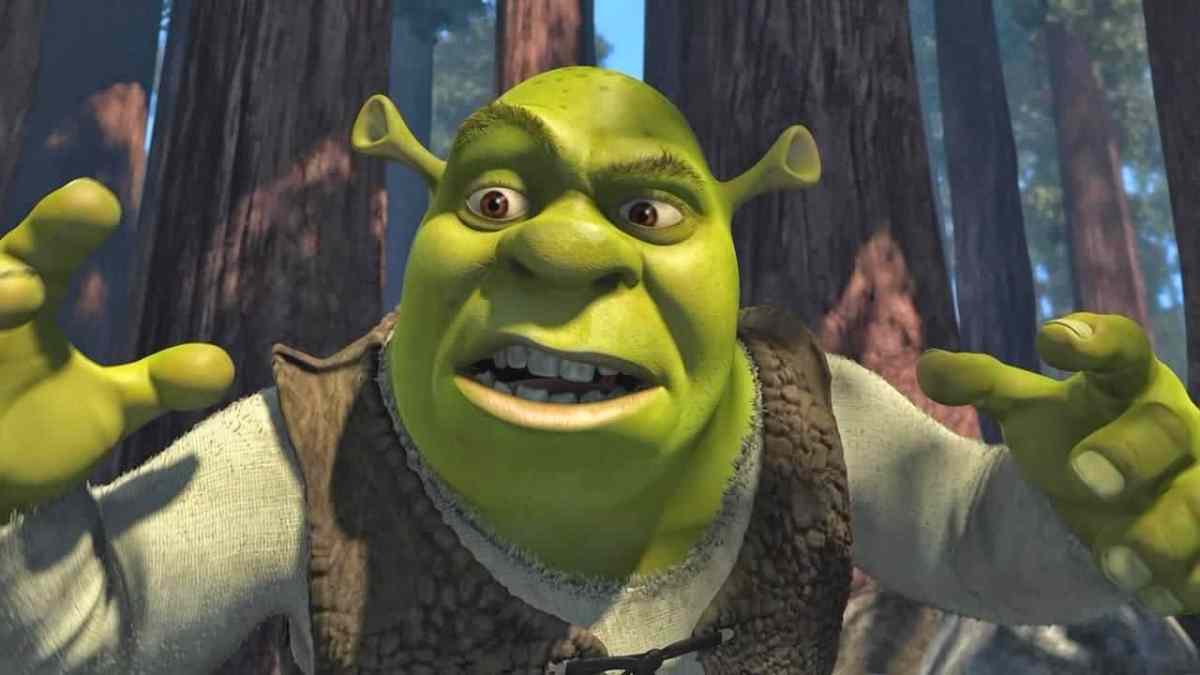 Closer to home, Pixar had revolutionized animation with Toy Story in November 1995 and had built on that success with movies like A Bug’s Life, Toy Story 2, and Monsters Inc. They also sparked a revolution in animation, inspiring other computer-animated films like Antz in October 1998. Pixar was ascendant, particularly as Disney hit a rough patch towards the end of the decade, with Toy Story 2 out-grossing Tarzan in 1999 and Monsters Inc. far out-grossing Atlantis in 2001.

In some ways, Shrek was the culmination of this pushback against Disney’s hegemony. It was part of the movie’s production narrative, with observers suggesting that Shrek existed as a gigantic “fuck you” directed at Disney from DreamWorks founder Jeffrey Katzenberg. In this telling, Katzenberg was retaliating for his very public humiliation at the hands of Disney’s CEO Michael Eisner. Even contemporary reviews read the villainous Lord Farquaad (John Lithgow) as a stand-in for Eisner.

Shrek had a notoriously troubled road to success. Katzenberg had been a large part of the Disney Renaissance and is particularly credited with the success of The Lion King, but he struggled to carry that success over into his time at DreamWorks. The studio’s first two animated movies were misfires. Prince of Egypt was a passion project for Katzenberg that was ultimate a moderate success. The Road to El Dorado had a much more painful gestation and landed with a thud.

The production of Shrek was a nightmare. Animators nicknamed the project “the Gulag.” After a year and a half of development, a test screening was a nightmare and mandated a complete reworking of the movie. Actor Chris Farley was originally cast as the titular ogre but passed away before completing his work. Mike Myers was recast in the role, reportedly insisting on a rewrite of the script to make the role his own. He would later re-dub his own lines at great cost. The prognosis was not good. 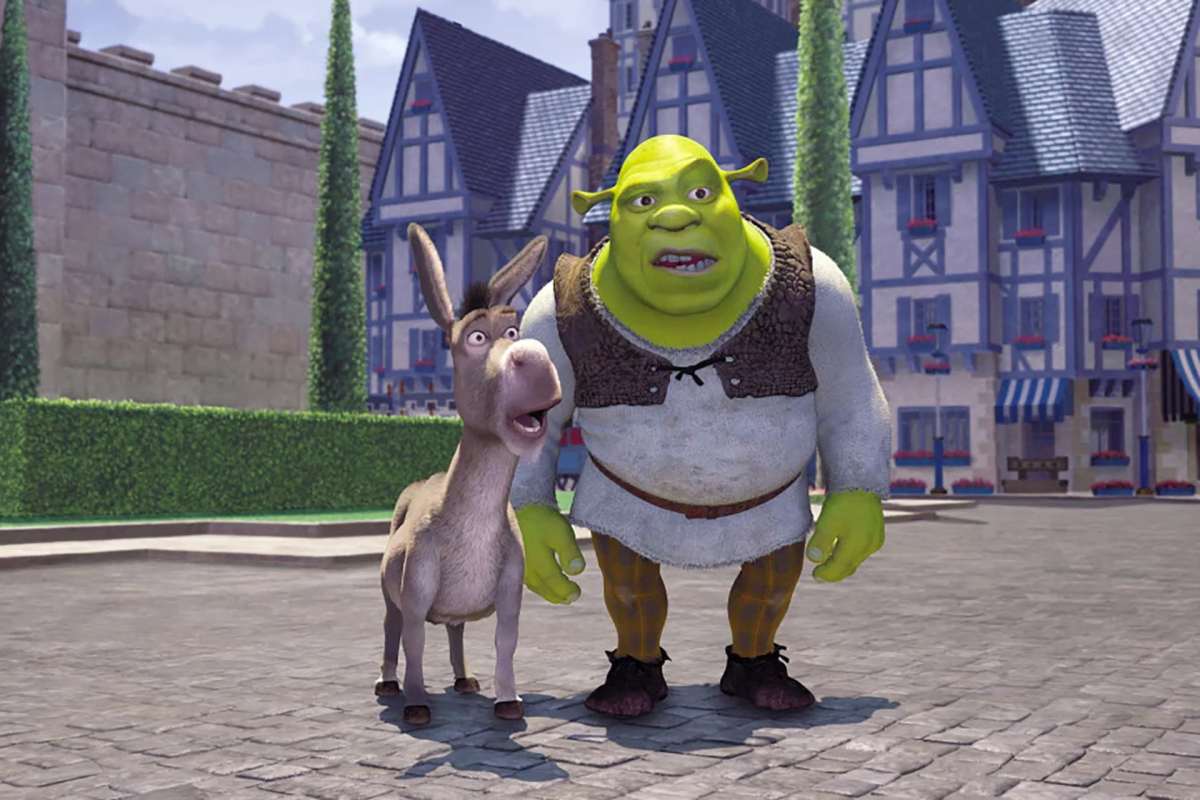 This makes the movie’s success all the more astounding. Shrek premiered in competition at Cannes in May 2001, becoming the first animated film to compete for the Palme d’Or since Peter Pan. It competed against Baz Luhrmann’s Moulin Rouge!, Michael Haneke’s The Piano Teacher, the Coen Brothers’ The Man Who Wasn’t There, and David Lynch’s Mulholland Drive. (Three years later, Shrek 2 would return to compete against Park Chan-wook’s Oldboy and Michael Moore’s Fahrenheit 9/11.)

Shrek became a genuine cultural phenomenon. It earned rave reviews, with Newsday critic John Anderson insisting that it would entertain for “ages to come” and Todd McCarthy of Variety calling it “an instant animated classic.” It came fourth at the global box office that year, just behind Monsters Inc. However, Shrek beat Monsters Inc. at the domestic box office, and it became the first film to win the Best Animated Film Oscar.

At the time, Shrek seemed like a response to the earnestness of those classic Disney animated films. It was set in a magical kingdom populated by fairy tale characters, but it frequently punctured the conventions of the wholesome stories that Disney had been packaging for generations. This was arguably what distinguished Shrek from the other challengers to Disney. Pixar and Studio Ghibli offered fresh approaches, but they were still sincere. Shrek was, by comparison, edgier.

Released in May 2001, Shrek was perhaps the culmination of the irony and cynicism that had been trending through pop culture during the 1990s. (The terrorist attacks in September 2001 would lead some commentators to declare “the end of the age of irony,” but reports of irony’s death were greatly exaggerated.) Irony was present in so much of the culture of the era, from Chandler Bing’s (Matthew Perry) sarcasm to Alanis Morissette’s highest-charting song on the Billboard Hot 100. 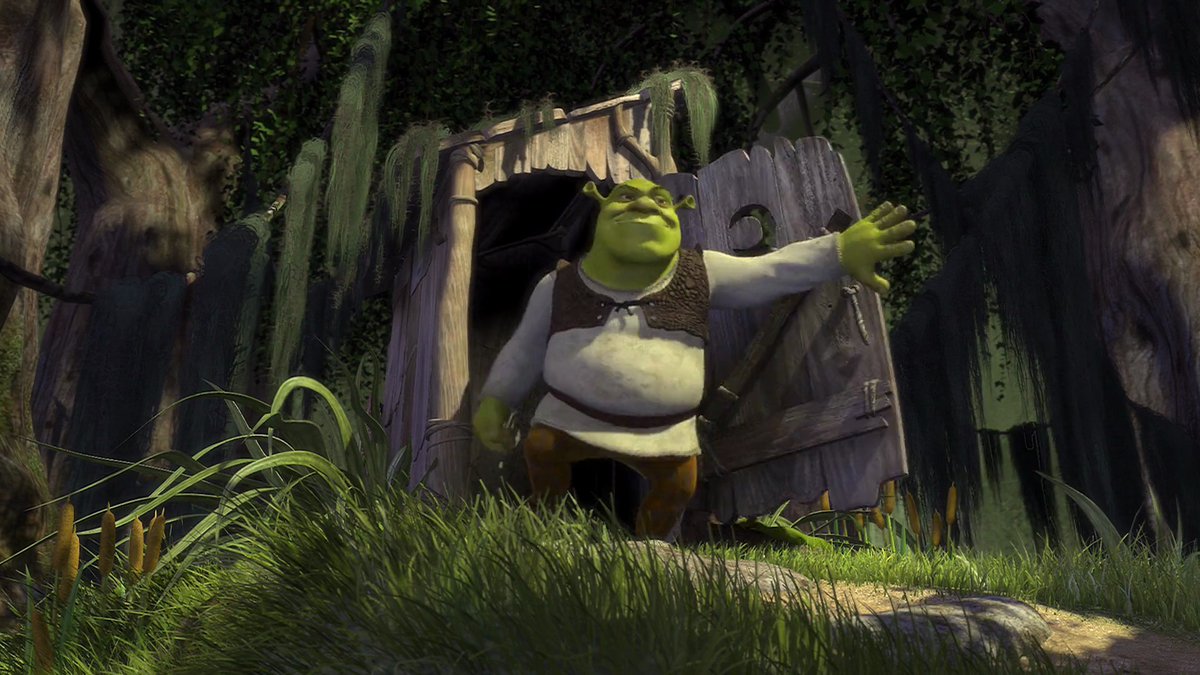 It’s easy to understand why audiences responded to Shrek. The movie’s detached irony was amusing when it came from a cultural underdog. It was particularly refreshing as a response to decades of Disney’s carefully calculated and calibrated sincerity. It worked as a counterpoint to the dominant cultural narrative. In the specific context of May 2001, a month before the release of Atlantis: The Lost Empire, it was novel and interesting. In many ways, Shrek became a victim of its own success.

Most obviously, Shrek would go on to spawn an entire multimedia empire: three sequels, a spin-off, a theme park ride, a stage musical, and two television specials. At a certain point, the law of diminishing returns sets in. With enough time, what was once radical and exciting becomes passé. Instead of existing as an irreverent opposition to the cultural establishment, Shrek became a $3.5B cultural establishment. However, the problems with Shrek run deeper than the franchise itself.

Shrek normalized this idea of ironic self-awareness. In the years following the release of Shrek, it became increasingly common for movies aimed at children to be more preoccupied with calling out narrative conventions than skillfully executing them. This influence is even felt on recent films like Scoob! or Trolls World Tour. Even Klaus, a largely old-fashioned animated film, still needs a snarky quipping lead and a badass take on Santa. Klaus features a needle-drop of “How You Like Me Now?”

It isn’t just children’s films. At the start of the 1990s, mainstream American cinema entered a period that Jim Collins described as “the New Sincerity,” singling out critical and commercial hits like Field of Dreams and Dances with Wolves. There was perhaps some cynicism in the thriving indie cinema of the decade, but even that tends to be exaggerated. Many of the biggest box office smashes of the decade were achingly sincere, movies like Titanic, Forrest Gump, and Ghost. 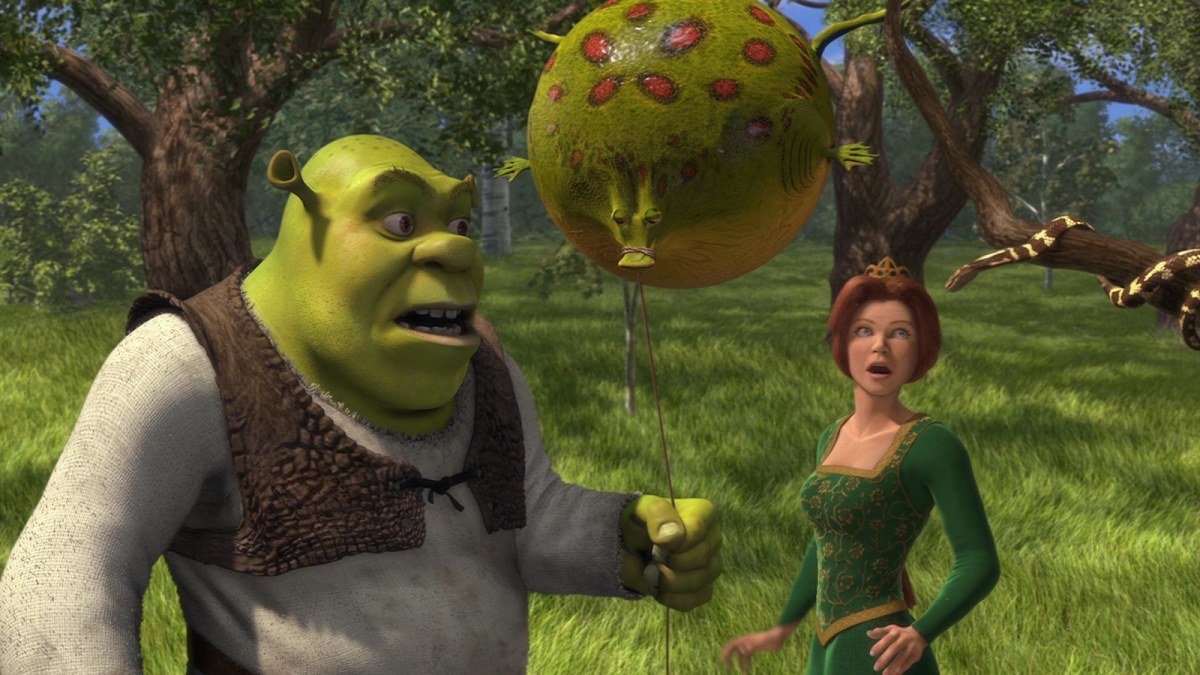 In contrast, modern blockbusters employ the same ironic self-awareness as Shrek, cracking jokes at their own narrative conventions. This is particularly true of the Marvel Cinematic Universe, the highest-grossing franchise in the world. In Avengers: Infinity War, two separate characters make the exact same joke about how Dr. Strange (Benedict Cumberbatch) looks like an entertainer at a children’s party. These characters make that joke within 10 minutes of each other and one of them is an alien.

Modern pop culture relies on this ironic self-awareness for a reason. The cultural criticism has grown increasingly dependent on snark, as demonstrated by the emergence of channels like CinemaSins or Honest Trailers. As such, films are often criticized for taking themselves too seriously. After all, directors who don’t hide behind irony, like Christopher Nolan, are often attacked for being “self-serious.” It’s important for films to get there first, to preemptively disarm those criticisms. After all, if everything is a joke, it’s best to be in on it.

This irony extends even beyond the cultural sphere, informing and shaping a lot of contemporary politics. Engagement and discussion become impossible because true intentions are disguised behind a layer of winking self-awareness. It is difficult to parse actual meaning from statements because it’s all couched in knowing irony. Looking back on Shrek from this vantage point, it’s hard not to resent the film for its role as herald of this age of irony.

That’s a lot of weight to put on any film, let alone a cartoon about a sassy Scottish ogre. Shrek helped popularize the ironic tone that came to dominate popular culture, particularly family media and blockbuster cinema, but it didn’t manifest that irony out of thin air. Film is a mirror just as often as it is a window. Shrek tapped into something that was running through the culture of the time. It brought it to the fore, feeling like an antidote to decades of saccharine sentimentality.

When it first premiered, Shrek was a much-needed breath of fresh air. However, even the freshest air feels stale when it has been recycled for two decades. 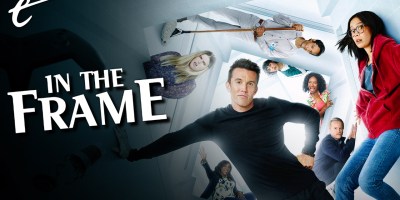