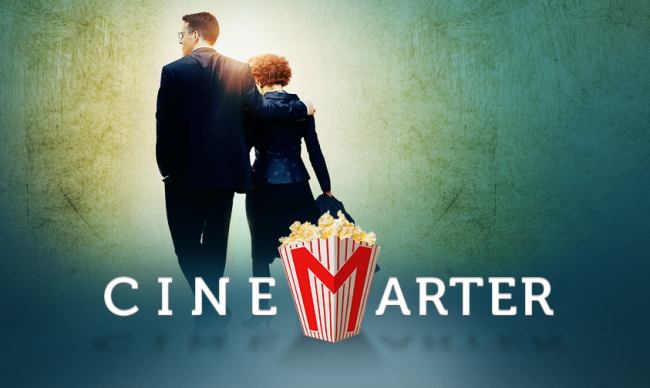 Whenever a movie opens with the words “Based on a true story,” I immediately get apprehensive. Too often, these are used as a crutch. If the movie feels cliché, filmmakers can simply say “well, that’s how it happened in real life.” Other times, we’re drawn to feel sympathy not for what happened within the movie, but because of the true-to-life story; if we don’t, we’re considered heartless. It’s a trick filmmakers use into manipulating an audience, and more often than not it doesn’t pay off. Woman in Gold is such a film. The true story is actually more interesting than the film; it would have been better told as a documentary.

The story is based on the life of Maria Altmann, here played by Helen Mirren. An Austrian refugee who has been living in America since World War 2, her sister dies. When going through her things, Maria learns that her family used to own a painting of her aunt, Adele. The Nazis stole it. Now, Austria is trying to give back these sorts of belongings, so she hires a lawyer, Randol Schoenberg (Ryan Reynolds), to try to get the painting back. It should be an open-and-shut case, but there’s a problem: the painting, Portrait of Adele Bloch-Bauer I, is worth over $100 million, and has become adored by Austria. Maria and Randol have a fight on their hands to reclaim what is rightfully Maria’s. 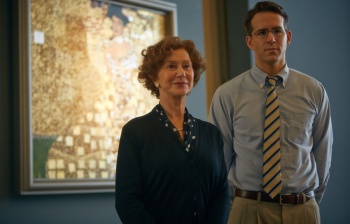 So, what we have here is a courtroom drama that spends very little time actually in the courtroom. We have maybe three scenes of this nature throughout the entire film, and most of them last for under five minutes in length. Most of Woman in Gold is spent wandering around Austria, sitting in random rooms to talk about how important the painting is, or flashing back to World War 2, when Maria was forced to leave Austria. The third of those feels the most like filler, as we get the idea in a few minutes even if the film wants to continue to go on for what seems like a quarter of its running time. The only people for whom these flashback scenes will be enlightening are those who skipped out on history class in elementary, middle, and high school. And they’re not the people who are going to watch Woman in Gold.

Woman in Gold is a boring movie that would have been released direct-to-TV if it didn’t star Helen Mirren and Ryan Reynolds.

The “wandering around Austria” portions are fun if only because Helen Mirren and Ryan Reynolds are fun and have a surprisingly decent chemistry together. Their bickering and one-liners are actually pretty funny, and it’s only when the film decides to completely ignore its plot and just let the two actors have at one another that it begins to come alive. That’s sad, since the story Woman in Gold is depicting is actually pretty interesting, but that’s how lazily it’s told and how boring it’s presented to us on-screen. Its ambitions fall slightly below your average made-for-TV movie, and it only winds up being elevated by its strong cast.

That cast is very strong, actually, so it becomes a crying shame that they wind up having to perform in this movie. Helen Mirren, an Oscar winner, gets to put on an Austrian accent and crack wise at Ryan Reynolds, and is lots of fun while doing so. Reynolds might not initially seem like the right actor to play a young lawyer, but he pulls it off pretty easily. Daniel Brühl plays a reporter in Austria who says he’ll help them out, but mostly just exists to deliver exposition. Katie Holmes is forgotten about as Reynolds’ character’s wife. Tatiana Maslany and Max Irons play characters in the flashback, Charles Dance, Elizabeth McGovern and Jonathan Pryce all show up in small roles – this is a strong cast of actors. It’s just too bad they are working in service of a boring, generic script – the first screenwriting credit to Alexi Kaye Campbell’s name – that’s presented to us without any ambition, flare, or means to generate interest.

Woman in Gold is a boring movie that would have been released direct-to-TV if it didn’t star Helen Mirren and Ryan Reynolds. It’s only in limited release anyway, and I wager it’s unlikely to expand to many more cinemas. It doesn’t deserve to, anyway. It takes an interesting true story and makes it boring, which is inexcusable.

Bottom Line: A film that will play just as well on the small screen – or worked better as a documentary – Woman in Gold is a boring retelling of a fascinating true story.

Recommendation: If you are still interested, wait until Woman in Gold hits home video or cable.