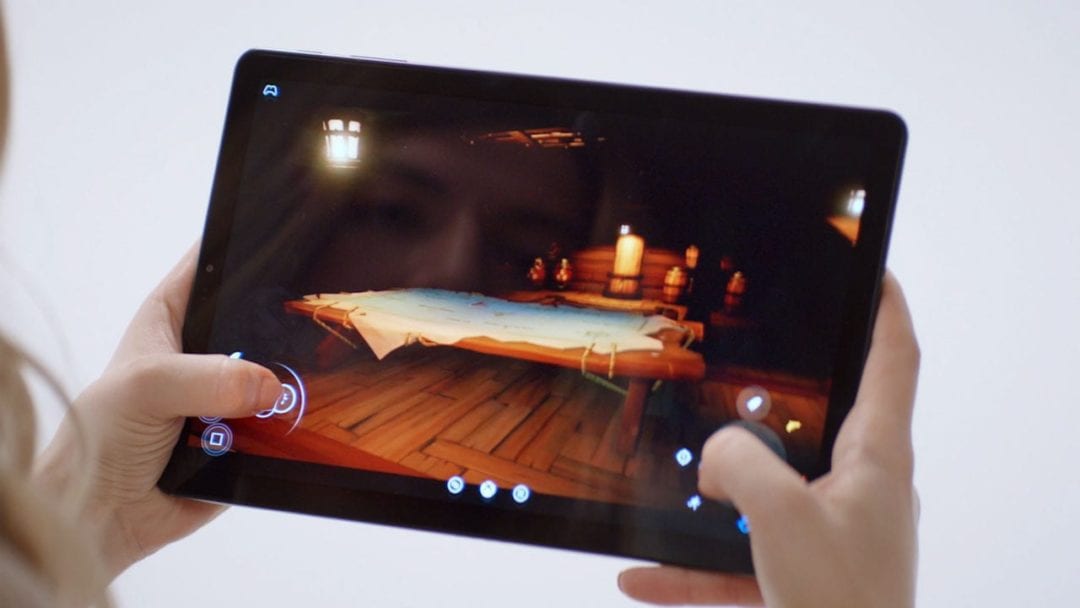 If the future of Xbox is a jigsaw puzzle slowly taking shape, Microsoft just laid down a big, beautiful corner piece. They’re developing Project xCloud, a streaming service that will let people play Xbox games on any device, whether it’s a console, PC, or mobile phone.

“Today, the games you play are very much dictated by the device you are using,” wrote Kareem Choudhry, Microsoft’s VP of cloud gaming, in an announcement on Microsoft’s blog. “Project xCloud’s state-of-the-art global game-streaming technology will offer you the freedom to play on the device you want without being locked to a particular device, empowering YOU, the gamers, to be at the center of your gaming experience.”

The technology powering xCloud is built to be compatible with existing software so xCloud users will have access to existing Xbox One games along with titles released after public tests of the service beginning next year. Players using touchscreens on mobile devices will be able to use a “game-specific touch input overlay that provides maximum response in a minimal footprint” in addition to Bluetooth-enabled Xbox controllers. All xCloud tech will be backed by Microsoft’s Azure cloud service, which currently serves 140 countries.

With the announcement of xCloud, the future of Xbox as a gaming ecosystem rather than a brand defined by a gaming console comes into clearer focus. Rumors from earlier this year suggest that Xbox One’s successor will actually come in two models — Xbox Scarlett is rumored to come as either a traditional, expensive console or a tech-light, low-cost model focused on streaming content.

Consider xCloud outside of the Xbox hardware business, though. Microsoft has been quietly redefining Xbox as an umbrella brand for a host of decentralized gaming services. At E3 2016, the company announced Xbox Play Anywhere, a new program where most major first-party Xbox One games would be simultaneously released on both the console and Windows going forward. Play Anywhere was followed in 2017 by Xbox Game Pass, a subscription service giving people access to a swath of Xbox One, Xbox 360, and original Xbox games that drew immediate comparisons to services like Netflix, though Game Pass titles need to be downloaded to a hard drive rather than streamed. xCloud, however, will bring Xbox much closer to Netflix’s industry-redefining business model than Game Pass did on its own.

xCloud will be the service that also slips Xbox free of its traditional hardware bonds.  In the years since Microsoft acquired Minecraft studio Mojang, it has kept the series available on every device while seeding the Xbox brand into software ecosystems that were otherwise closed. Minecraft players on Nintendo Switch login to Xbox Live accounts, received Xbox Live achievements during play, and can even use iconic Xbox characters like Master Chief. While Sony had to be browbeaten by the public for months to allow cross-platform play for Fortnite, Xbox has been proudly touting its embrace of cross-platform ecosystems for months.

As the current console generation begins to wind down — it has been five years since PlayStation 4 and Xbox One hit the market, after all — it’s fascinating to see the market leaders diversify beyond having exclusive titles. Nintendo, having dominated portable gaming for decades, finally embraced its greatest hardware strengths and focused on the Switch’s versatility as a portable-home hybrid. Sony has recaptured its title as king of living room gaming, drilling down on PlayStation’s role as a home fixture with PS4 and PSVR. Xbox, despite its sales dominance in the U.S. and its preferred status with developers during the Xbox 360 era, has struggled this whole century to find its identity. With xCloud staking Xbox’s claim to the largely uncharted realm of video game streaming, Xbox may have finally found its heart.