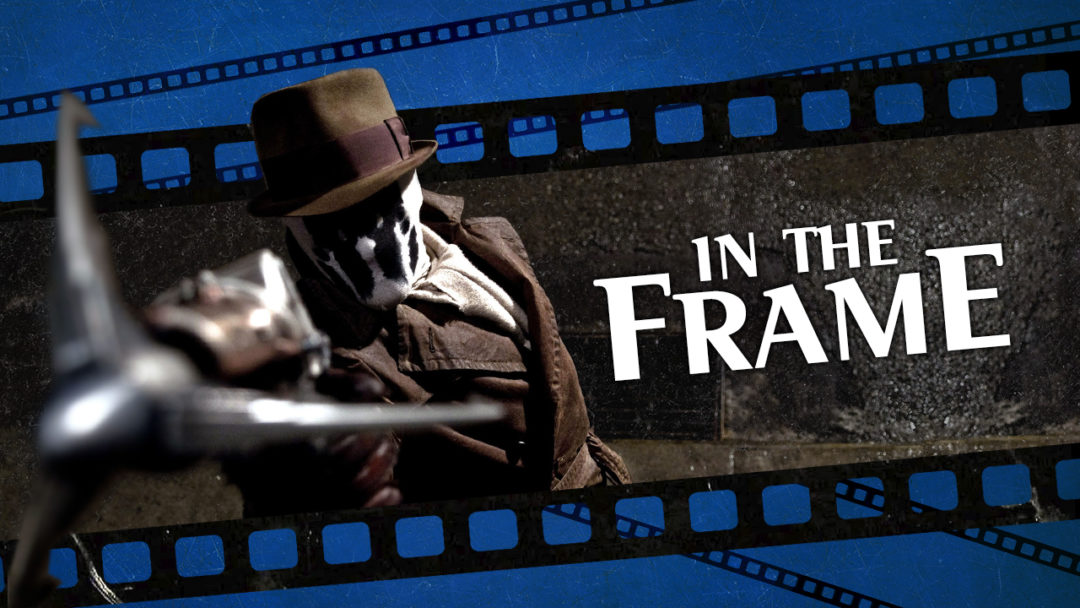 Watchmen was always going to be a challenge to adapt to another medium. Author Alan Moore conceded, “I tend to think it’s unfilmable, and it would only lose something.” Watchmen was designed to work as a comic book. It is impossible to separate the narrative from the iconic nine-panel grid since structural tricks like Fearful Symmetry would be impossible to replicate on screen.

And yet a cinematic adaptation of Watchmen was all but inevitable. It is rightly regarded as one of the most important and influential comic books ever published. Batman (1989 film) co-writer Sam Hamm and Terry Gilliam were in talks to adapt the film in the ‘90s, but the project didn’t really pick up steam; it was later that the success of movies like Bryan Singer’s X-Men and Sam Raimi’s Spider-Man made superhero properties particularly hot for major studios.

Zack Snyder said he was drawn to Watchmen because he didn’t want to see another director get it wrong. When Joel Silver argued that he was “a slave to the material,” Snyder responded, “I made it because I knew that the studio would have made the movie anyway and they would have made it crazy. So, finally I made it to save it from the Terry Gilliams of this world.”

Snyder’s version of Watchmen is the work of a devoted fan who treats the text with genuine reverence. Snyder has spoken at length about what Watchmen meant to him, and his love is clear in the film, even if the result is uneven. At times, Snyder seems to have used the comic book as a storyboard. The production design is incredibly faithful to Dave Gibbons’ artwork, down to the costuming and set details. 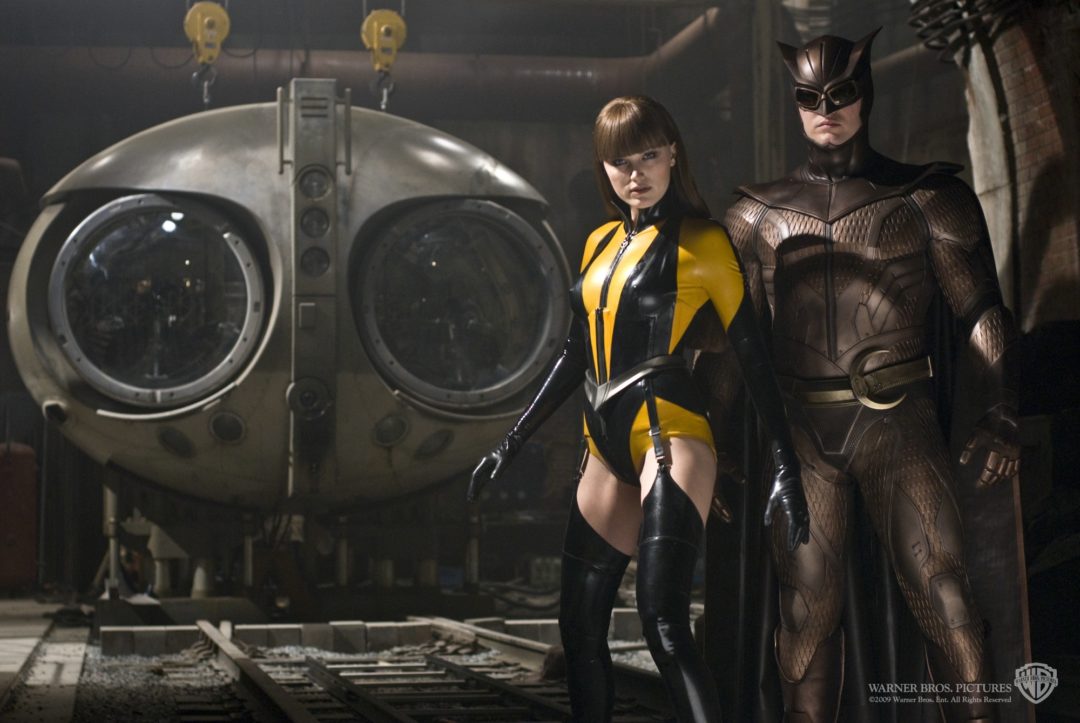 Entire passages of text are ported into dialogue, no matter how ridiculous they might sound. Some of the film’s goofiest moments like Rorschach’s gritty monologues were directly from the comic. This is a film for the kind of people who bristle at adaptational changes made in films like Shane Black’s Iron Man 3 or Tim Burton’s Batman. It works best in those moments where it can literally translate from page to screen like the sequence that jumps back and forth through the life of Doctor Manhattan.

However, Snyder’s fixation on direct translation kept him from applying any deeper insight to the text. Adapting a 12-issue comic for the big screen would always require streamlining, but Snyder shows a very skewed idea of what is actually important to the original story. He and screenwriters David Hayter and Alex Tse are so fixated on details that they miss the big picture.

Watchmen’s heroes are shot in glorious slow motion, the camera luxuriating in their physicality. Even in sequences lifted directly from the comic, like the introductory fight involving the Comedian, Snyder portrays the characters as larger-than-life figures. By doing so, he ignores one of the comic’s central themes.

Watchmen was a story about humanity. Moore and Dave Gibbons’ characters were not superhuman demigods, but broken people. Their fights were not epic or breathtaking, but exhausting and vicious. This is even true for Doctor Manhattan, the one character who has actual superpowers. Doctor Manhattan repeatedly stresses his own impotence and is reluctant to engage in the affairs of the people around him. He can see the future but his free will has been erased. Manhattan casts himself as “a puppet who can see the strings.” 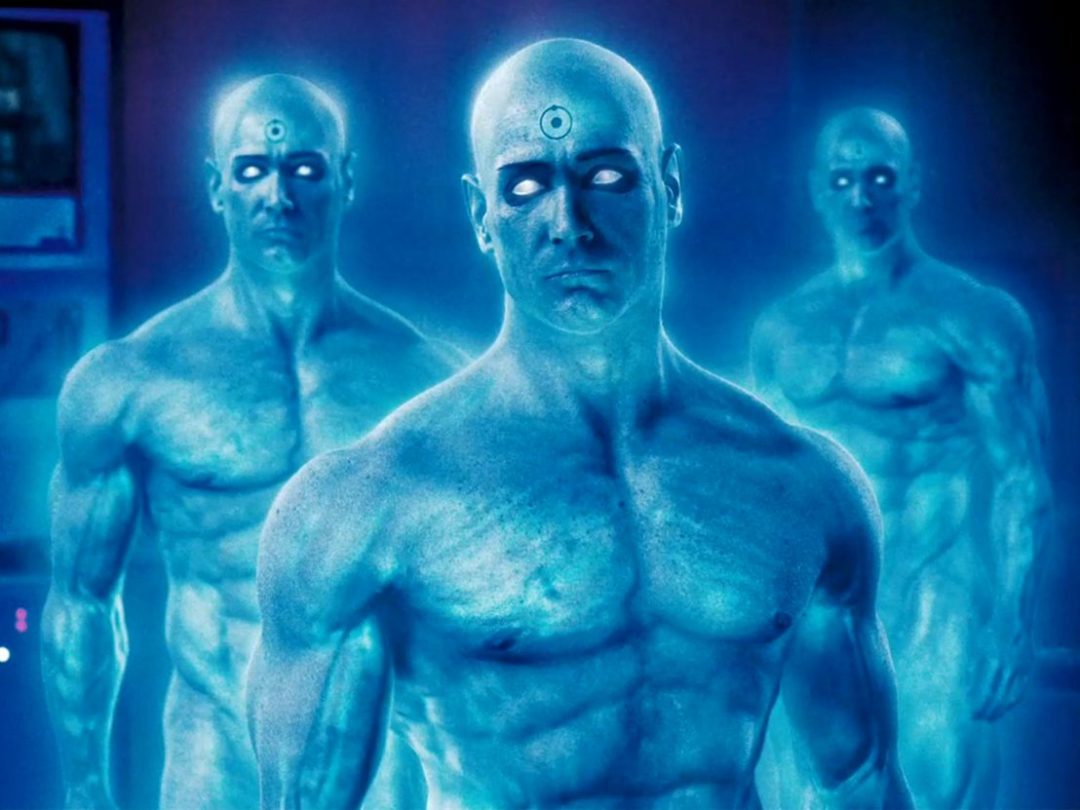 The comic traces that impotence and indecisiveness back to Manhattan’s origin story. Jon Osterman’s father pushed him to become a nuclear physicist, and his girlfriend had to make the first move in their relationship. The comic asks whether Doctor Manhattan is really as above it all as he claims since the plot requires driving him into exile through very human emotional responses.

The film strips out anything that hints at this reading, even during its extended flashbacks. Jon is squeezed out of the narrative to make room for Doctor Manhattan. Rorschach’s backstory is also simplified to focus on an act of graphic violence that is treated as a breaking point. The recurring cast of normal people Moore and Gibbons use to provide a sense of scale and the human cost of Ozymandias’ plot are also largely absent from both the theatrical and even director’s cut of the films.

There is something awe-inspiring in Snyder’s cinematic adaptation of Watchmen. It took a sheer act of will to create a film that adhered so closely to the text of the iconic comic book. But the film is also a reminder that the value of an adaptation lies in more than just superficial fidelity. Film is a different medium than comic books, and the art of adaptation is more than mere translation.

Ultimately, the cinematic adaptation of Watchmen makes a strong argument for Damon Lindelof’s self-described “remix” of the comic book as a series for HBO. Lindelof’s Watchmen remains true to the spirit of the source material without being hopelessly devoted to it. It understands Watchmen is a story about America, and that this means something different in 2019 than it did in 1986. It also understands the human element of Moore and Gibbons’ approach, which often got drowned out in the cinematic adaptation. Fans might be upset at the perceived liberties Lindelof has taken, but Snyder’s earlier adaptation proves that the classic deserves more that a focus on its superficial trappings.