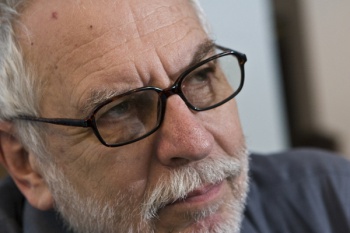 Nolan Bushnell believes cloud computing can fix the “nightmare” that is modern education.

In what might be confused as a doomsday prophecy, game industry legend Nolan Bushnell described some glaring faults of contemporary American education, including broken computers and maladjusted teachers. The fix, he recommends? A unique, game-based education program delivered via cloud computing technology, similar to what’s being used on the modern videogame landscape.

“I’ve been working on an education project for about 10 years now,” Bushnell announced at Cloud Gaming Conference USA, “and it turns out that educating children and computers go together.”

This project, known as Speed to Learn, incentivizes learning by providing students with interesting payoffs. Good work could earn one a nap or time with a laser cutter, for example. At an education summit in New York, Bushnell described the program as arcade-style videogames combined with aerobic activity for the purpose of education.

“The whole idea,” Bushnell said, “is to give rewards that real kids want to have, and to have school be as chaotic as possible.”

Speed to Learn, Bushnell suggested, could ideally be accessed through a cloud network. Current computer situations, however, may not be suited for the task.

“If you go into a class of fifth graders – say there’s 30 of them – and they all have computers, I guarantee you that 10-15 percent of these computers do not work. They’re virus infected nightmares.”

Bushnell added that young students will inevitably – in their curious nature – tinker with and inadvertently damage classroom computers. Cloud technology, he insists, will disconnect the system’s administration from the physical machines, allowing an off-site location to handle any technical issues.

“We’ve been in hundreds of classrooms with 40,000 kids. We are currently teaching subjects 10 times faster. We believe that when we roll this up to full curriculum we’ll be able to teach a full career of high school in less than a year. And we think we’ll be able to do that by the end of next year.”

Painting in broad strokes, the industry veteran pointed out issues with public vs. private school educations, and the role wealth plays in society.

“Our public school is a disaster,” he said. “It’s creating an underclass that will erode the foundation of our society. The kids who happen to have won the lottery and been born to rich parents can survive. The parents make sure the kids are either in private school or something. The kids who have lost the lottery are being put into schools with dysfunctional teachers.”

Right or not, Bushnell’s solution could potentially put 15 and 16-year-olds in a college situation usually encountered by adults. It could also get more people into jobs sooner.

Do you think hitting the fast-forward button on education is a smart move?