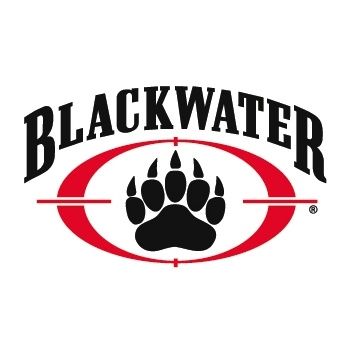 A new Kinect “first person experience” based on the real-life mercenary company formerly known as Blackwater is being readied for launch later this year.

Coming from 505 Games, Pantierra and Zombie Studios, Blackwater will bring “an unprecedented level of immersion to the FPS genre,” to the point that it’s not really an FPS at all, but an FPX – that’s right, a “First-Person eXperience.” [And you thought I was just making that up.]

“This game and its immersive Kinect-based approach will give players the chance to experience what it is like to be on a Blackwater team on a mission without being dropped into a real combat situation,” said Blackwater (now Xe Services) founder Erik Prince.

“The Blackwater team is comprised of an amazing group of individuals and we’re proud to work with them to create a videogame that showcases their talent and courage,” added 505 Games President Ian Howe. “Being able to get the controller out of player’s hands with Kinect and have them on the ground and immersed in the experience will give them a glimpse of what it takes to be a member of an elite fighting force.”

The new game will not be based on Blackwater’s exploits in Iraq but will instead be set in a fictional town in North Africa, where players will lead a team of “Blackwater Operators” against warlords and militia forces. The game can be played with a standard controller but the big hook is Kinect support, which will let players move, aim and fire with totally realistic and accurate movements and gestures. Blackwater will also feature a wide range of officially-licensed weapons with which to arm yourself.

Founded in 1997, Blackwater first entered the public eye in 2004 when four of its contractors were murdered and hung from a bridge, an event which helped bring about the First Battle of Fallujah. The company also fell afoul of the Iraqi government, which revoked its license to operate in the country in 2007 following the killing of 17 civilians by Blackwater personnel, although it was reinstated by the U.S. government the following year. The U.S. also extended immunity from criminal prosecution to Blackwater employees in 2007 after Iraqi authorities indicated their intention to file criminal charges against Blackwater guards involved in another shooting. The company changed its name to Xe Services LLC in 2009.

I bring these points up not because I want to launch into an anti-Iraq War tirade but because it will be interesting to see how the non-gaming public reacts to Blackwater as it approaches release. Atomic’s Six Days in Fallujah was effectively killed by public outrage because it hit too close to home and while Blackwater the game is fictional, Blackwater the infamous private military company is most definitely not. Six Days was intended to be a sort of “documentary videogame” that would offer a serious, nuanced look at the Second Battle of Fallujah; Blackwater bills itself as “an intense, cinematic shooter experience unlike anything you’ve ever played before.” Which is worse?

The Xbox 360-exclusive Blackwater is slated for release in autumn 2011.