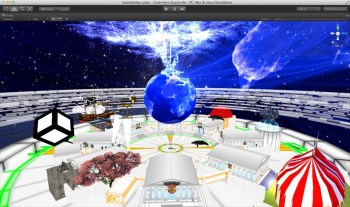 Code Hero Kickstarter founder Alex Peake admits that the project is out of money but insists that the team is going to finish the game.

Troubled rumblings about the Code Hero Kickstarter bubbled to the surface late last year amidst complaints that its founder, Alex Peake, had fallen off the face of the Earth after admitting that the money raised, despite being nearly double the goal, wasn’t enough to get the game done. One of Peake’s most vocal critics, Dustin Deckard, hinted at the possibility of a class action suit, although he insisted at the time that it was merely “an early attempt at organizing backers of Code Hero into a group where we can better communicate.”

Despite the complaints, Peake did not update the Kickstarter page until this past weekend, when he posted a lengthy and detailed message apologizing for the lack of updates and admitting that the money is gone, saying that the development of Code Hero “was highly complex and everything took longer than we expected.”

Even so, he said that a team of volunteers is still at work on the project and that the game, and the rewards promised to backers, will be delivered. “We don’t have a date we can promise yet because it is contingent on making more progress and raising more funds, but we’re committed to delivering the game and the rewards and refunds to anybody who doesn’t want to wait to see those completed,” he wrote.

Addressing complaints that some of the Kickstarter money was spent on traveling to conferences rather than on actually making the game, Peake said that Kickstarter funds did cover the cost of exhibiting at PAX but claimed it was money well spent. “We worked hard preparing playable demos for both PAXes that got the game’s core into playable states that random gamers could try and give us feedback on,” he wrote. “Some people may argue that PAX is a waste of development funds for a Kickstarter project, but our team worked throughout the show and the feedback and advice we got from other developers and players during the show improved the game more than any other time in development.”

A second alpha version of Code Hero is now available, although the download site warns that it is “not stable or polished yet,” nor fully playable, and that some features will be broken. Peake said that the “project roadmap” has development broken down into three major steps, which he hopes will be implemented by the end of the year.

“This is an extremely difficult experience for any developer to go through, especially for it to happen to a project we care this much about, and we hope you’ll bear with us as we continue to try to address people’s questions and get on with building the game and showing what’s in the works,” he wrote. “We know this has been stressful for backers, and we’re going to push through and get the game finished with or without additional funding.”