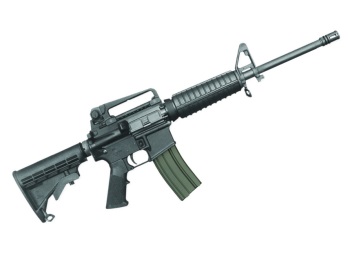 A “veteran law enforcement officer” says last year’s mass murder at the Sandy Hook Elementary School was “the work of a videogamer.”

On December 14, 2012, 20 children and six staff members were murdered at the Sandy Hook Elementary School in Newtown, Connecticut, by a deranged, heavily-armed shooter who had earlier murdered his mother and ultimately shot and killed himself as well. And while the shooter, 20-year-old Adam Lanza, is known to have suffered from mental illness, one anonymous police official is now pointing the finger of blame squarely at videogames, saying a large spreadsheet containing detailed information about past mass murders that was found at the perpetrator’s home is actually a “score sheet.”

“This was the work of a videogamer, and that it was his intent to put his own name at the very top of that list. They believe that he picked an elementary school because he felt it was a point of least resistance, where he could rack up the greatest number of kills. That’s what [the Connecticut police] believe,” the “veteran cop” told the NY Daily News after attending an address given by Connecticut State Police Colonel Danny Stebbins, who spoke about the shooting.

“They believe that (Lanza) believed that it was the way to pick up the easiest points. It’s why he didn’t want to be killed by law enforcement,” he continued. “In the code of a gamer, even a deranged gamer like this little bastard, if somebody else kills you, they get your points. They believe that’s why he killed himself.”

The officer said Lanza learned some of the techniques he used in his attack from videogames, including the “tactical reload” – reloading before your current clip empties – and switching to a handgun when the strap broke on his AR-15 rifle. “Classic police training,” he said. “Or something you learn playing kill games.”

An anonymous, second-hand account printed in tabloid may have a certain dubiousness to it, but the Daily News is the fourth-most-read newspaper in the U.S., and what people read, they tend to believe, especially when it comes from authority figures – even if it’s just anonymous cops. And videogames are an easy target, which is what makes even wildly nonsensical claims about things like a “gamer code” so troublesome.