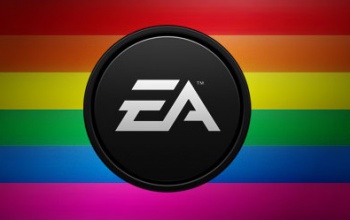 No other game companies signed a brief calling for DOMA’s repeal.

Folks on gaming forums see Electronic Arts, Microsoft, and Zynga as punching bags just as often as purveyors of entertainment, but you’ve got to give credit where credit is due. 278 companies recently signed an amicus curiae urging the United States government to repeal 1996’s Defense of Marriage Act. Singling out EA, Microsoft, and Zynga may not make much sense initially, but as it turns out, these were the only three gaming companies that signed the brief. If the brief achieves its desired effect, crossing state lines will become much easier for married same-sex couples in the United States.

The amicus cites both moral and practical reasons for opposing the Act. “[The Defense of Marriage Act] puts us, as employers, to unnecessary cost and administrative complexity,” the brief reads, “and regardless of our business or professional judgment forces us to treat one class of our lawfully married employees differently than another, when our success depends upon the welfare and morale of all employees.” Apart from the three aforementioned companies, heavy hitters like Morgan Stanley, Facebook, Twitter, Starbucks, and Walt Disney threw their weight against DOMA.

Signed into law by former president Bill Clinton, the Defense of Marriage Act defines marriage at a federal level as a union of one man and one woman. While this in no way compromises the rights of individual states to marry same-sex couples, it can make traveling across state lines extremely difficult. A same-sex couple that gets married in one state and moves to another state that does not recognize such a marriage could lose all of the legal benefits of marriage, including tax breaks, Social Security benefits, and power of attorney.

While the amicus cites chiefly business concerns, EA, Microsoft, and Zynga have still made a firm gesture in support of equal rights for same-sex couples, and by extension, the larger LGBT community. If this doesn’t work out, hopefully more gaming companies will join in on the next amicus curiae.

Astronomers Spot Black Hole Spinning Near the Speed of Light

Far Cry 3‘s Citra Is Straight From the Freakshow