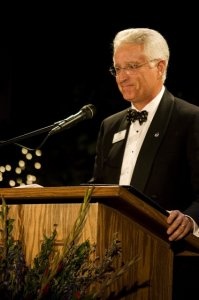 Disbarred ex-attorney Jack Thompson isn’t ready to walk away from the fading memory of his license to practice law just yet, and has therefore appealed his disbarment all the way to the Supreme Court of the United States.

Thompson, who as you should all know by now was disbarred by the Florida Supreme Court in September 2008, filed an appeal for a “writ of certiorari,” according to GamePolitics, also known as a “cert,” which is basically an appeal to plead the case before the Supreme Court. The Court Justices vote privately on the writs; any that receive at least four votes proceed to the briefing stage, while all others die on the spot.

The odds of Thompson’s appeal being heard are very close to zero; the Supreme Court receives several thousand certs each year, from which a pool of roughly a hundred is selected based on the recommendations of each Justice’s clerk. For Thompson, however, the appeal may be less about getting his license back and more about his one last chance to rail against his traditional enemies and the conspiracies he sees gathering against him.

“This disbarment results not from any unethical conduct by petitioner, as such misconduct was never proven for the simple reason that it did not occur,” Thompson wrote in his cert. “Rather, the bar complaints were SLAPP actions (strategic litigation against public participation) by the lawyers for the pornographic Howard Stern Show and lawyers for Take-Two Interactive Software, Inc., the makers of the pornographic and hyper-violent Grand Theft Auto videogames.”

“The Florida Bar allowed itself to be ensnared in this ‘shoot the messenger’ assault upon petitioner because of a long-standing regulatory vendetta it ha pursued against petitioner since 1987, which had resulted in the payment of damages by the Florida Bar to petitioner previously,” he continued. “This latest installment of The Florida Bar’s collaboration with the American entertainment industry resulted in petitioner’s disbarment because The Florida Bar prohibited petitioner from introducing any evidence and offering any witnesses at his nine-day bar show trial.”

There appears to be nothing new in Thompson’s appeal; it’s pretty much just a strident rehash of claims he’s made previously. But it’s also very likely Thompson’s last bullet and his final opportunity to sing before anyone who isn’t already a member of the choir. A decision on his petition is expected by March 25; you can get your very own copy here. (PDF format)