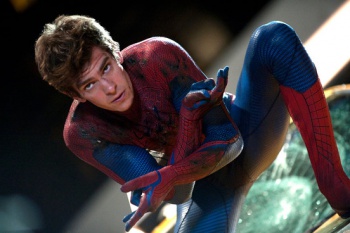 Robert Orci, who helped write the first two entries in The Amazing Spider-Man movies is no longer “involved” with the franchise, and says he’s unaware what Sony has planned for the movie series.

I don’t know what their plans are for that franchise…I don’t ever want to say never, but we have to figure out what their scheduling is in terms of when they want each movie. I’ve read probably as much as anyone else. There’s a love for the Sinister Six, the idea of Venom — there’s an idea of Spider-Man’s going to be one of these characters that’s part of our business. He’s such a popular character. Spider-Man’s not going to go away any time soon. When it all happens and how and all that has yet to be determined.

For now, Orci is focusing on Star Trek 3, which he’s expected to direct, while Kurtzman is set to direct the Venom spin-off film for Sony, while still actively attached to The Amazing Spider-Man movie franchise. It’s currently unknown what the actual timeline is for Sony’s Spider-Man universe films, with both Venom and the Sinister Six set to have their own full-fledged movies.

Anyone concerned by this bit of news or is it for the better? Whom do you think would be a good replacement for Orci to help shape Sony’s Spider-Man movie universe?