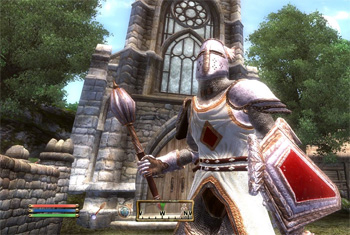 Bethesda and its parent company are looking for a few good folks with RPG and MMO experience. Let the rumor mill start working overtime.

The possibility of an Elder Scrolls MMO has been floating around the Web for a while, but a new rumor that’s recently sprung up seems to have a bit of grounding in reality. A new job posting with Bethesda parent company ZeniMax Media has revealed that it’s looking for some new employees with experience in the field of online games.

Aside from Bethesda looking for a Quest Designer, ZeniMax is on the prowl for a Lead Content Designer who meets the following qualifications:

Manage a team of designers responsible for design of encounters and scenarios around particular sections of the world.

Work with story writers to integrate missions into larger scenarios and storylines.

Oversee the balance and tuning of scenarios and rewards.

Lead the team in development and implementation of behaviours for monsters and bosses.

While that might be a bit vague, there’s also the demand that applicants should have “Professional experience in developing content for MMOs.” Not only that, but there’s also the statement that “ZeniMax Online Studios, a division of ZeniMax Media, is a premier developer and worldwide publisher of online games currently working on an unannounced Massively Multiplayer Online Game (MMOG) title from its headquarters in Hunt Valley, Maryland.”

At the moment, this is all guesswork and theory, but it doesn’t seem like an unreasonable leap of logic. Seeing as how Fallout 4 is already in development (with an expected 2012 release date), it wouldn’t be surprising to learn that the companies are beefing up staff for a new Elder Scrolls title; if such a project is in the works, then it sounds like the game could possibly be an MMO, which could be mighty interesting for fans of the series.