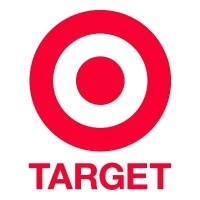 Major U.S. retailer Target is reported to have removed copies of Rockstar’s controversial Manhunt 2 from the shelves in response to the ongoing negative publicity swirling around the game.

According to a report at Evil Avatar, two “contacts” at Target stores have confirmed the circulation of an internal memo calling for the game to be pulled from store shelves. The stores are no longer allowed to sell the game, and managers have been told to refuse to accept shipments of the game if any arrive. Take Two, the game’s publisher, has apparently agreed to take back unopened copies of the game.

The move comes not as a result of the game’s violence, the sources say, but because of the continuing uproar over the game’s extremely violent content. Initially rated as AO (Adults Only), a modified version of the game was eventually given an M (Mature) rating, which cleared it for sale in North America but also raised the ire of many conservative media and religious groups. A recent hack of the game, which in conjunction with a modified PSP could result in the restoration of some of the removed violent content, has only fed the furor.

Despite no longer offering the game in stores, Manhunt 2 is still available for order at Target.com. Immediately following the withdrawal of the game, the company’s website was modified to state that the game “is not available in stores.”