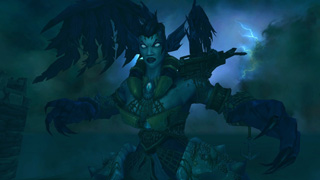 The latest World of Warcraft expansion sold like gangbusters on its first day, matching the day one totals of previous expansions.

World of Warcraft‘s playerbase has declined over the past few years. Although it was at a record high of over 12 million at the launch of 2010’s Cataclysm expansion, by the time the Warlords of Draenor expansion was in full swing, the numbers were down, falling to 5.6 million subscribers in August 2015. Consequently, few were surpised when Blizzard announced at Blizzcon 2015 that it would no longer be sharing its subscriber numbers.

But if you thought those numbers were bad news for the newly-launched Legion expansion, think again. Blizzard announced to day that the latest expansion sold through 3.3 million copies on launch day, matching the day-one sales of previous expansions. WoW also had its highest launch-day concurrent player counts since the launch of Cataclysmin 2010.

Mike Morhaime, CEO and co-founder of Blizzard Entertainment, said of the news, “It’s been a thrill to see players hunting demons, powering up Artifacts, and freely exploring all the new zones in Legion. We worked hard to make this the best World of Warcraft expansion yet, and we look forward to providing players with even more content as Legion’s epic story unfolds in the months ahead.”

Although the launch of Legion was barely a week ago, Blizzard isn’t resting on it laurels. They’ve already shown off the game’s next patch, which will bring back the popular Karazhan raid dungeon, as well as releasing a companion mobile app for players to manage their order halls. Meanwhile, one player managed to hit 110 in just five-and-a-half hours, while a large group of players uncovered a hidden world boss.

At least for now, it’s safe to say that World of Warcraft is surging again. The question will be how long Blizzard can maintain the momentum.

Wii U and Vita Versions of Hyper Light Drifter Canceled