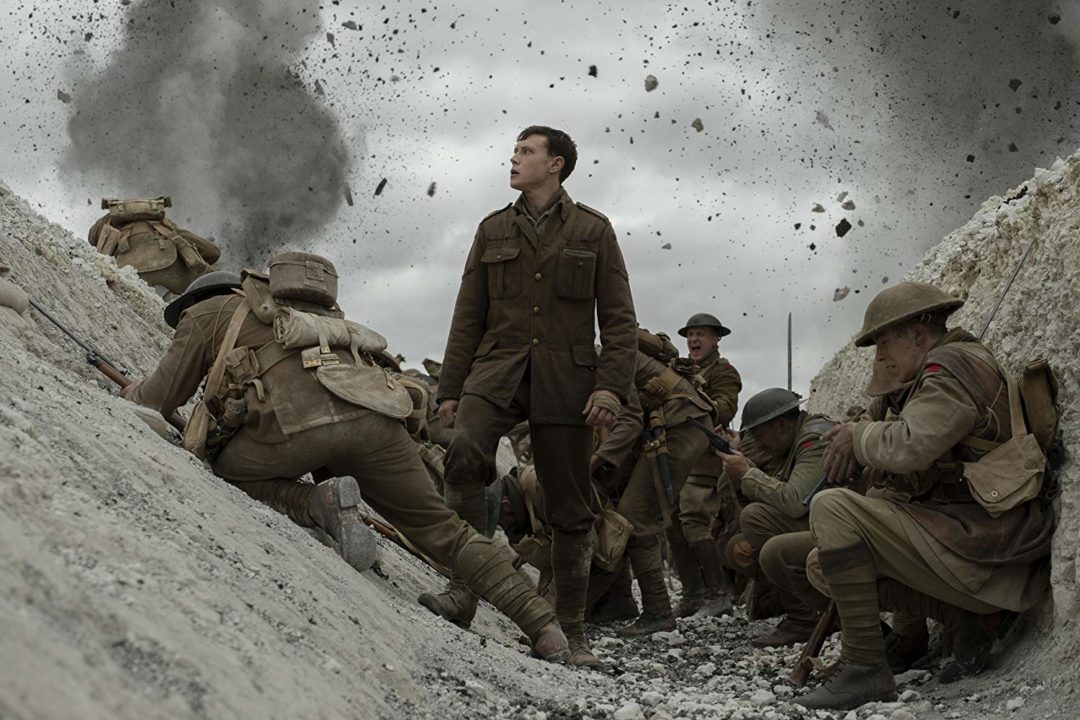 1917, Sam Mendes’ World War I epic, has landed its first full trailer, and it is full of the striking visuals and clever camera work that the director has become known for.

The film features George MacKay and Dean-Charles Chapman as two young soldiers tasked with delivering an important message that could save 1,600 soldiers. Taking place over a single day as the two struggle to survive and accomplish their mission, the movie looks to be a tense and realistic war film with a gimmick somewhat reminiscent of Dunkirk in that it occurs during a tight window of time. Sam Mendes wrote the screenplay with Krysty Wilson-Cairns, who is best known for her work on Penny Dreadful. The move also features some bigger names in the cast, including Benedict Cumberbatch, Mark Strong, Richard Madden, Colin Firth, and Andrew Scott (Sherlock).

Here is the official plot synopsis:

At the height of the First World War, two young British soldiers, Schofield (Captain Fantastic’s George MacKay) and Blake (Game of Thrones’ Dean-Charles Chapman) are given a seemingly impossible mission. In a race against time, they must cross enemy territory and deliver a message that will stop a deadly attack on hundreds of soldiers—Blake’s own brother among them.

Clearly, as we can see from the trailer, the stars are not the selling point. It’s the visuals that are the standout here. That should be expected as Mendes is re-partnering with cinematographer Roger Deakins after their award-winning work on Skyfall. Anyone who has seen Deakins’ work knows that he is one of the best in the business, and he and Mendes seem to produce films that are both visually and thematically engaging.

Universal obviously thinks they have something special here as they’re giving the movie a limited Christmas Day release so it can contend for awards, followed by a wide opening afterward on Jan. 10, 2020.