Science tells us that it is impossible for an object to travel at light speed, let alone faster than that. But so many of our favorite science-fiction movies, games, and TV shows rely on faster-than-light travel to craft their interplanetary adventures.

Let’s take a look at five means of FTL found in sci-fi that don’t break the rules of relativity and examine how plausible they are based on the science behind them.

Popularized by Star Wars and used extensively in fiction, a hyperdrive enables a spaceship to travel at FTL speeds by entering another dimension known as “hyperspace.” The spaceship isn’t actually traveling faster than the speed of light, but rather is making use of hyperspace as a shortcut, and the hyperdrive is the mechanism that shunts the spaceship into and out of this parallel dimension.

Physicist Bukrhard Heim proposed a theory in 1977 that FTL travel may be possible by using magnetic fields to enter higher-dimensional space. The theory uses a mathematical model that calls upon six or more dimensions in an attempt to resolve incompatibilities between quantum mechanics and general relativity, but Heim’s ideas have not been accepted in mainstream science. Still, the fact that a theoretical physicist devoted a large portion of his life in pursuit of a theory that could lead to a means of space travel lends the concept of hyperspace a little more credibility than if it were simply the fancy of a sci-fi writer. 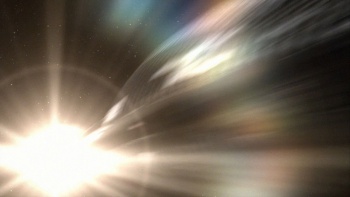 Seen in such works as Battlestar Galactica, a jump drive allows for instantaneous teleportation between two points. Similar to a hyperdrive, coordinates must be calculated to ensure a safe jump; the longer the desired travel distance, the more complex the calculation. In theory, there is no limit to how far a jump can take a ship, but an incorrect calculation may result in a catastrophic collision with a planet or space debris.

The Dune universe’s FTL, based on the fictional “Holtzman effect,” can also be considered a jump drive.

Master of hard sci-fi Isaac Asimov was the first to suggest the idea of a jump drive in the Foundation series, which lends some credibility to the idea. However, most fiction doesn’t clearly explain the principles of physics that allow for this teleportation, making it impossible to claim a jump drive as plausible. However, if it functions by opening a wormhole… 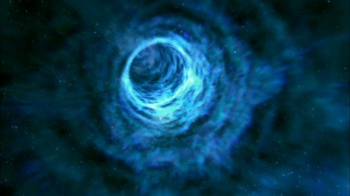 A wormhole, as seen in the Stargate franchise, allows for near-instantaneous travel across vast distances. Wormholes may be naturally-occurring or man-made, but are almost always temporary and serve as tunnels through spacetime.

Imagine our universe as a piece of paper, and an ant walking on that piece of paper as a spaceship. If the ant wants to walk from one end of that piece of paper to the other, the fastest way to do so would be to travel in a straight line. But paper, like space, bends. If you bend the paper into a U shape, the ant’s journey goes largely undisturbed – it still has to traverse the same distance along that line. However, in 3D space, the two ends of the paper are very close to each other now. Cut off a piece of a drinking straw and let the ant use it as a bridge or tunnel between the two ends of the paper, and the journey is suddenly much shorter. 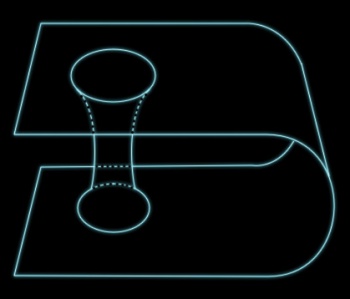 While we have never directly observed any evidence for one, wormholes are theoretically possible. Albert Einstein and his colleague Nathan Rosen first discovered wormholes in 1935 as solutions to equations within Einstein’s general theory of relativity – the math says they can exist.

Since then, other scientists, including Stephen Hawking, have argued that it may be possible to traverse a wormhole, under the right circumstances. The debate surrounding wormholes isn’t about their plausibility, but rather how they may be created and sustained. 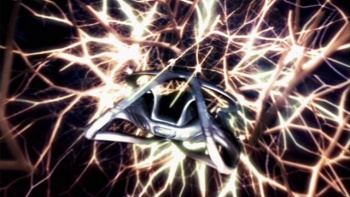 The concept of slipstream can be found in such works as Star Trek, Doctor Who, and the Halo video game franchise, but there is no widely-agreed upon definition of what slipstream is or how it works beyond it being a means of FTL. We’ll consider the slipstream seen in Gene Roddenberry’s Andromeda, where it is “not the best way to travel faster than light, it’s just the only way,” as per the show’s protagonist.

Slipstream is a form of interdimensional highway in which ships ride a series of slipstream “strings” – the unseen connections between all objects in the universe. These strings are in constant flux and form a tangled mess of intersections and divergent paths. Any time a pilot reaches a fork in the road, he has to guess which is the correct path to take to continue along toward his desired destination. Before the pilot makes that decision, both paths are simultaneously the correct and incorrect route, and it is the act of choosing a path that forces one to be correct and the other to be incorrect – if this made you think of Shrödinger’s cat, that does seem to be the basis for this concept. A computer selects the “correct” path 50% of the time, but due to intuition, a human picks the correct path 99.9% of the time.

There are no mainstream scientific theories that support this idea of slipstream. Reading the “lore” of this means of FTL evokes fantastical interpretations of string theory, quantum entanglement, and other concepts in modern physics, but the ideas are supported only through their internal consistency rather than actual fact, much like a well-explained magic system that allows fictional wizards to cast spells.

Popularized by Star Trek, a warp drive distorts space around a ship while leaving the ship itself inside a “bubble” of normal space. The space in front of the ship is contracted, while the space behind it is expanded, and the ship “rides” the distortion wave at FTL speeds. Technically, it is not the ship that is moving, but rather space itself, which is how we avoid breaking any laws of physics.

Imagine a surfer slowly paddling back to shore. When a wave comes, it will lower the water level in front of him and raise the water level behind him, and he can ride the downward slope all the way to shore. Relative to the wave, the surfer isn’t moving – he’s staying between the crest and the trough, and it is instead the wave that is moving. 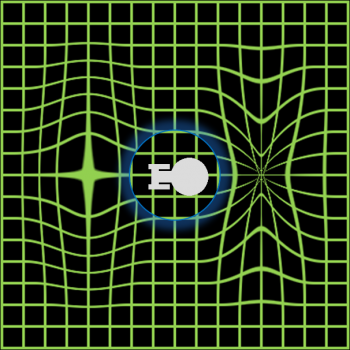 NASA has been actively researching this technology since 2012, and the lead researcher even worked with a 3D artist to develop a model of what a warp-capable ship might look like. As far as real-life FTL goes, warp is the current front-runner to becoming reality.

As far as real-life FTL travel goes, the fictional favorites can be found in Star Trek and Stargate: the warp drive, and wormholes. Both are theoretically possible; however, both require further scientific breakthroughs before practical testing can begin. In either case, we need to discover “exotic matter” – hypothetical particles with negative mass – to get these mechanisms to work. “Element zero” from the Mass Effect series, the rare material that is essential to FTL travel in that universe, doesn’t quite fit the description, but the lore is at least scientifically sound in suggesting that some new, rare form of matter is required to make this technological leap.

The good news is that scientists don’t believe this is a matter of if, but rather when. There will be a time in the future when a stately, bald man in uniform will sit back in a command chair and relay the order, “Engage.”