We’re only a day away from the release of Evolve, the new co-op shooter from Turtle Rock Studios (check out our review here!). If monster hunting isn’t your thing, or you’re just trying to kill some time with your buddies until Evolve is playable, we’ve got you covered. These eight games are fun to play alone, but they really come into their own when you grab a friend or two and play together.

Got a personal favorite you don’t see here? Tell us in the comments! 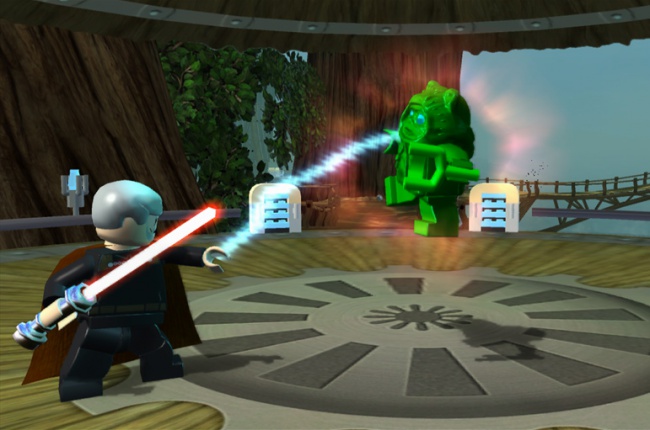 All of the LEGO games are great co-op titles, but something about LEGO Star Wars sticks with me more than others. Plus, it’s Star Wars. You can play as just about any character from the series you want. Despite the lack of dialogue in the cutscenes, they seem to capture everything about the films, with a bit of a comedic twist added in. It does lack the dynamic split-screen that came to later LEGO titles, but LEGO Star Wars: The Complete Saga is still a great way to spend some gaming time with a friend. 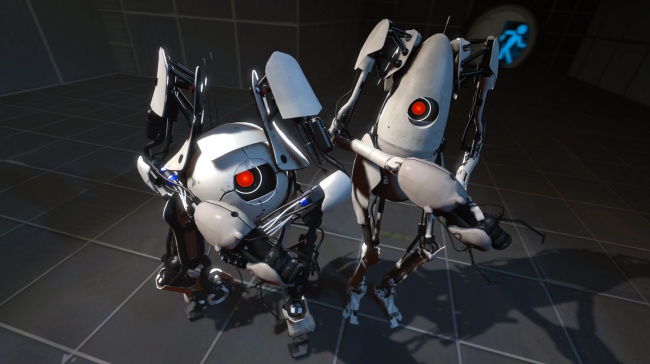 Grab a friend, pick a robot (Atlas or P-Body), and start testing. Co-op in Portal brings a ton of new angles to the familiar puzzle game. Each player has their own portal gun, with their own portal colors. Teaming up to solve complex puzzles is very rewarding, and there are plenty of co-op missions both in the campaign and the Steam workshop. Add in the joy that comes from dropping your buddy to his death, and you can’t go wrong with Portal 2. It’s like a team building retreat! 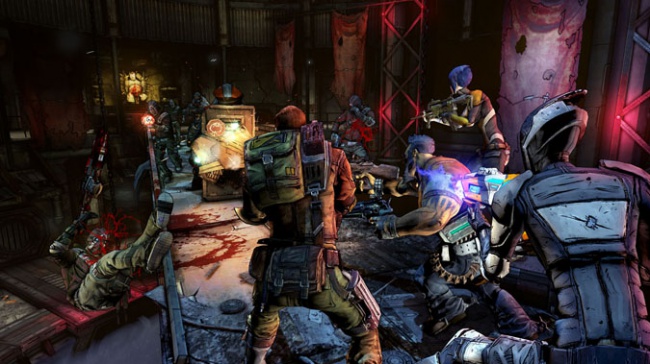 Head back to Pandora the way Gearbox intended you to – with three friends who want to get a bunch of guns and blow stuff up as much you do. Borderlands 2 doesn’t require you to play in co-op, but it is the best way experience the game.Just be prepared. When your friends hop into the game, the difficulty of all the enemies gets ramped up, so a fight that wasn’t too bad by yourself can turn into a major headache with a group. For extra enjoyment, go through the Tiny Tina’s Assault on Dragon’s Keep DLC and pretend you’re all sitting around rolling dice. 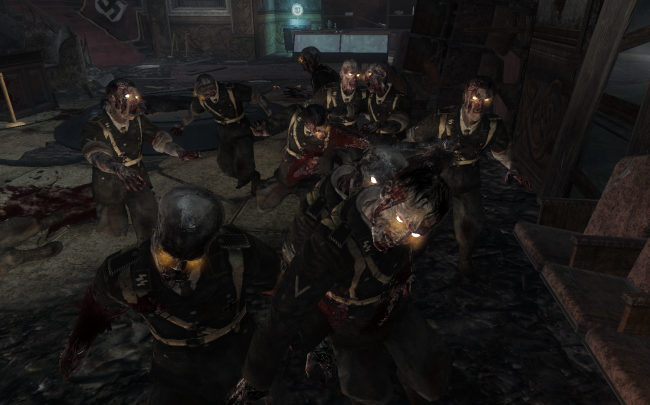 Call of Duty: Black Ops may be the best version of Nazi Zombies mode. It added varied maps to the mix, and dropped in random items to keep things fresh. Later versions have more additional stuff, but it almost gets too complicated. Black Ops keeps it simple, stupid. You and up to three friends are trying to hold out as long as you can against hordes of undead Nazis. You’re going to go down eventually, but you can choose how long it takes. That’s all you can ask for, right? 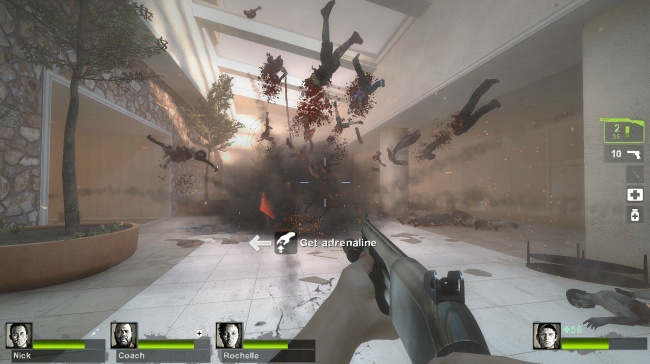 If shooting zombies is your thing, Left 4 Dead 2 is your game. Team up with three friends to play through any of the five-part campaign maps, including those from the first game, or go head to head with your friends picking sides as zombies or survivors. The addition of L4D2’s melee weapons into the original game’s maps is a nice touch as well. If you’re looking for a stiffer challenge, see how long your group can hold off the zombie hordes in survival mode. 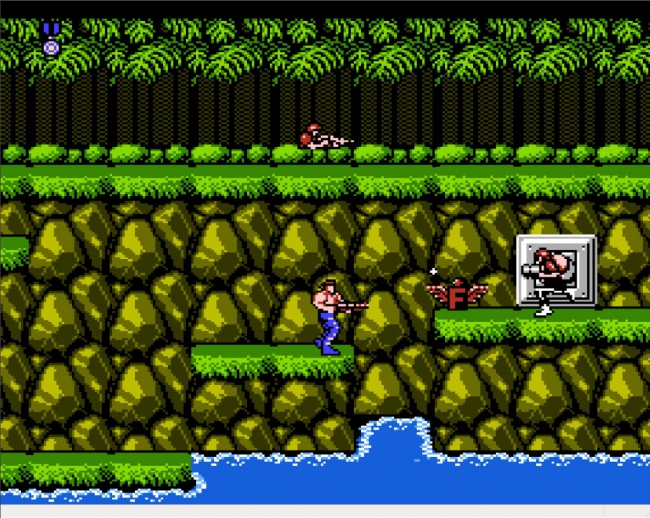 If you’re around my age, you most likely cut your 13 year-old co-op teeth on a little game called Contra. A run-and-gun title that let you play in multiple perspectives, Contra is 27 years old this month. There are no life bars, regenerating heath, or healing kits. If a bullet hits you, you die. It was so challenging that Konami hid a special code in the start screen to give you (and your co-op partner) 30 lives each. Maybe you’ve heard of it. My friends and I totally beat it without using the code, though.* 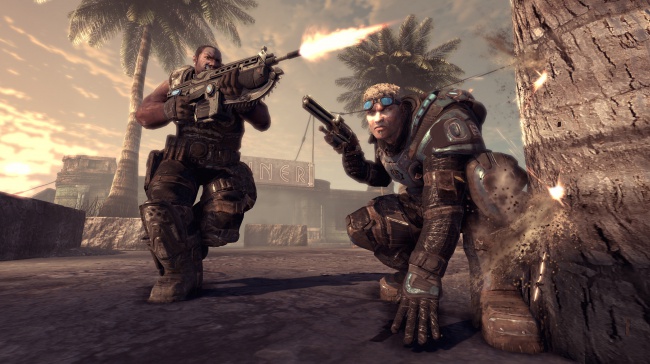 Gears of War 2 stormed onto the Xbox 360 in November of 2008, and immediately gamers were teaming up to take on the Locust hordes. Drop-in, drop-out functionality meant that you could join a friend’s game in progress, and player-specific difficulty meant that you didn’t have to agree to play it on hard if you didn’t want to. New weapons like a flamethrower and a chain gun just polished off a package that Xbox 360 gamers couldn’t wait to join their friends to play. 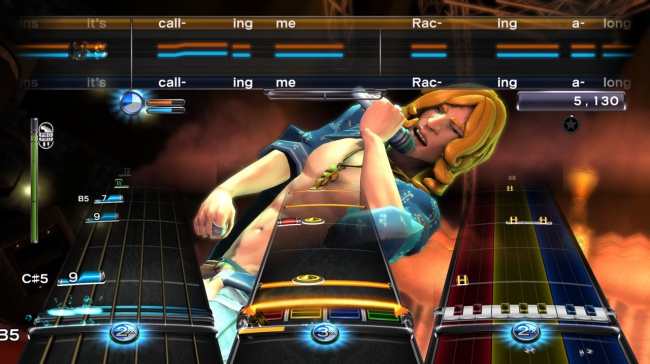 The ultimate in party game technology, Rock Band 3 took everything that Harmonix had learned about rhythm games from making Guitar Hero and two Rock Band titles, and threw it all onto one disc — and it was AWESOME. Getting friends together always meant music, no matter how many of you there were. You could swap players in and out, sing up to four-part harmonies, and even set that game up in a party mode that constantly played music, whether or not someone was actually playing. year of DLC support meant that you could play tons of your favorite songs with your friends, no matter how bad you were as a musician. If you were actually talented, pro mode would up the ante and let you take on the music as it was meant to be played. Harmonix has recently begun discussing the possibility of a sequel, and released their first Rock Band 3 DLC in two years, so maybe Rock Band 4 is on the way. If so, it’ll likely be a great one to play with friends as well.