PS4 console mods for Fallout 4 suck. Thanks to the limitations imposed by Sony, the developers at Bethesda released a severely limited version of their console mod functionality, essentially neutering any PS4 modding scene that might’ve thrived under better circumstances. Still, there’s a lot of quality stuff floating around that’s available under the PS4 umbrella, and I delved into those awkward, strictly-chartered waters to find 8 diamonds in the rough.

And just to be perfectly clear, PC modding is the best, most obvious choice for Fallout 4 fans. For you poor souls suffering under the painful limitations of the PS4, this list is for you. 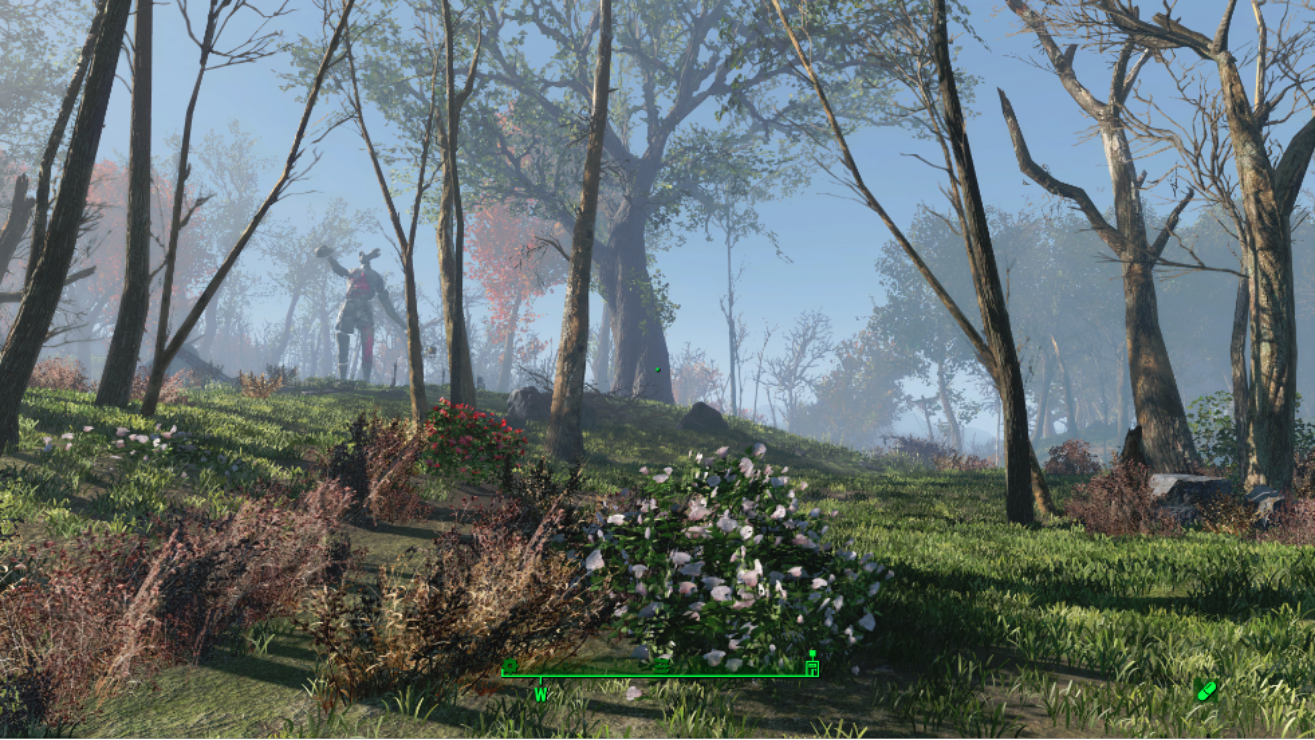 Tired of endless brown? The most favorited mod for the PS4 is this simple foliage reskin, making the formerly colorless wasteland into a brighter apocalyptic environment, bringing a splash of green to go with all that gray. The mod is designed to enhance the look of the map, and minimize any effect on your FPS. Considering the popularity, creator ANDREWCX did a pretty good job. This is the first of four mods designed to alter the look of the wasteland to match the four seasons using only pre-existing in-game assets, all from the same modder. 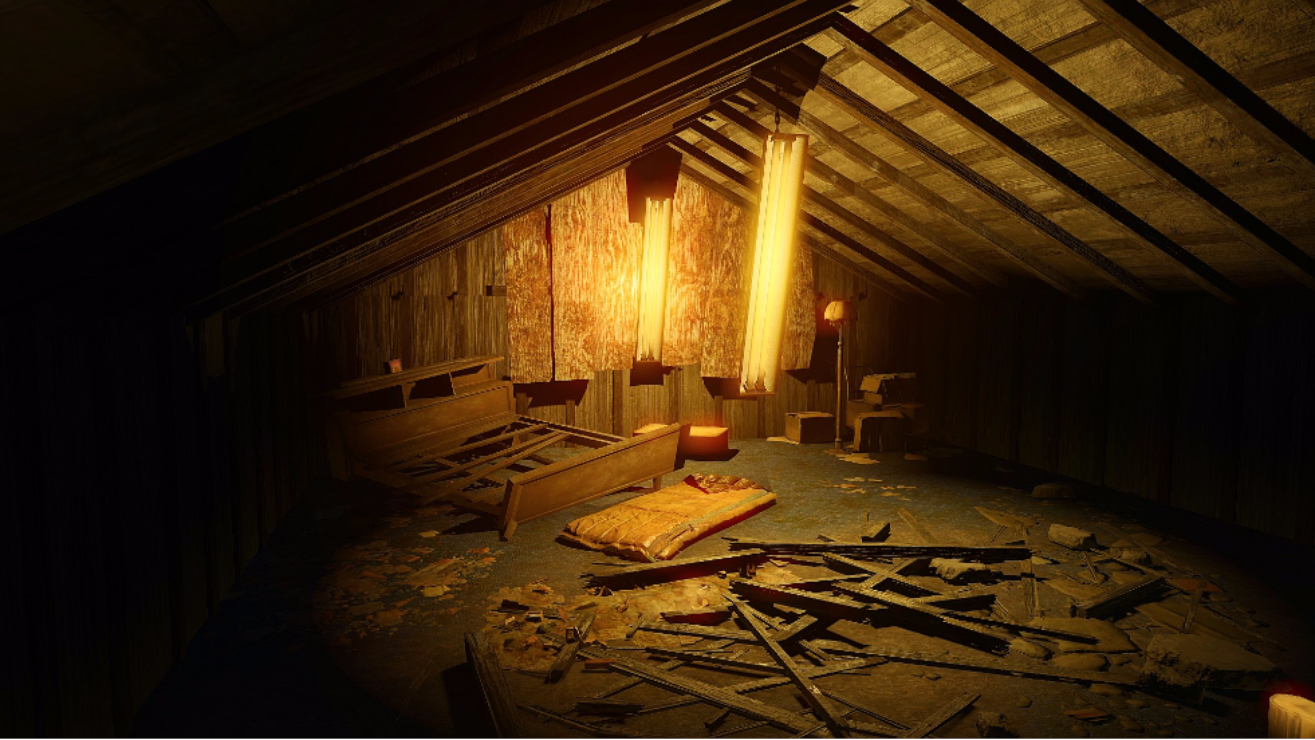 One of the simple joys of Fallout 4 is exploring the wasteland, finding nooks and crannies with valuables to take or unique stories to uncover, even if a quest doesn’t lead the way. If you were disappointed by the relatively sparse explorable area in (and around) the town of Concord, this mod provides multiple interiors and exteriors to give a little more oomph to the area. There are 9 new interiors in Concord, with 7 exterior areas to explore. 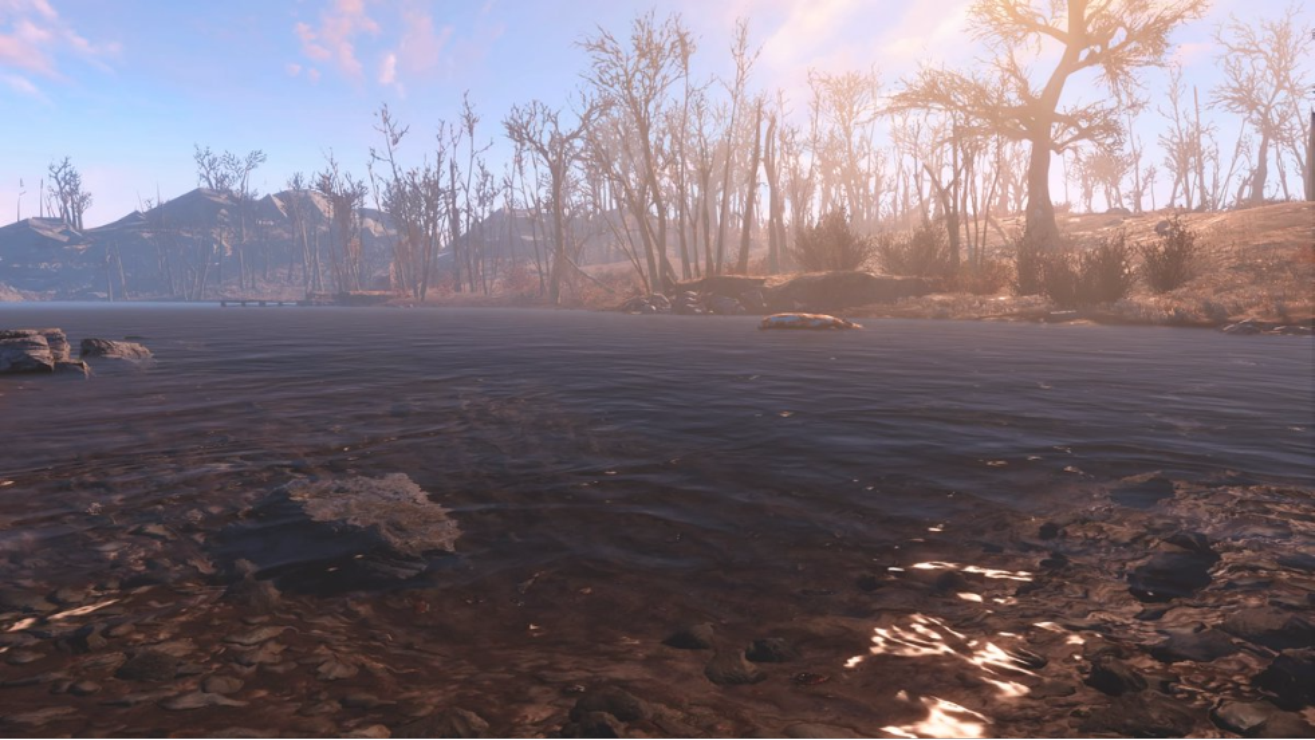 For the weather (and water) lovers out there, these mods add more immersive storms and bodies of water to the base game. Nights get darker – rain, fog, and rad storms are heavier – day-light thunder storms, dust storms and plasma storms bring new challenges to the Commonwealth. Weather effects last longer too, sometimes sticking around for 6+ in-game hours. The days are longer too. The Water Redux mod adds more realistic types of water to the wasteland. Some bodies of water are clear and crisp, others murky. Not exactly essential, but a good way to add diversity to the visual palette of the Boston area.

Add the Weather Redux PS4 mod to your library here.

Add the Water Redux PS4 mod to your library here. 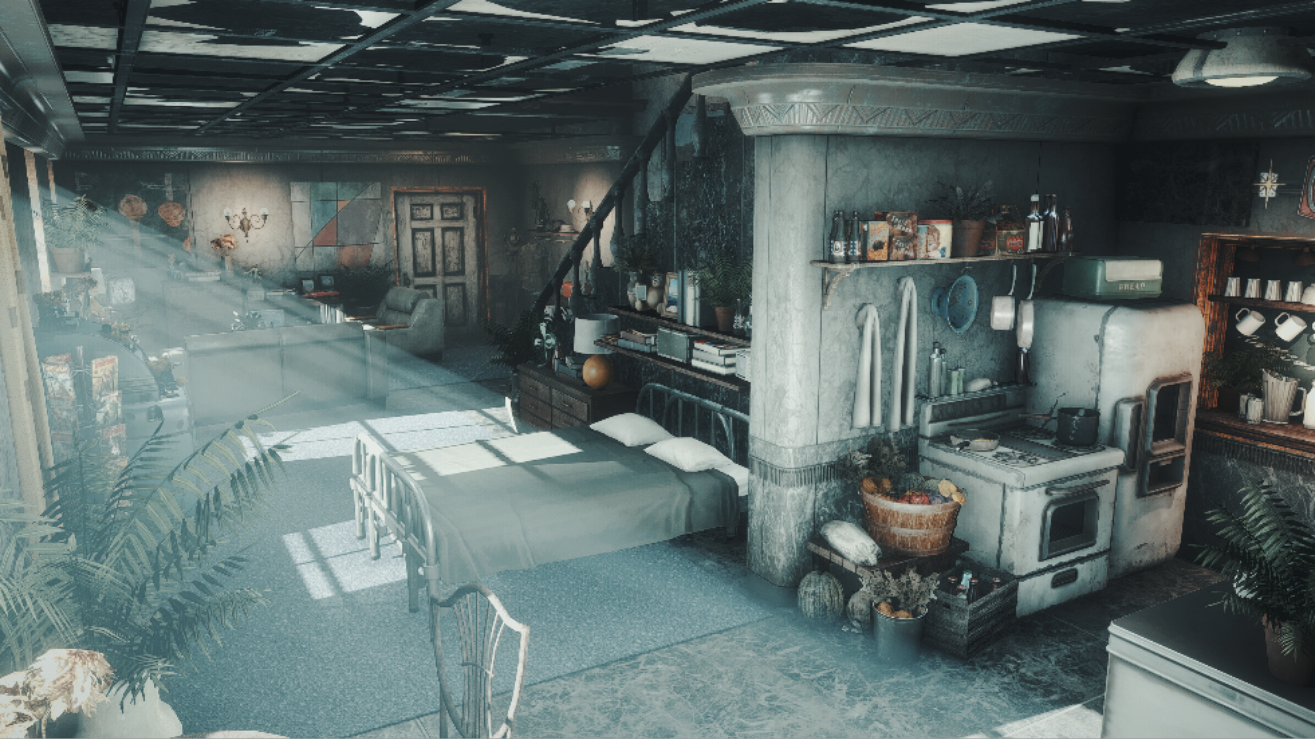 If you’re looking for a nice place to chill and ride out the apocalypse in style, Marlborough Mansion is one of the prettiest vanilla player-housing sets I’ve come across so far. Like any proper play house, it comes with a cloud storage workstation, a Power Armor Station, a surgery chair to alter your appearance, day and night cycle, a bobblehead shelf, and plenty of safe item storage space. While it does count as a settlement, every item is static. That way you won’t accidentally ruin the southern comfort style of the interior cell.

The biggest gameplay overhaul available for the PS4, the Immersive Gameplay mod makes gunplay deadlier, levels harder to gain and the AI smarter. You start the game with more gear, but you’ll have to use your stockpile to survive with only a fraction of the health. Enemies go down easier, but so do you. If you’re up for a challenge, this mod works even better on the Survival Difficulty level – don’t forget to raid your prewar basement under your topside bed. 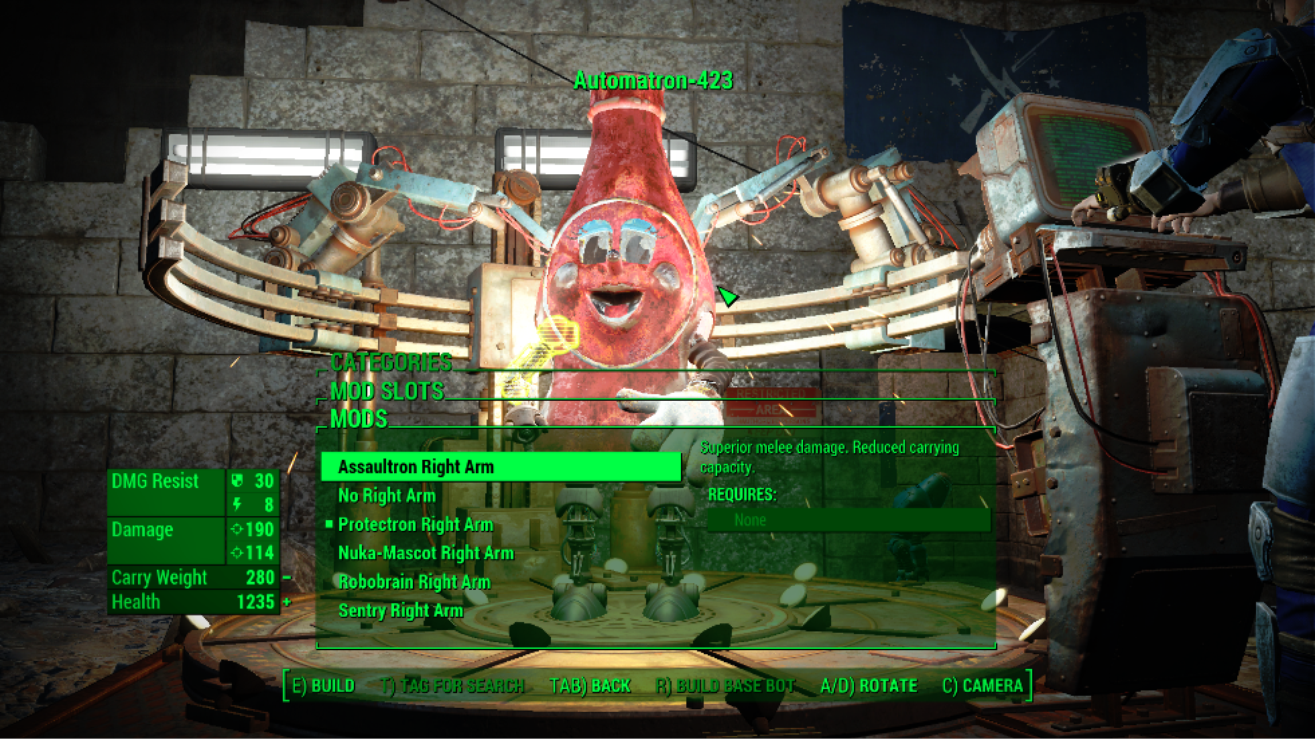 This is the best cheat mod available for the PS4, essentially turning all your Chem Stations into settlement-locked Cheat Menus. Access any Chem Workstation, and you’ll be able to produce any item in the game – from armor to weapon to materials. You can even spawn NPCs, or enhance weapons without any of the required perks. You can grab extra XP, cash, or spawn cheat chests with special cheat grenades. It’s an all-in-one solution for cheating in Fallout 4. 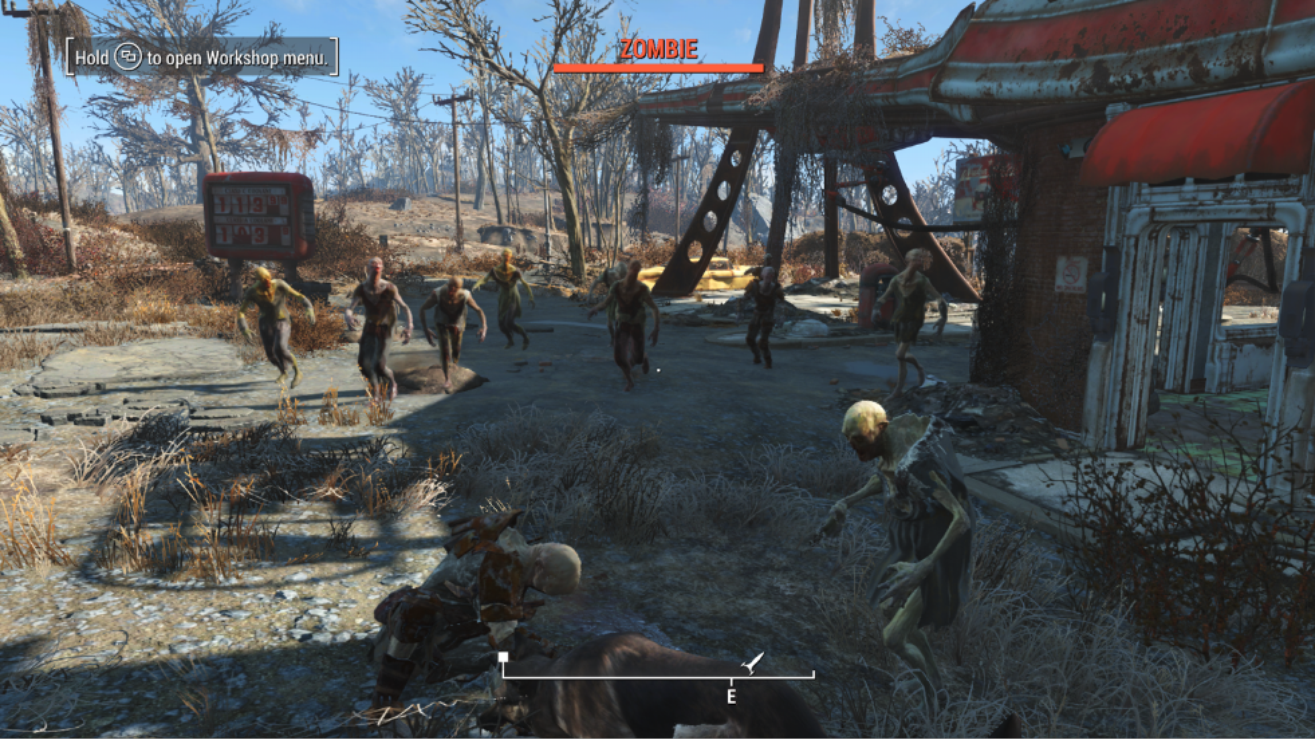 This mod turns the normally fast Feral Ghouls in Romero-style hordes – slow, and coming at you in large numbers. There’s nothing more annoying than a Feral Ghoul freaking out directly in your face, and making these creatures just a bit more manageable (and plentiful) adds a new layer of fun to the main game. Actually, what really adds to the fun are the multiple Zombie Walkers replacement mods that work in conjunction with this one – you can replace creatures, gunners, raiders and super mutants, making the Commonwealth into a true undead apocalypse. 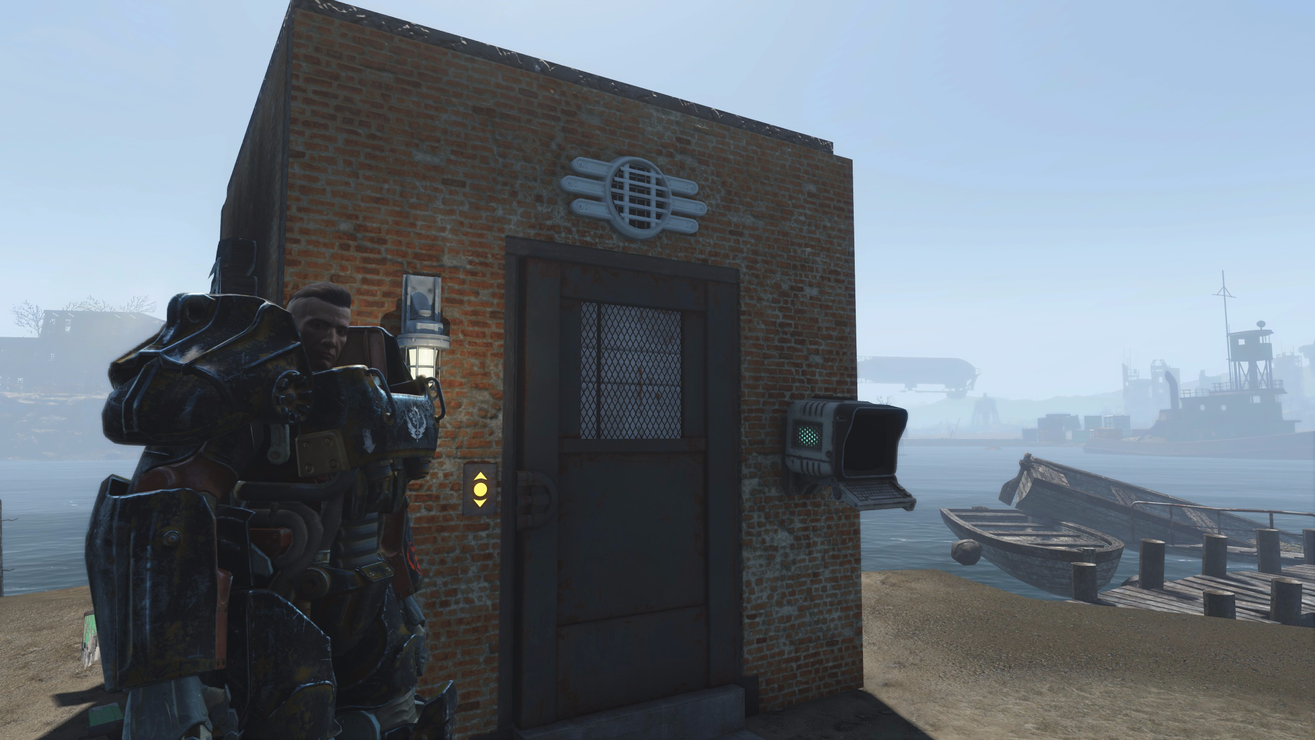 The last mod on my list includes an elaborate new vault to explore that also totally illustrates the downside of mods on the PS4. This is a quest mod. Normally, you’d be able to embark on an unfolding story, experience scripted events, and generally do the kind of stuff you’d expect from quests. All that is removed on the PS4. All you can do is explore the Haunted Vault area, located near the Croup Manor. It’s still an awesome, expansive environment that’s worth your time, even if it is extremely limited on the PS4.