We’ve watched the leaked videos, listened to the hype and high praise from the publisher and developer for a game. We’ve seen screenshots and told just how amazing it will be. Then, suddenly, that game that we were looking forward to has suddenly met its demise before even being released.

Here’s just a few of the many games we wished would have seen the light of day, but never did. We would love to hear which games you were looking forward to in the comments below!

Starcraft: Ghost was to be a stealthy action title in the StarCraft universe playing as one of the elite operative units known as ghosts. Assuming the persona of Nova you used covert and silent tactics over the typical run and gun to complete your objectives. It’s a shame this one never made it to release, but, Blizzard did hint that they want to ensure games are up to their personal level of quality before it’s released. Perhaps Ghost wasn’t panning out as they expected it to be.

Silent Hill games were always a fan favorite. They had suspense, creepy horror moments and were just all around fun to play. That’s what made it such a surprise that Silent Hills had been cancelled. The legendary staff working on this title had some very familiar names such as Director Guillermo Del Toro, Manga writer Junji Ito, The Walking Dead star Norman Reedus and Designer Hideo Kojima. Though, the last name may have had a lot to do with it.

Hideo Kojima and Konami had a rather public dispute that ended up with Kojima departing from the famed company. The aftermath was a shake-up in staff with nearly every title he worked on. I personally believe that Silent Hills, being one of those titles, may have been caught up in that whole debacle and cancelled as it wasn’t that far into its production as the others.

In any event, maybe one day with enough outcry, Konami will cave and decide that it’s a project worth resurrecting.

Star Wars 1313 was an action title based in the Star Wars universe that, instead of centering around using the force as a Jedi, was all about the fan favorite character, using an assortment of gadgets and guns as Boba Fett. But, everything came to a sudden halt when The Walk Disney Company bought LucasArts, cancelled their projects and laid off the staff. For a time, rumors circulated that it was simply “on hold”, but when Disney didn’t renew the trademark for the name, it was confirmed they had abandoned the title.

Given the amount of games that EA released or canned with the Command & Conquer title can blot out the sun if they were arrows, I’m sure you’re wondering why, exactly, would I include one on this list? I loved Command & Conquer when it was more about the gameplay and less about the microtransactions like the abomination that C&C4 was.

Command & Conquer: Tiberium was to be a first person shooter in the Command & Conquer universe. I’ve always enjoyed C&C lore and feel this game would have been an FPS that people would enjoy. 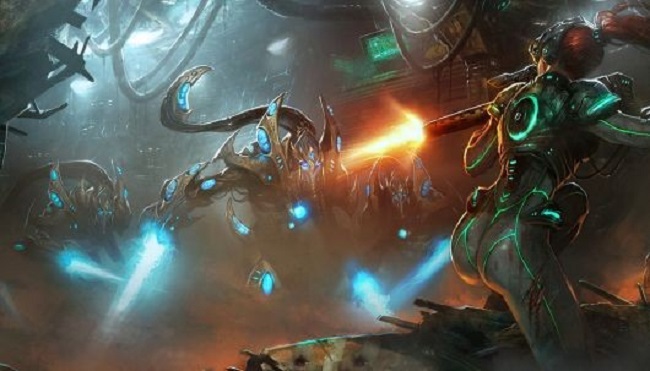 Titan was to be Blizzard‘s second MMO. It stood out on its own as it was said to be an entirely new IP, not one based on anything related to Diablo, Starcraft, or Warcraft. Titan was somewhat hinted at when the Jobs page on Blizzard‘s website were positions for a new “Top Secret” MMO.

However, during this time, Blizzard seemed to be stretching its impressive reach just a little too far and ended up cancelling this project. They instead focused on the much smaller and easier to manage HearthStone, a video game version of their own card game.

It would have been a great time to see a new MMO, but they would also have their own competing MMO against World of Warcraft. In the business sense, this would have just caused issues.

Rainbow 6: Patriots was a departure from previous titles where team strategy and covert operations has been changed to one handling moral issues as you pursue a terrorist organization calling themselves “The Patriots”. Patriots was more about making difficult choices that may not be seen as ethically sound or morally correct.

However, when important members of the Dev team were removed from the project, it seemed to be a hint of what’s to come. In October of 2013, Tom Clancy passed away and Ubisoft thought that, given the different style of this game would be a concern as it would be the last to bear his name that he signed off on when he was alive. 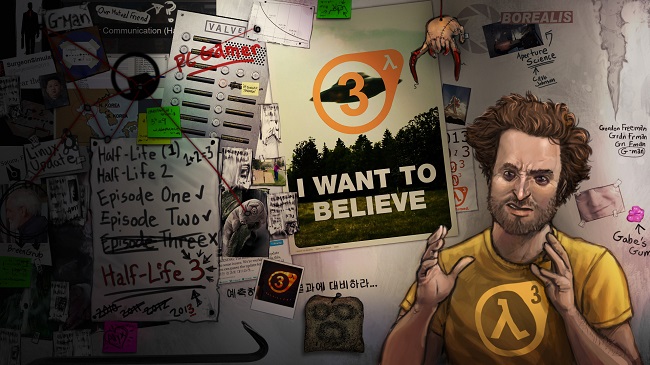 Half-Life 3 has turned into the running gag of the internet. It’s caused enough conspiracy theories about its release that it gives government conspiracy folks a run for their money. The interesting thing about this game is that it was never officially announced and does not exist. But, that hasn’t stopped the internet from insisting that it just hasn’t been announced yet. The issue with this is theory is that it’s been so long since Half-Life 2‘s release that, thanks to these constant rumors and speculation, when/if the game is released it will never live up to the hype the fans have already created for it.

While it would be great to see a new Half-Life title, at the same time, it’s probably best it never happens.

This is of an honorable mention given the game was released. The long anticipated release of Duke Nukem Forever was on this sort of list for years until its release in 2011. Fans of the previous Duke Nukem games (especially Duke Nukem 3D) had their long awaited dream come true when it was announced the game was finally to be finished and they could now kick ass, as they have long since ran out of chewing gum.

But then, they started playing it…

It didn’t take long for that feeling of excitement to turn to disappointment when they realized just how half-assed the gameplay was, how stale the jokes were and how uninspired the game actually was. Had it been released as intended years ago it would have no doubt done much better. But, those fans that enjoyed the previous titles grew up, refined their pallettes and were used to and expecting a better overall experience. The game felt half-finished and rushed. Two things that will never do well for a game considered to be AAA.