PC gamers love to mod their cases. Sometimes it’s subtle; a light here, a decal there. But sometimes the builds can get amazingly intricate and detailed, and it’s those builds that catch our eye. I’ve picked eight of my personal favorites to show you here, but the world is full of awesome case mods. If you have a favorite (or if you’ve done some modding yourself) show it off in the comments! 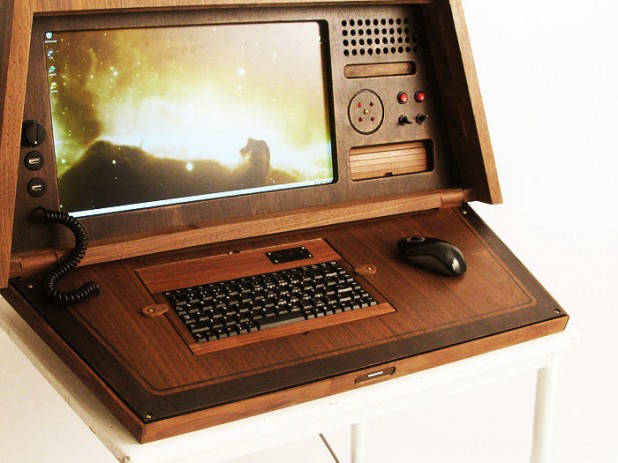 Created by Swedish artist Love Hulten, this retro PC combines new tech with a classic look. Plenty of wood, classic perforated board for ventilation covers, and a flip-up keyboard panel accentuate the classic lines of this mod. It even has a built in monitor. The lines are reminiscent of one of the first PCs I ever worked with – the Commodore CBM. 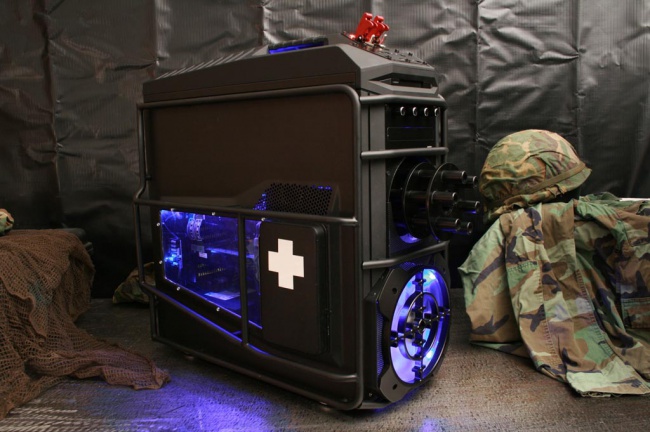 Back in 2012, Raptr sponsored a contest where one lucky winner would get a Battlefield or [emCall of Duty</em]-themed PC case mod. The winner wanted a Battlefield theme, and this is what he ended up with. It incorporates a minigun that actually spins, some cool toggle switches up top, and a first-aid labeled, USB-powered beverage cooler. 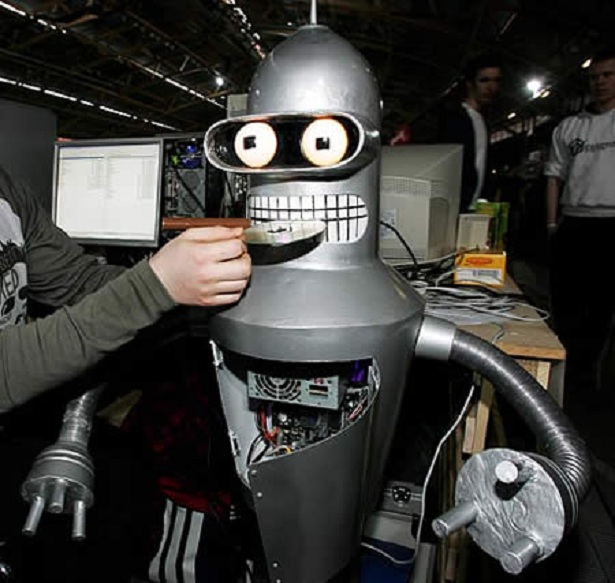 What better theme for a new PC than Futurama’s own smart-mouthed robot, Bender? That’s what what modder Jan Erik Vangen from Norway thought too. So he incorporated a PC inside the Bender’s metal innards, and the result is this glorious image. You can see the in-progress build photos at Mini-itx.com. 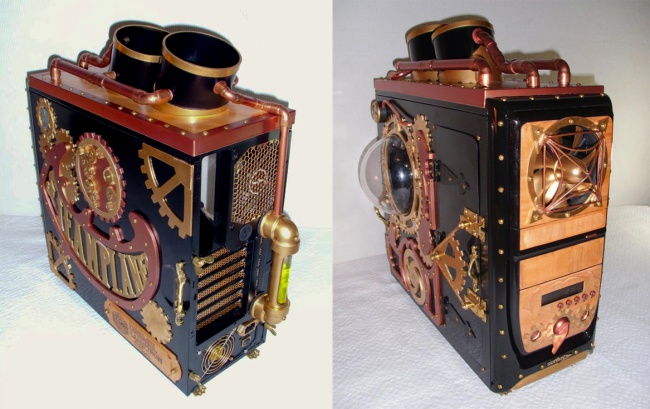 Steampunk builds can be pretty amazing, and this one from Pablo Suarez is no exception. Featuring smokestacks and an awesome bubble-shaped porthole, it’s got class to spare. It almost looks like something you’d find in Bioshock Infinite. 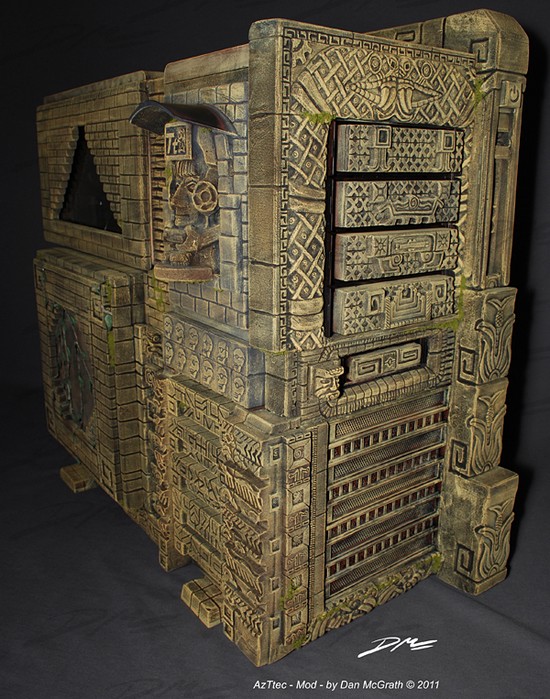 Dan McGrath’s AzTtec is an amzing look at how detailed you can be with a case mod. Created by covering a Thermaltake case with foam (hence the Tt in the name), this build is just beautiful to look at. You can see more photos, including the custom keyboard and mouse he made to go along with it, over at Technabob. 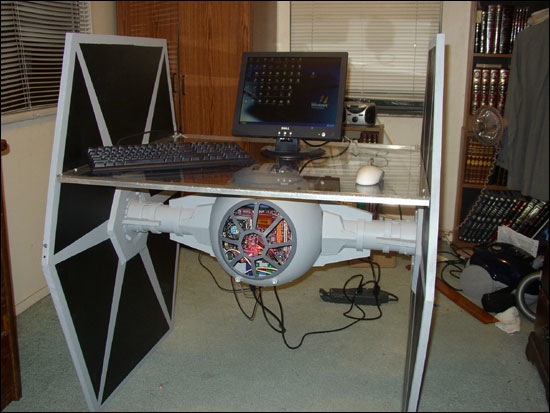 If you want to go big with your case mod, why not make one that’s also your desk? That’s what this one does, and as a bonus, it’s a freaking TIE Fighter! With the PC safely off the floor and not on your desk, it makes for a lot more room, as well. I’m betting this is what’s in Darth Vader’s office. 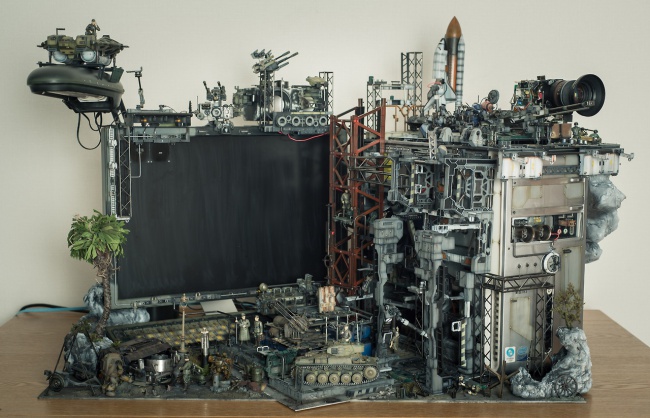 Not based on any particular game, this case is modeled after some sort of military base or outpost. Japanese designer Hiroto Ikeuchi put over a year into this case, which features tanks, figures, and USB powered rocket launchers. It’s an intricate masterpiece. You can see more photos over at Wired. 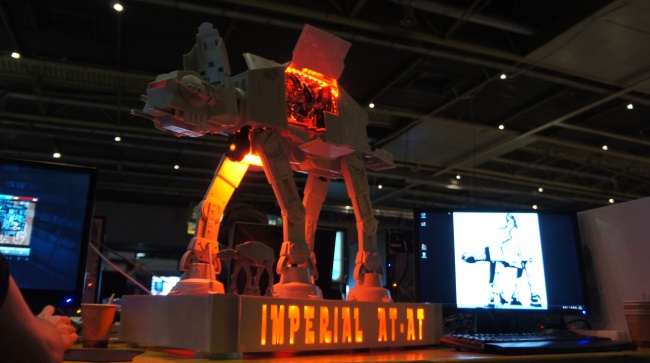 Yes, we already had a Star Wars case mod. I know. But how do you not include this? Asphiax Frontier Modding has created one of the coolest Star Wars case mods of all time. Great lighting, a solid base, and an awesome concept make this one of favorite mods I’ve seen. You can see more of this awesome case at the Asphiax website.