The video game industry is the kind of beast which rushes to embrace new technologies and advanced graphics. Demakes move in the opposite direction, taking beloved Triple A classics and reimagining them as 16 or even 8-bit games. Whether developed by fans or officially authorized by the publishers, you can find several amazing demakes online which are a blast to play.

Can you think of any great demakes we missed? Share them in the comments!

Eric Ruth’s Pixel Force series took successful modern games and redesigned them to meet classic console specifications. Perhaps the most notable case was Left 4 Dead, which Ruth reimagined as a top-down NES shooter. While it only supports two players and the Versus gameplay mode was cut, the zombie types and environment designs are impressively faithful to the original. You can download it here.

If you’ve ever wondered what the Half-Life series might look like as a 2D game, Codename Gordon is the answer. This parody translated most elements of Half-Life 2 into an action-packed sidescroller, including the enemies, gravity gun, and Gordon’s iconic crowbar. It was even officially endorsed by Valve, until the developers went bankrupt and abandoned their website to virus and pornography distributors. Thankfully the game itself is still active – just click here while Steam is running in your system tray. And be careful not to visit any in-game links once it’s installed.

Sometimes, publishers will authorize retro demakes to promote an upcoming sequel. Such was the case with The Border Lands, a flash game Gearbox released to advertise Borderlands 2. While you were limited to a single arena screen, Border Lands still features the same classes, enemies, and procedural weapon loot drops which defined the series. Gearbox took the game offline with Borderlands 2‘s launch, but if you do a little digging, you can find websites which still host it today.

Before Halo: Reach gave us Bungie’s official video game prequel, a lone fan created his own version with Halo Zero. Its story campaign follows Master Chief during the Battle of Reach, fighting back a Covenant assault as humanity prepares a mass evacuation. While not strictly a demake, Zero bears such a strong resemblance to SNES-era shooters that it was briefly rumored to be a proof-of-concept for a Game Boy Advance title. It even features impressive vehicle sections and a multiplayer mode inspired by existing Halo maps. Sadly the creator’s page no longer exists, but several sites still host the game if you’d like to play it for yourself. 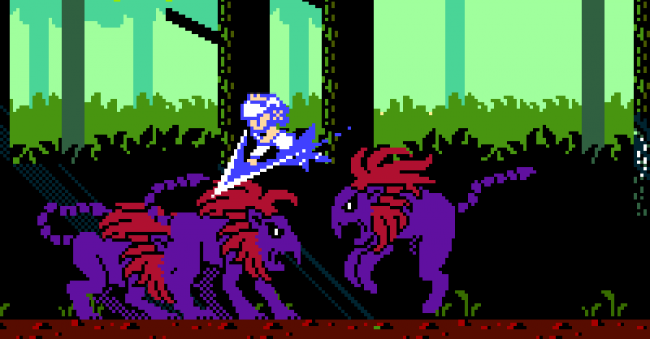 Looking into more recent demakes, Atlus published an Odin Sphere flash game last January to promote Leifthrasir. While it’s fairly basic and contains a single environment, its leveling system and increasingly challenging enemies make for a fun, if brief, experience. There are even a couple of surprises and Easter Eggs hidden within as well – one of which you’ll see if you refuse to kill a single enemy.

Team Fortress 2 is almost nine years old, but still the game most multiplayer shooters try to emulate. Gang Garrison 2 took the basic concept in a different direction – a retro demake direction. This free multiplayer game takes all nine classes and renders them as side scrolling sprites, without sacrificing the team-centered gameplay fans love. There’s even a separate tool for designing custom maps, even if you won’t see them in the Steam Workshop anytime soon.

World of Warcraft: The Molten Core

The Molten Core was one of Blizzard’s April Fool’s jokes – a fabled World of Warcraft game designed for the Atari 2600. But it stopped being a joke when Gamer’s University made its own version. This multiplayer title follows a Warrior and Priest as they fight enemies and bosses in the Molten Core, collecting loot which increases your abilities along the way. If a guildmate happens to live nearby, invite them over to give this retro World of Warcraft game a shot. 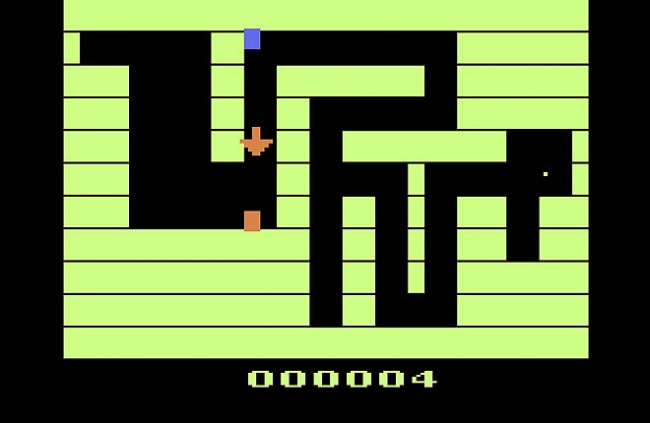 Most demakes are this list are only retro in their visuals, not the technology running them. Super 3D Portals 6 is the rare exception – a Portal game specifically designed for the Atari 2600. You’ll need two joysticks to operate the controls, and the graphics are obviously dated. Yet it still just wonderfully manages to capture Portal‘s core gameplay. Whether you use an emulator or the actual Atari system on hand, Super 3D Portals 6 is about as authentic as demakes can possibly get.