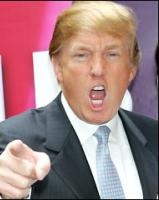 Veteran game writer Jeff Gerstmann has been terminated from his position at Gamespot, and some sources are claiming it happened because of his negative review of the recent Eidos release Kane & Lynch: Dead Men.

Gerstmann confirmed his firing with Joystiq this morning, but said he was “not really able to comment on the specifics of my termination.” The issue has been quickly and widely publicized, most visibly by Penny Arcade, which has resulted in a multi-thousand post thread on the topic on the Gamespot forums as well as an apparent ban on the topic at the Eidos forums.

The rumors are at least in part the result of heavy investment in Gamespot advertising for Kane & Lynch by Eidos, which went so far as to include a near-complete skinning of the site that has now been removed. Rock, Paper, Shotgun claims a “very reliable source” has confirmed the review as the cause of Gerstmann’s termination, but neither Eidos nor Gamespot have commented on the matter.

Gerstmann’s original Gamespot review is still available here, although according to Joystiq the video review is a much harder-hitting piece that seems a more likely catalyst for Eidos’ wrath. More information, including statements from Gamespot and Eidos, will be posted as it becomes available.