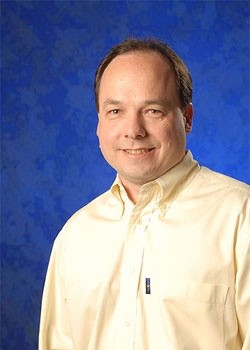 John Schappert has decided to call it quits after falling victim to Zynga’s recent “reshuffling.”

Things haven’t been going well for Zynga. The company’s stock price is currently doing its best impression of a submarine, its upper management faces accusations of insider trading and it’s struggling through the opening rounds of a legal slugfest with EA.

Last week, it was announced that Chief Operating Officer, John Schappert, was no longer responsible for the company’s gaming projects, his responsibilities having been taken on by two other senior members of staff. Rather than sit around twiddling his thumbs, Schappert has elected to leave the company.

“John has made significant contributions to the games industry throughout his career and we appreciate all that he has done for Zynga,” said CEO, Mark Pincus. “John leaves as a friend of the company and we wish him all the best.”

Schappert, whom Zynga poached from EA little more than a year ago, made some $3.6 million when he sold off his company shares shortly before they tanked. That number pales in comparison to the hefty $200 million Pincus made by selling off a portion of his holdings.

According to the International Business Times, sources within Zynga have claimed that the company was rightly or wrongly pinning the blame for its troubles on Schappert. Regardless, his demotion and subsequent exodus do not bode well for the company.

“Investors may want a scapegoat,” wrote Gamasutra’s Chris Morris, “but Schappert is one of the most game-savvy executives the company has. Mark Pincus, who will now oversee game development, doesn’t have the experience, and should things slip further, it will further undermine confidence in his leadership abilities.”

Rumor: Next Plants vs. Zombies Inspired by Team Fortress 2