Building your own PC is not as complicated as many think – a free afternoon and a Phillips-head screwdriver is all that’s required – but the barrier to entry for the utterly uninitiated can still be high. Acronyms are a-plenty, and navigating the minutiae while building the PC of your (moderately priced) dreams takes a decent understanding of the terminology.

I’ll pause before calling this an exhaustive list – I’m sure the Church of Commentology will remind me of items missed – but this should get you on your way to picking out parts and assembling a gaming PC that will keep you entertained for years to come. 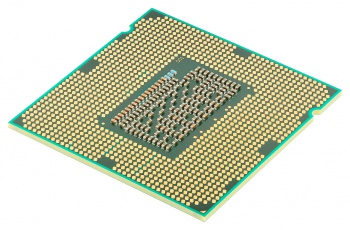 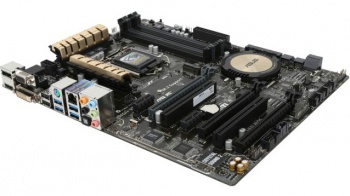 The motherboard is what everything else in your PC plugs into – your CPU, GPU, RAM, hard drive, etc. I’m not going to make some awkward human body analogy here… just know that the motherboard (or mobo for short) is really important.

Before buying a motherboard, it’s important to check that it will work with whatever other hardware you’re buying. With some hardware (graphics cards, hard drives/SSDs), there isn’t a lot of research necessary – virtually any hard drive you buy new on Amazon right now is going to work with virtually any motherboard you buy new, too. The same can be said for graphics cards, by and large.

What takes more research is the CPU and RAM. CPUs fit into a motherboard’s socket, and the latter’s socket needs to support the CPU’s pin structure. For example, one of Intel’s latest chips, the Core i7-4790K, is a Socket LGA 1150 CPU. There are literally hundreds of motherboards that support this socket, so finding a match is quite easy.

Finding the right RAM (memory) is also necessary, but just as simple. I’ll get more into RAM in a minute.

What else is in a motherboard? The chipset, which includes a host of small processors and co-processors that help your PC perform admirably. Wireless chips, audio processors, Ethernet controllers, and controllers for ports typically live on the motherboard.

There are other nuances that go into motherboard choice, but price is usually the best guiding factor. A good path to follow? Spending 10 to 13 percent of your total PC-building budget on the motherboard. A solid motherboard for a $1,000 or so PC would go for $100-$125… maybe $150 if you want to splurge.

As time goes on, ports on a PC become more and more simplified. USB ushered in that era of thinking around the turn of the millennium, and newer I/O like Thunderbolt is pushing that trend even further.

For now, let’s talk about the few basic ports that every PC needs to function:

SATA: Or Serial ATA. SATA is what currently connects your hard drive or SSD to your motherboard, as well as your optical (CD, DVD, Blu-ray) drives. The latest version is called SATA III (SATA 3), or SATA 6 Gbps. SATA is backwards compatible, so a SATA III hard drive will function just fine when plugged into a SATA II port (it might not run at its fastest, however), and vice versa.

eSATA: An external version of SATA, allowing for external storage solutions to access the same kind of bandwidth as internal hard drives.

USB: Universal Serial Bus has been around as long as many of our readers at this point. The latest available version, USB 3.0, has been in use since early 2010. This is what virtually every peripheral or external device (monitors excluded) uses to connect to your PC. But you already knew that!

Video ports: There are several, and thankfully both your monitor and your motherboard/GPU will have the appropriate ports. VGA is a legacy port, but still occasionally used, while DVI and DisplayPort are the two primary, PC-specific connectors. DisplayPort is the newest connector with the most future bandwidth – planning on building a 4K-capable gaming PC? You’ll be using DisplayPort. HDMI is also used, and is good for those who want to push audio out through the GPU (your home theater crowd).

RAM: Not as complicated as it looks 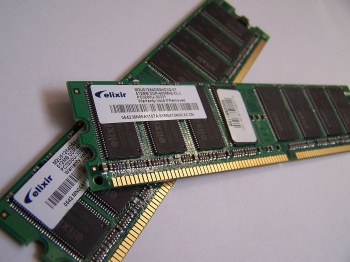 RAM (Random Access Memory), or memory, is the other hardware that takes a minute of pause before pulling the Amazon or Newegg trigger.

There are currently two types of RAM out in the consumer PC world, with a third rapidly approaching.

DDR3: This is the kind of RAM you’ll be buying for your PC right now, regardless of your AMD or Intel preference. DDR3 has been around since 2007, and it’s on the brink of being replaced with…

DDR4: DDR4 memory just became available to consumers, and the first platform to support the new standard is Intel’s X99 chipset (for its new Haswell-E CPUs). If you are building a PC with any other kind of motherboard, avoid DDR4, as it will not work in your machine.

GDDR5: GDDR5 is only used in graphics cards to support bandwidth-hungry GPUs, so you won’t be buying any to drop in your motherboard.

The two things you need to factor in when buying DDR3 RAM? Speed, and channel configuration, both of which are tied to your choice in motherboard. The majority of desktop motherboards support a range of different speeds, from the pedestrian DDR3-1333 (the 1333 represents the MHz speed of the memory) and DDR3-1600, to the more enthusiast-oriented DDR3-2133, -2400, or -2800.

Channel configuration is all about how RAM communicates, and consequently how it’s paired. The CPU socket type you choose will dictate what kind of RAM you can use, with some sockets supporting dual-channel RAM, others supporting triple-channel memory, and others still supporting quad-channel memory. The latter is currently only found on Intel’s latest X99 motherboard chipset.

The channel configuration also dictates how RAM is traditionally paired by manufacturers. Your average dual-channel memory kit will have two, or four sticks of RAM. Triple-channel comes in three, or six sticks.

Oh, one last note: if you’re using a PC with an APU, buy the fastest RAM you can afford. While a graphics card has dedicated memory, the graphics chip inside your APU relies on system memory/RAM. The faster the RAM, the more horsepower you can squeeze out of your APU!

The power supply, or PSU, sends juice to every component in your PC. The key points in a PSU are Wattage, rails, efficiency, and whether or not to go modular.

Wattage: Every power supply can supply a stated amount of power to your PC. The advertised number is the peak amount of power, even though the PSU will almost always run lower than that.

If you’re building a gaming PC, chances are you’ll be looking at a power supply between 600 and 800 Watts. If you’re an enthusiast who plans on running multiple GPUs, then 800 to 1000 Watts. And if you’re not really the gaming type? A 300 to 400 Watt PSU is right up your alley.

Rails: The rail is what distributes power within the PSU to the various components. There are two options here: A single +12V rail design, or a multi-rail design. Most PSUs made right now use a single +12V rail design, meaning one rail sends power to your CPU, GPU, and so on. The one major drawback with a single rail design: If something goes wrong, it could potentially damage multiple system components. A multi-rail design uses the same +12V design, but it’s split among several amperage-monitoring channels. This design can keep your components safer – if one circuit overloads, it can only hurt components attached to that circuit – but the multi-rail design also have power limitations. Too much hardware on one rail could cause a safe, but annoying overload shutdown.

Efficiency: You’ll want to buy the most efficient PSU possible. Thankfully, the 80 PLUS system tells you how efficient a PSU can be. The top rating, 80 PLUS Titanium, always maintains an efficiency of 89 percent or better. Check out this 80 PLUS chart for more detailed information.

Modular: Some PSUs are modular, meaning many of their component connector cables can be removed (in the event they aren’t being used). This feature usually comes at a modest price increase, and can help keep the inside of your desktop clutter-free.

If you’re new to the PC-building game, this list should have answered at least a few of your questions, and will hopefully start you down the righteous PC Master Race path. Reading is certainly short of building, but a little time, a lot of patience, and maybe a few curse word strings should result in a rockin’ gaming box of your own.

Questions? Concerns? Suggestions for future articles? Drop them in the comments, and let’s have a conversation.