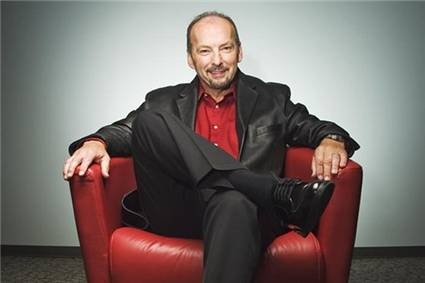 At E3 2006, I sat in a room with Peter Moore, then a Microsoft Corporate Vice President, as he described the PC gaming renaissance as envisioned through the Games For Windows branding. As a PC gamer, I desperately wanted to believe him and his vision, and it’s not like the ideas coming out of Microsoft were bad. They wanted installation to just work, more uniform interfaces, better community building features, online integration between PCs and consoles, and a unified retail attack to give the platform the cohesive appearance it’s sorely lacked. But what we’ve ended up with is just prettier packaging and a pretty good magazine.

Microsoft hasn’t exactly been on a PC gaming roll lately, and with Halo 3 breaking sales records, it’s hard to imagine there’s still a lot of PC-gaming enthusiasm bubbling in Redmond. With the some of major players in the GFW revolution just as quickly put out to greener pastures, most notably Moore himself, who has moved on to Electronic Arts, it’s time to come back to our senses about Microsoft’s commitment to what proved an unsteady launch.

What’s most disappointing is Microsoft had its heart in the right place on this one, but with missteps in related products and services, the branding hasn’t yet found sure footing. Earlier this year, Peter Moore extolled the virtues of Windows Vista, which he described as “built from the ground up with gaming as a core scenario.” A philosophy that, following the release, not even the official Games For Windows magazine would endorse.

By February, even Steve Ballmer had to admit that predictions for Vista had proved “overly optimistic,” though he blamed pirates rather than its high system requirements and the remarkable confidence most people still have in XP. Vista was a product built to meet far less demand than Microsoft had anticipated, and the idea and hassle of upgrading had never been sold to consumers, not even gamers or developers.

Vista was supposed to bring a lot to the table, including the equally over-hyped Direct X 10 and the ability to play with your friends on their Xbox 360, and if they had rolled out PC versions of Halo 3 and Gears of War with a free Xbox Live component, maybe we’d be having a different kind of discussion right now. That Microsoft could only offer Shadowrun and Uno on Live and never make it clear whether people would have to pay for features they already have for free on other services indicates a special kind of mismanagement coupled with industry skepticism.

Even worse, the moment seems to have come and gone for salvaging the service, as Valve’s latest community features, while they don’t connect PC to console, have offered virtually every other meaningful feature in a free and functional package. Steam isn’t only beating Microsoft at its own game, it’s taking Microsoft’s lunch money and leaving it tied to the tether-ball pole.

The problem is both Vista and Live’s success were closely related to the Games For Windows initiative, and as they struggle to find traction, so too does GFW also flounder. It’s too easy to take the cynical conclusion that Games For Windows was more a marketing angle to sell Vista and Live than any concerted effort to rebuild the PC platform, but as Microsoft seems to go dark on the effort in the wake of a disappointing 2007, it’s the most logical conclusion. And after the Xbox 360 just received a huge injection of players thanks to Halo 3, no one seems to be asking where the PC version with Live connectivity is.

So what does this mean for PC gamers? There’s no knight in shining armor riding over the hill to save the platform from its console aggressors. The advantages and market for developing PC games exist pretty much just like they did prior to Peter Moore’s many promises, and there is no shortage of outstanding games being developed for the platform. Games for Windows as a brand will probably stagger along on autopilot, and at least make alt-tabbing work more than half the time. And maybe, if we’re very lucky, there are some smart guys in a back room somewhere figuring out how to take advantage of the good ideas Moore proposed and getting meaningful companies on board. After all, when someone finally does get it right, the market will reward him.