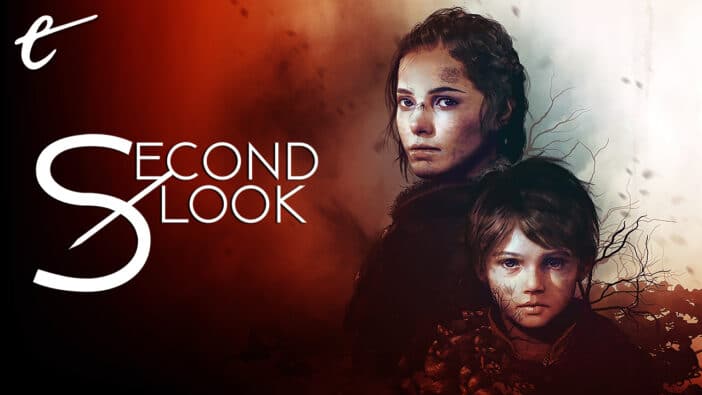 One of the very first things I wrote for The Escapist covered how much of a mess the plot to A Plague Tale: Innocence was. Yet it sold more than a million units anyway, so it’s getting a sequel. Of all the higher-end, AA-tier, Focus Entertainment-published games to get a sequel, this is not the one I would’ve picked, let alone anticipated. But here we are, so let’s discuss what I hope the sequel, A Plague Tale: Requiem, fixes.

Granted, A Plague Tale: Innocence isn’t a monstrosity. However, it is part of a pattern of games that sound great on paper, are certainly creative, and yet ultimately overextend themselves. For instance, A Plague Tale: Innocence tries to deliver a heart-wrenching story about siblings surviving the Black Death in tandem with a harrowing alchemical combat system. Instead, it boasts an incongruous story and middlingly average attempts at stealthy horror combat.

In its ideal form, A Plague Tale would be a proper third-person slow-burn horror game themed around the bubonic plague. Throw in some extra terrifying rat hordes symbolizing humanity being swallowed up by disease for some bonus body horror. You’ve got a little sling to throw rocks and alchemical potions to deal with enemies and solve puzzles, plus a little brother to protect throughout it all who helps with puzzles. Boom, fantastic, I love it!

Survival horror works best when you’re on a careful knife’s edge of defeat. Great horror goes to considerable pains to ensure you’re always equipped with just enough resources to make it through. You’re faced with several options both environmental and personal. The game demands you try new ways to solve a single combat encounter. 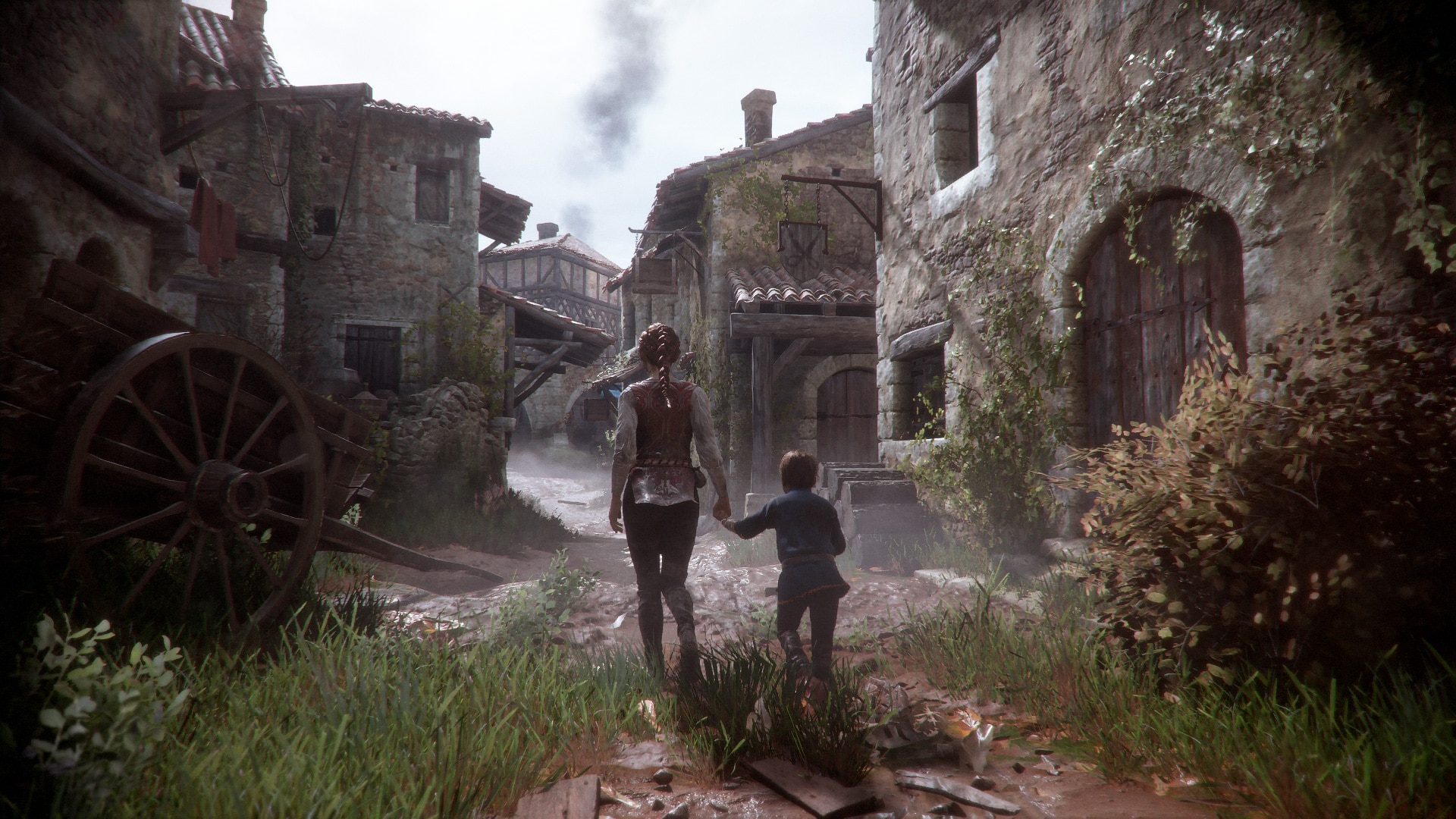 Take Dead Space for example. Maybe a more precise weapon is called for, or crowd control, or a physics item to bash the enemy back, or a blast of stasis and running to conserve resources. Hell, in a pinch, you can always punch a necromorph in lieu of blasting them. The tension comes from your uncertainty at how to go about each challenge, needing to commit once you decide how to proceed.

However, developer Asobo Studio also tries to make A Plague Tale: Innocence a prestige narrative-focused game like The Last of Us. Prestige games are typically far more generous about resources yet paradoxically specific about how you use them. Uncharted 2: Among Thieves will give you 50 grenade launchers to eliminate a single helicopter, but don’t you dare try to deviate from the prescribed course that gets you there. Where horror is a sandbox, a prestige game is a carefully manufactured music box that can only play one song well.

There are also a lot of cutscenes and heavily scripted narrative moments where there’s really only one way to get through. I don’t just mean in terms of navigating a level, but the inherent verbs, the mechanical choices available that players can harness. Any given problem is solved by a single potion or route, with nigh-infinite resources for the prescribed approach.

You’ll spend lengthy sections of A Plague Tale: Innocence serving as merely an actor, playing a part in someone else’s story. It’s always clear if a section expects protagonist Amicia to be afraid of killing anyone or to go full 14th century Rambo. There’s no need to rely on your own intuition. At best, there might be a secondary objective where you might spare some ancillary character’s life, but then in other sections, no matter what you do, they’ll die. 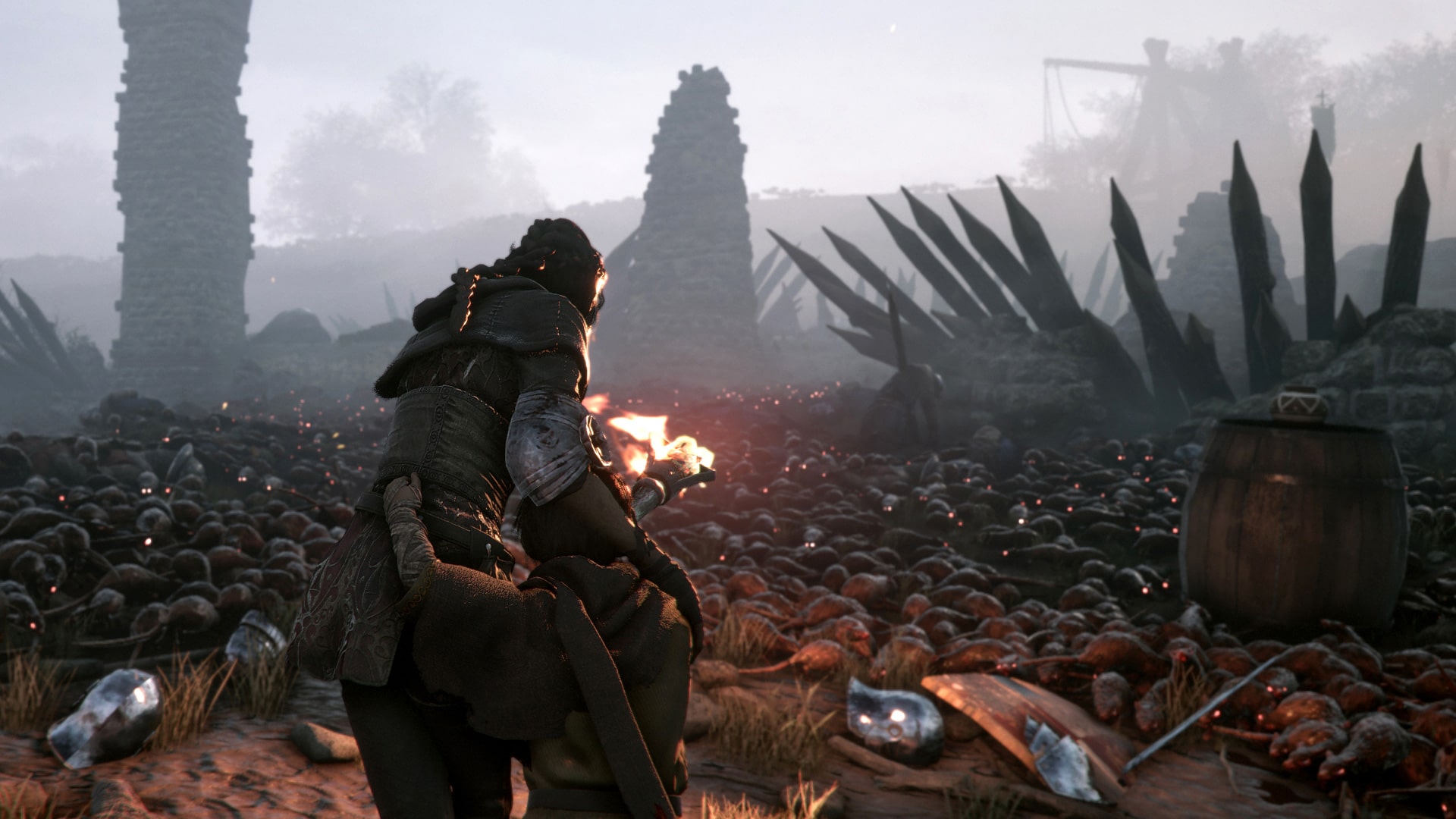 This is a shame because there are some parts of A Plague Tale: Innocence that are truly fantastic. There’s a sequence with a battlefield swarming with rats where Asobo’s technical and artistic skills are at their fullest. Despite a linear course, you’re encouraged to engage with the material. You harness the limited sources of fire so you can toy with the fields of rats before transitioning to the next zone, always struggling to supply yourself with enough heat to keep back their gaping maws.

Every single option available to you has a meaningful impact. Your sling, your little brother, your torch — all of it is used to great effect. The single heavily scripted moment where you drive a horde towards a trapped soldier is legitimately harrowing. For a brief, shining moment, the balance is maintained.

A Plague Tale: Innocence can’t keep that up. By the end, it makes the bewildering decision to try to position itself more like an action-horror game, driven by set pieces in lieu of more organic moments. The constraint of levels becomes more obvious. The gameplay potential narrows despite alchemical resources practically pouring out of the walls. It never feels earned as the story effectively comes to multiple false conclusions where everything could’ve wrapped up.

The obvious proper climax would be the fight with the Templar Knight in your hideout. He’s a formidable foe who represents everything you aren’t: physically imposing, fit for battle, and heartlessly cruel. For an entire campaign, this man has been set up as our central antagonist. Defeating him actually calls for the right tempo of action and stealth, scrambling for resources around a large stage as your hideout is ablaze around you. 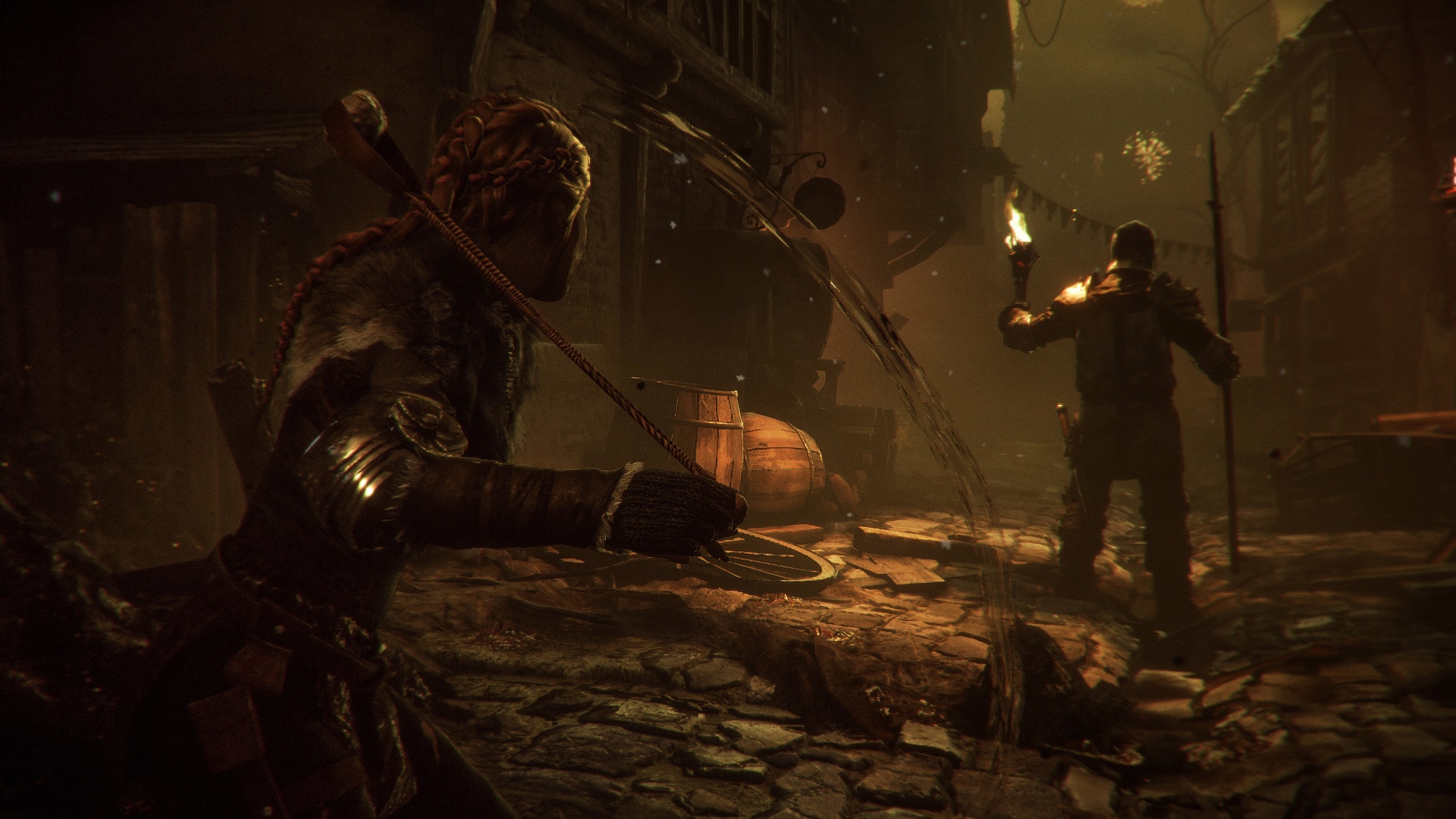 But no, he’s just the entrée before a series of increasingly forced levels where a new central mechanic takes the game in an increasingly preposterous direction. To describe it without spoiling the game’s central plot twist — imagine if, spontaneously in the middle of Resident Evil, you had to manage a garden. It’s given the flimsiest of explanations, and in theory it could work with better integration, but instead they just… have it there, and you can’t choose to ignore it.

The true climax is so awkwardly assembled and so divorced from the earliest hours of the game that you’d be forgiven for thinking you’d started playing a different game. It tries so very hard to be this jaw-dropping spectacle piece, while falling almost completely flat. The final boss doesn’t even really use the core mechanics the rest of the game is built around — there’s nothing more damning than that.

These two halves aren’t a suitable pair. A Plague Tale: Innocence could easily have been “Ye Olde Resident Evil” with deeper gameplay mechanics, more reactive levels, and more intimately scaled horror. On the flip side, it just as easily had the potential to be a thrilling, breathless ride more akin to Naughty Dog’s projects. If it had committed to either course, it would have been stronger for it.

Yet even in the trailer for its upcoming sequel, there’s a dueling dyad of tones that leaves me worried we’ll see a repeat. I hope that’s not the case. A Plague Tale: Innocence is so compelling in concept. We don’t often get games like this anymore, let alone see many of them succeed. Asobo is incredibly close to making something hugely memorable, but it needs to decide whether it wants a truly horrifying or truly prestigious game.