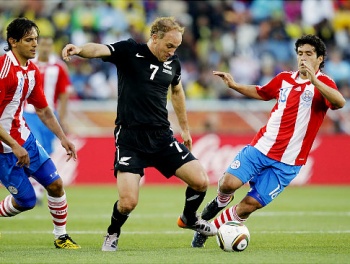 I am seriously over soccer detractors who seem to think that they have their finger on the pulse of what the American public enjoys watching. Citing Nielsen ratings (which we all know are flawed for various reasons) and retweeting their own hype, these journalists never cease to amaze me with their lack of understanding and their inability to see that which is staring them straight in the face.

We all know that soccer haters have long cried how the game is boring and low scoring. They love to joke about how it’s a child’s game played only by wimps and girls and that even the pros are prone to diving and faking injuries rather than getting on with matters at hand (I’ll agree that the last point is true with regards to certain teams).

But I actually think that soccer has had to overcome two hurdles that have nothing to do with any of those misguided perceptions in order to gain stature and popularity in this country.

First off, America is different from the rest of the world in that we are a nation that loves “turn based” games. What does that mean? In gaming terms, it simply means that you take a turn, and then I take a turn, just like in a game of chess, Stratego, Risk or perhaps Starship Troopers. Look at American football (throwball to you footy fans). There is a kickoff and the receiving team gets the ball and then they get four downs to make a first down and continue to do so until they score or they turn the ball over to the other side and it becomes their turn. In baseball it’s the same thing. A team will get three outs to try and advance runners in order to score points and then the other team gets three outs to do the same thing and this happens again and again for 9 turns or until a winner is declared. Even basketball is a turn based game. One team has a chance to score a basket and then the ball is turned over to the other team so that they can have a chance to score a basket. And this occurs for 4 quarters until a winner is declared.

The rest of the world however embraces what I like to refer to as “real time” or “transition based” games. These games, which include soccer and hockey, do not involve turns per se rather they involve a simultaneous competition for control of a playing surface in the hopes that an opportunity will arise where they can strike though defensive forces in order to score a goal. The play in transition based games tends to simulate real conflict in a more meaningful manner in that both sides are operating simultaneously to secure position necessary for gaining control and victory. There is no time to sit back and reflect upon what the other side is doing because it is live and happening at the moment. When one understands this perspective, then all of a sudden, the play in the middle of the field becomes that much more compelling and exciting. 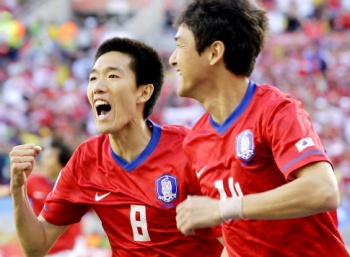 And guess what? Today’s youth understands and even prefers this perspective. Because of the influence of video games, today’s youth are finding real time or transitional games to be more entertaining than turn based games which feel old fashioned and slow.

The second factor that has hurt soccer in the past is even simpler to understand. It’s called money. All sports are a business in the end and if people in broadcasting don’t feel they can make money covering a game by selling advertising, then they won’t cover it. And if they don’t cover it, then the teams can’t make enough revenues to pay quality players. This in turn inhibits people from wanting to own any teams because they don’t see any financial upside to be gained through the acquisition and disposition of soccer franchises. And along the same lines, if our best athletes don’t feel they can become mega millionaire stars in America playing soccer, then they are naturally going to choose another sport.

In Europe, South America and the rest of the world however soccer economics has never been an issue. In the rest of the world, soccer is king on the “tele” and wealthy people from all over the globe including America continue look at soccer as an extremely attractive investment. And soccer players are heroes that have access to all the same sort of accoutrements that are made available to pro athletes here in the states including lots of money, beautiful women and recreational…(well you know what I mean).

But the financial tide has begun to turn in the United States. Thanks to the internet, Fox Soccer Channel’s 24 hour international coverage and ESPN’s live coverage of Champion’s League and Major League Soccer, fans of the beautiful game are now able to watch and follow their favorite teams and players just like fans of other sports. All of a sudden, names like Ronaldo, Rooney and Kaka no longer seem so strange or foreign. Even French national Tierry Henry was tapped to do a major Gillette razor campaign with Tiger and Federer long before sex scandal and World Cup. And even better, now American’s can actually see American’s playing live soccer abroad which does huge things in terms of brand building for names like Donovan, Dempsey and Howard.

But what does all of this mean in terms of soccer fandom here in the States? Well it means two things. MLS Soccer franchises are worth a heck of a lot more today than they were 5 years ago. The latest figure I have heard was $60 million to buy in. Scouts from successful international franchises have come to recognize the quality of players that are available in the MLS and continue to actively seek and sign players. This has led to a huge increase of talent from all over the world seeking to get drafted by MLS teams. Additionally, as the MLS continues to gain in quality, it also continues to build up its fan base. And contrary to the belief of soccer haters, the fan base is actually extremely diverse and inclusive.

There is no doubt that soccer is getting a bump in popularity because of the World Cup but the truth is that kids and adults were buying up the jerseys of Man U, Arsenal, Inter and the Red Bulls long before the most exciting sporting event in the world kicked off 2 weeks ago. And my guess is that they are going to continue wearing these jerseys and playing in pick-up games and cheering on their kids and their home teams as leagues grow and interest in the game continue to expand.

The bottom line is that Americans are getting it while many sports journalists and pundits aimlessly flounder in their ivory towers amidst their silly and outdated misperceptions. Soccer is awesome and if you disagree, that’s fine, but you are rapidly becoming the minority and you can put that in your turn based pipe and smoke it.