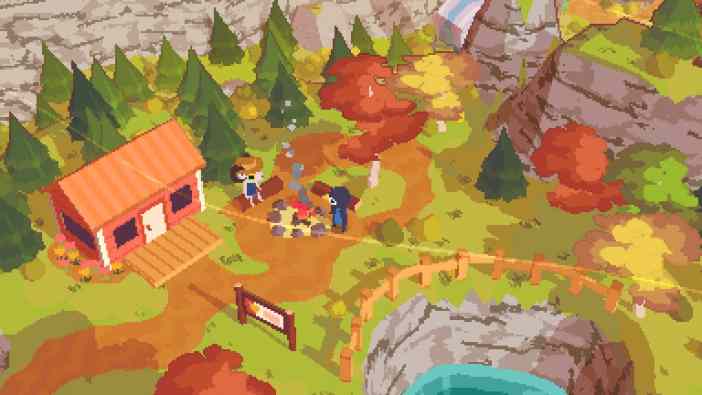 It takes two months to climb Mount Everest. It is easy to imagine this climb as a linear journey from bottom to top, base camp to summit, with a rehearsed string of obstacles in-between. The reality is much messier and more unpredictable, and about 1% of those who attempted the climb in the past decade died.

Despite beguiling appearances, A Short Hike is well-aware of all the deadly intricacies of hiking. Bucking the industry trend, this game does not pretend that scaling forest walls is as easy as throwing and landing a makeshift axe. Instead of portraying the ascent as a series of chained adrenaline rushes, A Short Hike revels in the hard but beautiful crawl up the mountainside.

And it emphasizes the beautiful. A Short Hike is ultimately lighthearted, removing the grittiness and potential deadliness of climbing Everest. It does not ignore the hard facts of climbing; it just aims to make them fun. Oh, and you’re also a bird.

Instead of slippery human limbs and frostbitten skin, you’re a colorful, pixelated bird, equipped with a better climbing tool than any pickaxe: wings. All the literal pitfalls of falling off a cliff are offset by the gentle flapping of wings, the swoosh of the wind, and chunky green and gray pixels representing cliffs, dirt, and grass.

Perfect serenity is hard to achieve in games. It is incredibly difficult to conjure a genuine feeling of peacefulness, an environment where mistakes are not setbacks, but happy accidents. Usually this comes at the expense of challenging gameplay or three-dimensional NPCs. A Short Hike is the rare game that attempts to have all three. The game’s ability to evoke such a feeling relies on its commitment to taking the notion of hiking and surgically removing the disheartening bits, elevating the beauty of the sport with careful art direction, simple interactions, and intuitive gameplay.

A Short Hike is a collection of flat colors and dull pixel edges. The game looks soft to the touch, with an autumn color scheme that evokes warm childhood summers. The game’s developer, Adam Robinson-Yu, aimed to create a style that was both economical and inviting. A world that would be lauded by Twitter, yet easy enough to craft with efficiency. The result is a game whose blurriness works to its advantage.

In real life, looking out from a high vantage point does not give you the vast vision of the Lion King onto your kingdom. A Short Hike is cognizant that the thrill of looking out at a great expanse is not driven by the tiny details, but by the magic of being so far away that the world below becomes indistinguishable.

Yu engenders this feeling by employing a variety of post-processing effects. On the perch of Outlook Point, the vast land mass beneath you is overlaid with tan fog, and the structures in the distance are merely silhouettes illustrated by edge detection. By desaturating faraway objects, the bright greens and browns of your current stoop are magnified. This has the effect of making small spaces feel much larger, like every yard of land you hike has an inherent uniqueness, providing a new perspective. 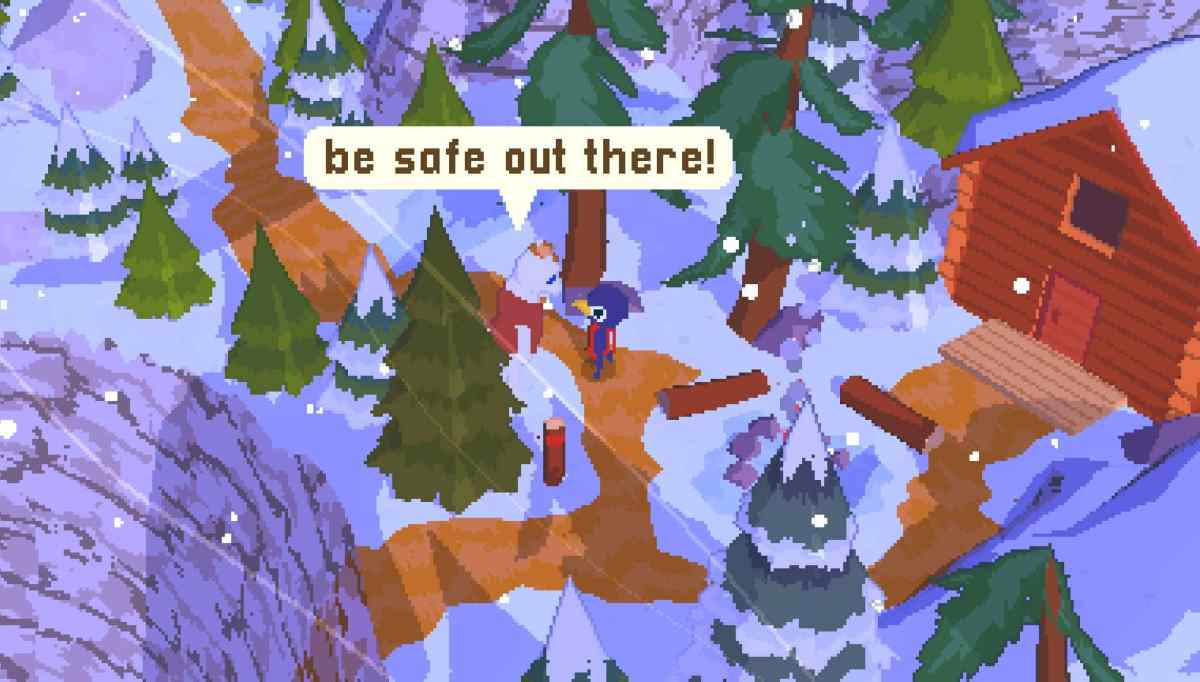 Your journey is complemented by the regular appearances of other hikers, some permanent fixtures on the island, others mere passersby. Their roles as guides, fishermen, shopkeeps, and indebted college students make the hike feel like a communal experience, the mountain a lively town instead of an inanimate land mass. These characters also expose you to a variety of viewpoints on hiking and reasons to reach the top. Some do it for spirituality, others for the rush, a few for the chance to make a buck profiting off the unprepared.

The mountain is inhabited not only by townspeople, but also by things — silver coins, gold feathers, shovels, boarded-up caves. When playing through the game, I noticed that it was this gameplay loop, the melody of hike-chat-find, that gave A Short Hike its harmony. Just at the moment that I thought I’d gotten lost on the wrong side of the mountain, I’d be comforted by the sight of a coin, or a bear fanning its paws over a fire pit.

By allowing equal time between solo exploration and community, the game encompasses the full breadth of the hiking experience: the highs and lows of falling and restarting, the beauty of happening upon a small perch and the foggy view that it provides. As a veteran Everest climber recalls, “spending time on the mountain is the reason for going in the first place.” In A Short Hike, the search for cell phone service at the summit may be the driving goal, but the serenity and joys of the journey are the point.