The other night, my World of Warcraft guild and I made our first exploration into the frigid halls of Icecrown Citadel, the final (and most difficult) raid dungeon in Wrath of the Lich King. We’re hardly top-tier raiders, so we spent the night learning the fight against the dungeon’s first boss, Lord Marrowgar – and, after a couple of near victories, left empty-handed to try again next time.

One of Marrowgar’s abilities is to throw bone needles at three random members of the raid, impaling them and rendering them unable to act until the needles are destroyed by their comrades. It’s normally not a problem unless he hits one of the raid’s healers. The giant skeletal guardian is dealing consistently heavy damage to all three tanks, and an incapacitated tank healer means that someone else needs to pick up the slack or everybody dies. After one particular wipe, our raid leader pointed out that it was just something we were going to have to get used to, since it wasn’t like the boss would adjust his abilities or damage if one of the healers had been one of his targets.

The other game I’ve been spending a ton of time playing recently is Valve’s Left 4 Dead 2, where the AI Director is programmed to do exactly that – adjust the experience so that the players always stand a fighting chance against a challenge. If the Survivors are broken and bleeding, the Director conjures health and ammo; if they’re fighting their way through the Infected without a problem, the Director spawns a trio of minibosses. The end result is a game with very effective crescendos of chaos, but one that almost always seems (somehow) manageable.

This is actually not a concept unique to Left 4 Dead; as Anthony Burch wrote back in Issue 195 of The Escapist, developers use very tightly controlled behind-the-scenes tech in order to evoke a specific emotional reaction in the player, and to make them feel like they triumphed over impossible odds. In Half-Life 2 Episode 2, you’ll get overrun by the Striders no matter what – but still pull through in the end – and in Metal Gear Solid 4, you’ll make it to the end of the game’s climax broken and battered, but in one piece. Maybe it’s a bit of developer trickery, but it’s a damn good one.

So why couldn’t we see it in a high-end raid in a game like World of Warcraft? 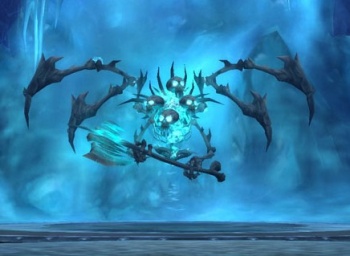 For the time being, let’s handwave the tech requirements: Obviously, keeping track of 25 raiders – their health, mana pools, who they’re targeting, what actions they’ve been taking – is much harder than just keeping track of a quartet of Survivors. Let’s assume that whatever developer was making this game had the technological savvy and resources to make a game that was smart enough to adjust an encounter on the fly depending on the performance.

This “smart” AI boss knows how much HP and mana all the players in the dungeon have at all time. It tracks who is healing whom, it tracks how much damage the players are doing, and with what abilities they’re using to do it. If this Smart Lord Marrowgar spikes a player who it has detected was healing one of the three tanks, it automatically lowers tank damage to compensate. If one of the healers dies, overall damage is reduced, and if a damage-dealing player is killed, the AI will make the boss take slightly more damage from all of the other players to make up for it.

In this way, even an attempt where things go wrong can be a successful kill. Instead of having dungeon difficulty represented by a series of steps where, once you pass a certain threshold of raid dungeon experience (and/or quality of equipment) you succeed, we’d get a more gradual slope of progression. For many, the boss fight would be easier – but let’s not forget that there’s a flip side here, too. Not only would the the AI weaken the boss’s abilities to compensate for poor player performance, but it would also make the boss stronger when up against pros.

Is everybody alive, and do the healers still have most of their mana? Great, let’s up the damage and add a nasty bleed effect to his melee strikes that will need to be healed through. Man, the raiders are sure doing a lot of damage – we’ll spike the three characters topping the meter, and the boss will therefore start taking less damage.. Hell, a boss could be designed with some secret abilities that it wouldn’t use unless facing a raid full of people at the top of their game.

In this way, you’d accomplish something along the lines of what Blizzard’s WoW team is already trying to do with the Hard Modes for its raid bosses, only it would be a more organic and less fixed experience. 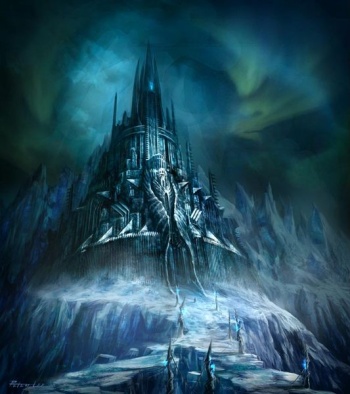 But would it be what players actually want? Personally, I think it would be a great addition to the genre, but it would probably make the vast majority of the “hardcore” playerbase unhappy. The benefit of WoW‘s Hard Modes is that they confer additional rewards; if the top tier of raiders get the difficulty but none of the bonus goodies, where’s the incentive to improve?

While you could certainly work up an algorithm to determine loot rewards on a “Boss used stronger ability = Boss drops better gear” basis, in an ideal world this wouldn’t even be necessary. I certainly enjoy the fights themselves, seeing everything come together while chatting with friends on Ventrilo, but, for many people who play MMOGs, there’s a very ingrained action/reward system. “I have triumphed over this hurdle, ergo I am rewarded with better equipment.”

Compare that to a game of Left 4 Dead 2. If the only reason you were playing the game was the final “The Survivors have escaped!” message, you’d quit after a few tries on Expert difficulty. But you – and I – keep playing because the varied experience is entertaining in and of itself, win or lose. Simultaneously, a boss that responded to player performance by growing stronger or weaker correspondingly would make for a more varied and entertaining experience – and one that could never quite be reduced to “on farm” status.

Then again, maybe players like having content “on farm,” so to speak. If implemented poorly, it might just end up like Final Fantasy VIII‘s strange design decision to have all the monsters level up when you did. If you get stronger and go back to the very first area to fight monsters, and they give you just as much trouble as they did in the beginning, what’s the point in getting better in the first place? Is it just for the sake of … getting better?

Maybe. I still think it would be a cool idea to implement in an MMOG. But perhaps for most people, L4D‘s AI Director and massive online raid content are like orange sherbet and pizza: Awesome on their own, but hell if you’d ever want them combined.

John Funk’s guild killed Lord Marrowgar on Saturday, but Lady Deathwhisper is going to be a total bitch and a half.