Ah, to be a “WoW killer.” Truly the Holy Grail of the MMO genre, and perhaps the most discussed-at-length question in the industry: How do you beat World of Warcraft? Sure, some have offered their own insights into the matter, but here’s the truth of the situation: You don’t. Before WoW launched in 2004, a MMOG was considered a massive success if it had half a million players – a million was almost unheard of; out of reach of all but the most popular of games.

Now, I’m not saying that developers should all suddenly throw their hands in the air and abandon their current projects to make casual social games like Mafia Wars – the games itself can stay as hardcore as you want. I’m talking about developers get people to give their games a second look – and how they bring them into their worlds to start. Because as much as game developers tout how social their games are, getting started is anything but.

We stress how social these games are. We trumpet the virtues of the Massively Multiplayer idea, playing with people from all over the world. And yet, we force new players to start what should be an epic, social journey in an essential communications blackout. If your friend plays a game and you do not, they tell you to play the game. You, never having played an MMOG before, walk to the store, pick up your copy of the game, take it home – do you have the specs to run it? What server are your friends on? What characters do they play, and what should you play? How will you meet up with them in-game? You’ll have to be on the phone with them as you install – why shouldn’t developers incorporate this into the whole experience?

Think about Facebook again. For all it can be annoying to delete all the dozens of invites in your inbox if you really don’t want to play any of these games, it’s a remarkably intuitive system if any of the games do pique your interest: Your friends are all playing this game; you should play this game too! Click button, get plug-in, bam, you’re in the game. It’s intuitive, it’s quick, and – the critical component that most MMOGs lack – it’s accessible. Even WoW, which made huge strides toward this end by having relatively low (and incredibly scalable) system requirements, only has “Refer-A-Friend” toward this end, and that’s still a bit of a cop-out. 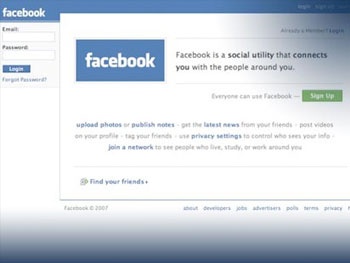 Here’s how it should work. Say you, my good friend, play the MMOG Dragonkill Quest. You think it’s a great game, and you want me to play too. So you open up the in-game system and send an invite to my email address. I get an email telling me that my real-life friend Bobby Buddy has invited me to join his powerful level 47 Half-Orc Barbarian in Dragonkill Quest. Said invite takes me to a site where I can download a system checker to see if I have the machine to run DkQ, and if I do, I can buy and download the game right there on the spot.

Having bought, downloaded, and installed Dragonkill Quest, I’m all ready to start playing. Since I was invited to the game by you, my account is flagged as your “apprentice,” and the moment I first start it up, it tells me: the server you play on, what faction you are, what race/class/level your character is, and what zone you’re currently in.

If I’ve never played a MMOG before and don’t know my Rogues from my Clerics, maybe the game gives me the option to take a personality test to help suggest a class: “Do you like to be in the thick of combat or stick to the rear? Are you a killer, or are you a helper?” The moment I create my character, it sends you a notification with the same information – a /whisper if you’re online, an in-game mail if you aren’t – and adds us both to each others’ friends lists.

It doesn’t matter here if the two of us are core gamers or casual gamers. It doesn’t matter if I’ve ever played a MMOG before, or if you’ve been playing these games since Ultima Online. This system could work with blockbusters like WoW and The Old Republic, free-to-play games like Maple Story or Runescape, or even casual social games and browser games with a persistent element.

A system like this would simply connect people who want to play together. It doesn’t matter how good your in-game tutorial is if you leave them completely high and dry with the pre-game stuff. You can make the most accessible and player-friendly game you can imagine, but if there’s no easy system to get people looking at your game who would have never otherwise given it a second glance, than you might as well not have bothered in the first place.

As it stands, though, for all we herald the communities that spring up around these online games, there is still a heavy barrier in front of people considering trying the genre out before they ever log in. As long as that barrier remains, and as long as games do nothing to make themselves accessible above all else, then the market will never – and likely can never – get much larger than its current top dog. If any game ever does kill WoW, it will be a game that makes players feel like part of a vibrant community from the moment they first put their money down, not from the moment they hit the level cap.