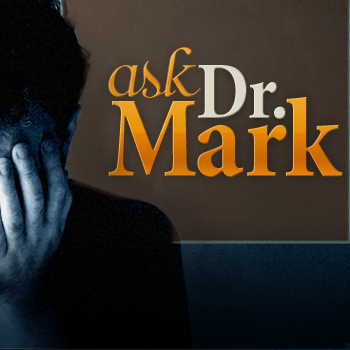 I spoke to my mom after the recent horrific tragedy in Newtown, CT and the first words out of her mouth were: This must have something to do with those violent videogames people play. What do you think?

It is hard not to feel profound sadness about this most recent tragedy. It’s also natural to want to make sense of a catastrophe in order to cope with the pain–it helps us feel safer in the face of something frightening if we think we know the cause.

Unfortunately, this can be difficult. While investigators sift through evidence, conjecture will be rampant, leading people with all sorts of agendas to assert their views. Some will point to gun availability as the problem. Others will wonder if the perpetrator was bullied or humiliated. Some will think the problem was laxity in school security protocol. Some will look to problems at home. Some will reflect on the young man’s chronic mental health issues. And some, like your mom, will think of the stereotypical first person shooter as an obvious practice ground for people with violent inclinations.

I’ve been asked many times by gamers and colleagues about the link between violent videogames and violence. As I noted in a previous column, there is literature supporting the idea that violent videogame play is associated with increased levels of aggressive thought, affect, and behavior. However, it remains my belief that many gamers achieve some discharge of aggressive impulses through game play, and most are able to make a clear distinction between make-believe play and real life carnage.

This isn’t to say that violent games might not act as kindling for troubled individuals, just as the presence of lethal firearms may allow actualization of mass murder fantasies. The mixture of these factors with malignant and insidious forms of mental illness is the problem I see, and our society’s failure to address the latter has become a source of great concern. I have some perspective to offer on this matter.

In 1963, via the Community Mental Health Act of that year, our government undertook an initiative to deal with mental illness. The idea was to use advances in psychopharmacology to allow for “de-institutionalization” of chronically mentally ill patients, many of whom were warehoused in unsavory state facilities for life. The hope was to provide supports in the community through local mental health centers, while long term inpatient care remained an option for those who needed it. This system was far from perfect. In many cases community programs failed to materialize, and hopes for cure or remission from medication sometimes proved elusive.

Gradually, the persistence of mental illness wore down the will of the government and by the late 1970s, fatigue set in. Funding for community mental health evaporated, while expensive long-tem inpatient facilities were also closed. It was easy for those looking to cut government expenses to see inefficiencies in care that didn’t seem to solve problems and was chronically necessary.

Responsibility for mental health care devolved to insurance companies and private providers. Community hospitals came under increasing pressure to reduce short term inpatient stays to the point where they were often useless, and many hospitals simply closed their psychiatric units because low reimbursement rates made it impossible to sustain them. Today, patients who need intensive institutional care may find themselves stranded in emergency rooms while care workers search for rare hospital beds that match their insurance. Once hospitalized, stays may range from a few days to a week or two at best, and pressure for discharge begins upon admission. This often allows for little or no real treatment, other than medication, on inpatient units that are dealing with the most fragile and vulnerable among us.

It is also extremely difficult to hospitalize a patient against his or her will. This requires a civil commitment paper to be filed by a qualified mental health provider or judge, and currently it only guarantees transportation to a hospital emergency room for patients who are clearly at risk to themselves or others. Many such patients quickly learn what to say to get discharged, which doesn’t mean they are any safer than before their ER visit. Others are hospitalized involuntarily for brief periods subject to the same insurance strictures. Our system goes to great lengths to protect the individual from unwarranted incarceration in a psychiatric facility, but does it do enough to protect the rest of us from people who need to be in a safer place?

For some problems, outpatient care may be indicated, but access to this has become increasingly difficult. It is a great challenge to find an appropriate provider who accepts a client’s insurance plan, owing largely to major reductions in reimbursement rates and vigorous case management by insurers, which has led some skilled and experienced outpatient providers, especially child psychiatrists and psychologists, to eschew insurance altogether.

When I look at the care environment today, I see families struggling to get basic care for severely troubled children, even if they accept this is necessary, which is often a long and painful process for loving parents. You might imagine that families with significant means can overcome this obstacle, and in some cases, this is true, but general erosion of the quality and availability of care can ultimately affect everyone.

It doesn’t have to be this way. A viable social welfare safety net should include access to a continuum of mental health care, ranging from long-term inpatient hospitalization, to shorter term community inpatient care, to supported residences, to intensive day treatment programs, to outpatient services including psychotherapy and medication. This care should be available to both children and their families, as parents are often stressed and overwhelmed by the task they face. This was the vision of early community mental health planners that was cast aside due to unrealistic expectations about recovery rates and cost.

These expenses are real and substantial. But can we really afford to avoid them?

Dr. Mark Kline is Clinical Director of HRS, Inc, a non-profit community mental health center in Wellesley, MA. Have a question for Dr. Mark? Send it to askdrmark@escapistmag.com. Your identity will remain confidential.