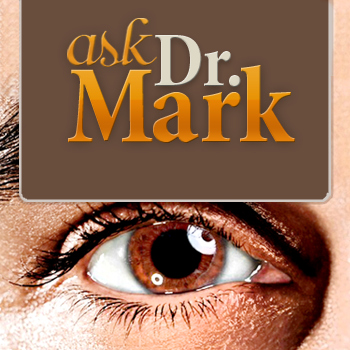 I’m concerned that the defensiveness of gamers against criticism of our hobby has become knee-jerk and automatic without any real critical thought on the matter, that the gaming community’s response to concerns about the hobby ranges from rigidly defensive to venomously hostile.

As gamers who play games often and ardently, shouldn’t we be the ones asking questions about the activity and the subculture surrounding it? Are there issues related to videogames and their usage that we should be thinking about that we aren’t?

You’ve raised some very important issues. Given the Obama administration’s new initiative, public scrutiny will certainly focus on the impact of violence in games. While this is understandable, there are other gaming effects worthy of study. Here are some to consider:

Gaming as Mental Paralytic–Can gaming somehow abduct the mind so players are unable to think clearly and persistently about other things? Can it occupy the mental space during play and otherwise, so gamers have difficulty engaging with ideas, activities, and relationships in the real world? Are there great innovations not being conceived or birthed because gamers are engrossed in fascinating, self-stimulative entertainment that pacifies and satiates the mind but somehow impoverishes thinking and productivity?

Gaming and Pleasure–Does the stimulation provided by gaming become a reliable way to feel good that supercedes others, and even makes real-world pleasures seem pale and inadequate? Could this even be a neurobiological phenomenon–with game experience generating some endorphin-like brain state? I myself have experienced this as almost a trance–soothing and reliable, interspersed with moments of predictable and intense adrenaline rush. If you’ve grown up with gaming, could you become so accommodated to this form of pleasure that your inclination to pursue other joys would be limited or atrophied?

Gaming and Community–Does immersion in gaming and gaming communities cause gamers to withdraw from family and friends in a way that can be detrimental? So many families seem riven by conflict around gaming, and the atmosphere in these homes is too often what I would characterize as absent presence. That may be the best way to cope with miserable, troubled situations, but some of these are perfectly nice families. I believe in the value and power of gaming communities, but what if these become so overvalued that they detract from real-life connections?

Gaming and Social Skills–Colleagues report an epidemic of young men (and some women) who have extremely poor social skills, which include a basic failure to recognize social cues, a difficulty engaging in reciprocal social relations, inappropriate gestures, impulsivity, and profound social immaturity. Some of this might be “autism spectrum” stuff, or it may simply indicate a failure to develop basic common sense. While some kids have developmental disorders which can benefit from online socializing, could intensive gaming or other internet use limit the development of age appropriate social attunement for others? This is a question parents and educators ask frequently.

Gaming and Intimacy–Do intensive gamers experience a drop-off in libido and a lack of interest in sex? Is this simply a matter of investing their energy in something else, or failing to go to bed at the same time as their partners, or even feeling less inclined to find sexual partners? Maybe gaming makes you even randier and you have sex more since you game, but I’ve seen many situations where gaming seems to kill a decent sexual relationship.

Gaming and Health–Do serious gamers get enough sleep? Does their exposure to light and stimualtion late at night put them in a different physiological time zone? Many schools report exhausted teens slumping over on their desks, asleep at school. Of course, school can be boring in its own right, and teens typically have odd hours, but it is not unusual for many to be late night gamers. People who don’t get enough sleep put themselves at risk for a wide variety of health issues, and they are often irritable and unpleasant to be around. Is gaming largely a sedentary hobby that limits exercise and inclines one toward an unhealthy diet (i.e. one that can be eaten easily while gaming). If we did a film like “Super Size Me” on a gamer (for those who don’t know, this 2004 film by Morgan Spurlock measures a man’s health indicators while living on McDonald’s food for a month), what would we find?

Gaming and Mental Health–Can gaming be a way to avoid psychological issues, like depression and anxiety, that won’t get better without acknowledgement and effort? Can it even create or exacerbate some mental health issues? Many parents report irritable, moody behavior after their children have been immersed in video games. Is this just because they are mad at having to stop, or is something more profound happening–does the gaming experience have a mood altering effect? Does gaming impair attention and focus, or does it actually enhance these capacities as long as we are engaged in something stimulating and interesting? If so, how do we stay involved with all life’s necessary functions that don’t fit this description?

My experience has shown me that today’s video games penetrate deeply into the psyches of devoted players. While I know that gaming can be a magical, thrilling hobby, and I respect your right to game and the possibility that you may be able to do it without adverse impact, gamers should not be afraid to ask serious and thoughtful questions about their hobby. I’m impressed by how little the general public really understands gaming and gaming culture. If we let them frame the debate, we can’t be surprised if there is a narrow focus on violence.

Dr. Mark Kline is Clinical Director of HRS, Inc, a non-profit community mental health center in Wellesley, MA. Have a question for Dr. Mark? Send it to askdrmark@escapistmag.com. Your identity will remain confidential.