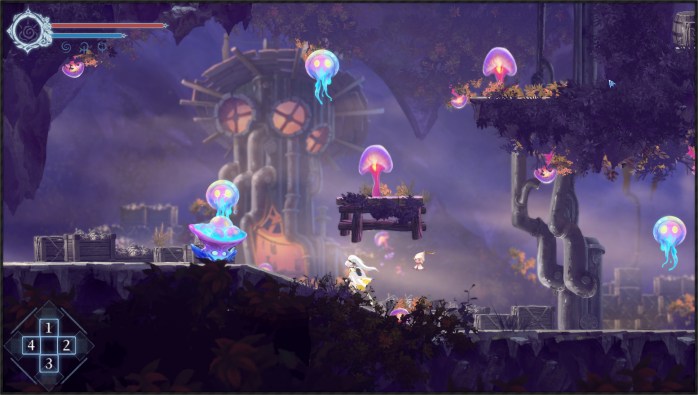 Hand-drawn anime Metroidvania Afterimage has received a release date of April 25, 2023, for PC via Steam, Nintendo Switch, PlayStation 4, PlayStation 5, Xbox One, and Xbox Series X | S. Publisher Modus Games and developer Aurogon Shanghai showcased the Afterimage release date trailer during today’s installment of Nintendo’s Inside the House of Indies: Holiday Event series. The new footage highlights combat in the land of Engardin and the many characters players will meet and fight.

Aurogon Shanghai says players can expect a world filled with treacherous non-linear environments to swiftly move through when Afterimage launches next year. On their journey, players can find more than 200 pieces of equipment with six different classes and even more skills to experiment with. Fans of Metroidvanias with RPG elements will have plenty to keep them entertained as they make through way through Engardin’s secrets and challenging boss fights. Here is more on the game’s story from Modus and Aurogon Shanghai:

Years after the cataclysm called “The Razing” nearly brought an end to human civilization, mystic forces suddenly assaulted mankind’s remaining settlements. Seeking to investigate these attacks, an amnesiac girl named Renee bid farewell to her destroyed village and embarked on her journey to discover the truth, inexplicably setting into motion a series of events that will determine the fate of the new world.