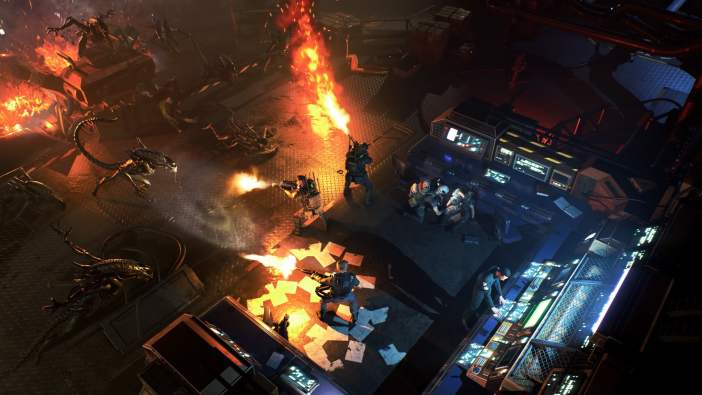 Focus says Aliens: Dark Descent tells an original story in the Aliens universe and features squad-based gameplay. Players take the role of customizable marines, using a vast arsenal of weapons, armor, and abilities to progress. Xenomorphs will adapt to your tactics as you learn to overcome their speed and numbers, so you should expect to stay on your toes, too. The goal is to gather the resources necessary to repair the Otago spacecraft that you and your team are stranded on.

Here is how Focus explains it:

Explore the horrors and wonders of the Alien universe like never before, immersing yourself in a brand-new Alien storyline that introduces a new threat and a cast of new marines to the iconic horror franchise. Uncover planet Lethe’s sinister secret, battle against an onslaught of iconic Xenomorph creatures and put an end to this new menace.