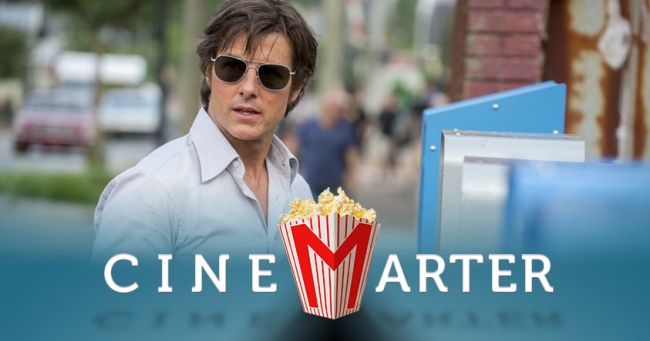 Director Doug Liman‘s second movie of 2017, American Made, is a largely dull project, one that coasts by on the charisma of Tom Cruise and a you-can’t-believe-this-is-technically-a-real-story factor. Of course, the events aren’t identical to real life. It’s “based on a true story,” which gives movies based on reality to be liberal with the facts. Personally, I’m fine with that. If they’re not documentaries, why should we care if they’re historically accurate. Real life provides good narratives, but in theory screenwriters should be able to think up better ones.

Cruise plays Barry Seal, a pilot married to Lucy (Sarah Wright) who has a side job smuggling Cuban cigars. He gets hired early on by a CIA agent (Domhnall Gleeson) to leave the airline business and start doing reconnaissance missions, flying over South America and taking pictures of insurgents. That’s not a lucrative business, so he eventually takes a side job smuggling cocaine. Then guns. Then people. And not always for the “bad guys.” He bounces back and forth between working for drug dealers and the cartel and various government agencies. If there’s one novel aspect to American Made, it’s this. 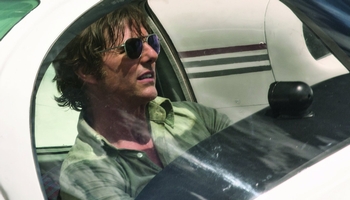 However, is that really all that original? After all, these types of movies always have the protagonist bounce around from various groups – it’s just that in this film, the government agencies keep rising on the hierarchy as Seal continually avoids actual consequences for his actions thanks to a higher ranking official thinking he could be of some value.

In a way, that’s kind of frustrating. These types of movies are pretty formulaic to begin with: A guy (it’s almost always a guy) is good at one thing but otherwise pretty stupid/naive and uses that skill in order to do something illegal and make lots of money. Then he gets too big, messes up, and gets his comeuppance. American Made feels like it should be a lot briefer than it is; he probably should have gotten to that last point way earlier. Instead, we start to get repetitive – just with bigger and bigger jobs, which in theory increase the stakes but in practice play out identically.

American Made gets repetitive midway through, and it doesn’t have a protagonist worth investing in, leaving us feeling bored and a little frustrated.

That’s less of a problem if we’re rooting for our protagonist. This is where American Made‘s next big issue is. Apart from being played by Tom Cruise – which, admittedly, makes up for a decent amount – Seal is, to be blunt, a stupid jerk. An early scene showcases the latter attribute – he causes turbulence on an overnight flight that wakes everyone up just for the laughs. And he’s not smart, either. He just goes along with pretty much what everyone says in order to avoid trouble. We’re cheering for him why, exactly?

American Made is also really ugly. It’s been filmed with lots of handheld and close-up shots, with lots of grain to emulate both the time period – the late ’70s and early ’80s – and guerrilla filmmaking. It’s displeasing to the eye, and not as immersive as one might hope. As far as I’m concerned, it’s a choice that didn’t pay off. At least it’s not edited like a Bourne movie. 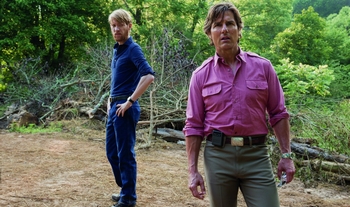 Tom Cruise is the best part of American Made, and with so much of the movie focused on him, that’s a good thing. He’s always charismatic, and is maybe no more so than when he’s just trying to find a way out of a given situation. He at least tries to get us on board with his character. He can’t quite do it, but he comes close – just because he’s Tom Cruise. The other main actors, Sarah Wright and Domhnall Gleeson, don’t get a whole lot to do. The former gets a couple of fun freak-out scenes while the latter is here primarily to dump exposition.

American Made is based on a true story but has been fit into a typical Hollywood rise-and-fall storyline. It gets repetitive midway through, and it doesn’t have a protagonist worth investing in, leaving us feeling bored and a little frustrated. It’s an ugly-looking movie, and while it has some laughs, they’re not enough to make it worth watching. Tom Cruise tries his best to hold our interest, but he ultimately can’t do enough to save the movie. American Made is a mediocre movie.

Bottom Line: American Made is a dull and ugly rise-and-fall story.