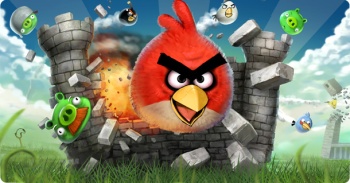 The Wall Street Journal recently published an article examining popular iPhone and Android apps, including the mega-hit game Angry Birds, to determine what kinds of communications they were transmitting while they were running. Conducted by David Campbell of the software security company Electric Alchemy, the experiments involved using apps in isolated environments on devices restricted to running a single application at a time; the phones’ data traffic was forced through a Wifi connection where it could be collected and analyzed.

The Journal found that the multi-million-selling iOS game Angry Birds was among the most egregious violators of Apple’s policy not to transmit user data without permission, claiming the game transmitted the user name and password, contacts, location and phone ID to third parties. Rovio quickly and strongly denied the allegation, however, saying the report was just “vague enough to instigate mistrust in our users.”

“Angry Birds does not under any circumstances collect or store personally identifiable information that could be connected in any way to individual users,” the studio said. “Absolutely none of this has anything to do with advertisers – we don’t have advertising in our games on the iOS.”

A Rovio rep said the game does transmit data via the Crystal social gaming platform and Flurry analytical software, neither of which use identifiable data or are involved with advertising firms. “Crystal does not store any personal information, as insinuated by the WSJ article, nor does it utilize any data without the user’s explicit knowledge,” the rep said. “Flurry collects analytical data to display numerical data such as numbers of users per different countries based on Phone ID and general location. This information is only displayed as aggregate statistics – Flurry never stores or displays any data pertaining to an individual.”

The studio said it uses the data “to improve the quality and scalability of our service now and in the future.”

Other popular iPhone apps found to be transmitting various bits of user information include PopCap’s Bejeweled 2, which sends user name, password and mobile number to third-party advertisers, Paper Toss from Backflip Studios, which transmits location and phone ID, and The Moron Test, which also broadcasts location and ID.