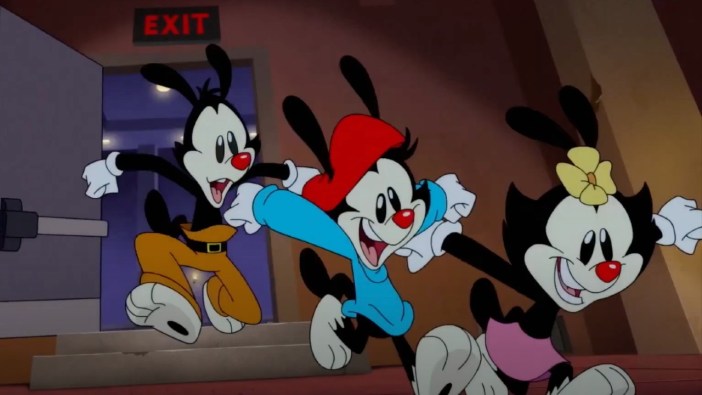 Hulu just dropped the latest trailer for Animaniacs season 3, and it shows Yakko, Wakko, Dot, and Pinky and the Brain giving the reboot the epic grand finale of a lifetime. It gives fans a preview of the new misadventures the characters will get into, filled with more pop culture parodies, comedy sketches, and musical numbers to entertain both kids and their parents — especially parents who watched the original series as children in the ’90s.

As this Animaniacs season 3 trailer shows, the Warner siblings try to escape imprisonment from their own water tower, Pinky and Brain are still plotting to take over the world by any means necessary, and the show will explore more avenues of contemporary pop culture and current events, such as climate change and the cutthroat world of being a social media influencer. The lab rats even find themselves in a parody of Mad Max: Fury Road, with deadly vehicles chasing after them as Pinky points out exactly what movie they’re in by saying, “You might say there’s a lot of fury on this road.”

The Animaniacs reboot was originally seemingly set to air for two seasons, as the shot in the intro of Yakko, Wakko, and Dot signing a contract with the Grim Reaper implies. However, Hulu and Warner Bros. renewed the series for a third season in early 2021 and then announced its release date last month, making it clear that it would be the final season — and three episodes shorter than the previous seasons. That means the reboot will have run for 36 episodes, whereas the original series ran for 99 episodes. At least it was fun seeing them poke fun at dictators and fight bunnies in anime form (specifically in the style of Kill la Kill from Studio Trigger).