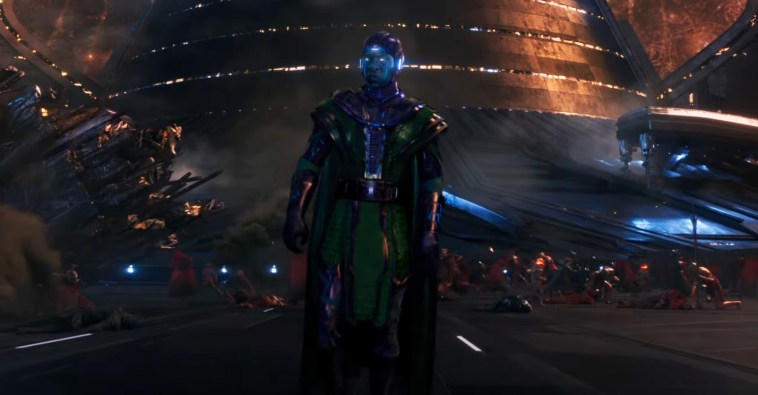 For the most part, the first two Ant-Man movies are action comedies that are charming enough on their own and don’t try too hard to be integral to Marvel Cinematic Universe (MCU) continuity. That’s all changing in the new trailer for Ant-Man and the Wasp: Quantumania, in which Scott Lang (Paul Rudd) seems to make a deal of some kind with Kang the Conqueror (Jonathan Majors), only to be betrayed by Kang and get trapped in a desperate struggle for survival. It’s a heavy dramatic turn by Ant-Man standards, and it’s setting up the next couple phases of the MCU Multiverse Saga, which will evidently involve a lot of Kang, especially in the Avengers movie that has his name in it.

Recent MCU events caused Scott Lang to lose precious time with his daughter. In the new Ant-Man and the Wasp: Quantumania trailer, Kang offers to give him all of that time back somehow. It’s a rather emotionally resonant premise for an MCU movie, especially an Ant-Man movie, and the trailer does a good job of making it look like Scott Lang is completely outclassed this time. There’s a snappy little dialogue exchange where Kang says, “You thought you could win?!” and Scott only responds, “I don’t have to win. We both just have to lose.” Props where it’s due, this is probably one of the best MCU trailers in recent times.

You can pick apart the new Ant-Man and the Wasp: Quantumania trailer for Easter eggs. There’s a big floating head thing at 1:46 that looks kind of like M.O.D.O.K., but I’m sure there’s some super fan that can explain articulately in the comments who/what exactly that is and why it is or isn’t M.O.D.O.K. Whatever it is, it looks cool.

Ant-Man and the Wasp: Quantumania arrives in theaters on February 17. In addition to Rudd and Majors, the cast will include Evangeline Lilly, Kathryn Newton (as aged up Cassie Lang), Michael Douglas, and Michelle Pfeiffer.